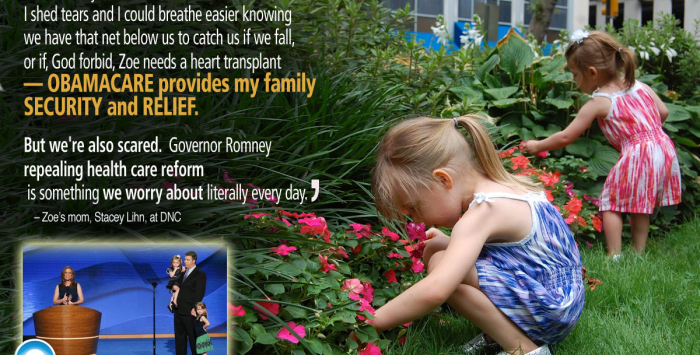 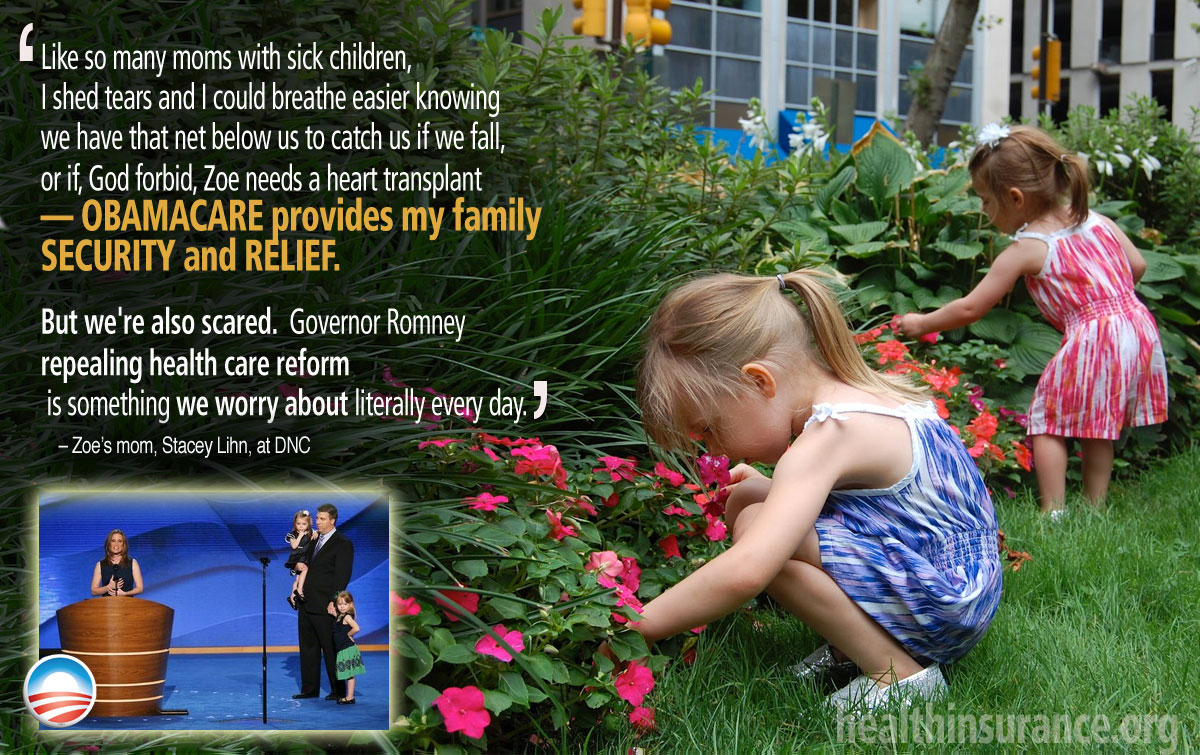 From the explicit mention in the Democratic platform of the Affordable Care Act to the embrace of the term “Obamacare,” Democrats started off their 2012 Convention by praising health reform not burying it. In contrast to the Republicans, who mentioned it only in terms of opposition to the President, Democrats proudly and loudly touted the benefits of Obamacare in the first night of their convention.

If there was any doubt about whether or not Democrats would embrace the signature achievement of Obama’s first term, that doubt was laid to rest in a series of strong speeches of support. A fiery Nancy Keenan of NARAL described the threats to women’s health from a Romney Administration. Stacey Lihn, a woman whose baby daughter had been born with a severe heart defect, brought the Convention to tears with her story of how her baby’s surgeries had exhausted half of her lifetime benefit in her first year of life, but thanks to Obamacare, and the ban on lifetime limits, they could now afford the third surgery the baby needs to survive. Hard to make up stories like that.

The current Secretary of Health and Human Services, Kathleen Sebelius hit hard on what Obamacare does for women, how it will protect Medicare and called it a “badge of honor.” Other speakers such as the current Mayor of Chicago and former Obama Chief of Staff, Rahm Emmanuel, reminded the Convention of how tough it was politically for Obama to put his Presidency on the line for health care. Appealing to the youth vote, actor Kal Penn of “Harold and Kumar” fame, thanked Obama for giving his generation access to affordable health care and exhorted the audience to affirm a four letter word: VOTE.

Much of the mention of Obamacare was about the specific provisions in the law and how they were helping ordinary people. The closing of the doughnut hole for prescription drugs, the ability of young people to stay on their parents’ plans until 26, the preventive benefits and contraceptive coverage.

One of the few references to Romney came in the keynote of Julian Castro, the Mayor of San Antonio, who was on a roll about what the Republicans would do if elected. Castro said,

When it comes to expanding access to good health care, Mitt Romney says, “No.”

(And then Castro paused dramatically while the audience waited to yell “no” back.)

The First Lady, Michelle Obama, brought it home in her passionate speech about her husband. She noted that Barack did not care if health reform would be difficult to do. He cared that it was the right thing to do.

And then she mentioned the key Democratic talking points about children having the ability to see a doctor when they’re sick or women being able to make decisions about their own health.

Democrats were on message and the message was that Obamacare was a good thing. A thing to run on, not run away from.

What no one mentioned, of course, was the fact that 30 million people will not be covered because they are undocumented or refuse to buy insurance. That Obamacare relies heavily on private insurance and has no public option. That $700 billion saved from Medicare will help support the subsidies for Obamacare.

And a surprising omission – that the Republicans have no real plan to replace Obamacare. Repeal yes – replace, with what?