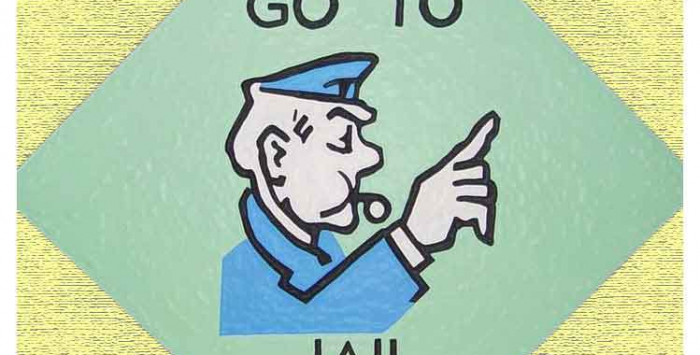 You’d think opponents of health care would be content with getting Americans worked up about issues like abortion and immigration in order to bog down passage of a health reform bill, but today, bloggers and Tweeters are whispering in a really loud, gasping voice, “Jail time for folks who don’t buy health insurance?”

We’re not that surprised. It’s actually a pretty logical leap for folks who want to scream about the tyranny of an administration whose goal to make sure everyone has affordable, quality health insurance is denounced as a “power grab.” (What? Grabbing of power from a powerful industry?)

Yes. You heard it. President Obama said in an interview yesterday that folks who do not comply with federal law – in particular folks who would decide not to comply with an individual mandate – could ultimately end up in jail. More specifically, they could go to jail if they did not pay the fines (actually tax penalties) that would result from their decision to not purchase health insurance coverage as mandated by health care legislation).

So what the President is saying is that – just like any other law that some citizens might deem unfair – a health insurance mandate as part of federal law must be obeyed. The law, in other words, is the law. Go figure.

The argument is that our new administration would oppressively force Americans to buy a product or service in a way that Americans have supposedly not been asked to do ever before. And that argument might hold water if you didn’t include government-ordered products like seat belts (which everyone is required by law not just to wear but to pay for in the price of their new car) or school buses (the expensive ones that keep our kids safe because they’ve been blinged up with federally mandated safety features). OK. Basically don’t include anything mandated by the federal government that makes Americans more safe.

It is, as the President points out, “a basic concept of responsibility.” And in a nation seemingly obsessed with personal responsibility, the goal of universal participation in health coverage should be a no-brainer.