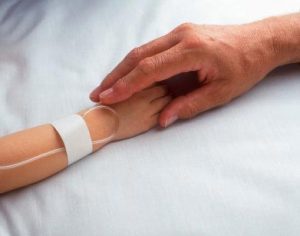 It doesn’t take a political wizard to understand that health reform will hit a brick wall as a result of yesterday’s election results. The brick wall is, of course, the newly elected Republican majority in the House of Representatives.

As an article from Bloomberg clearly reveals (no longer available online), the GOP House majority will be coming at the new law from every angle. Some attackers will take a more moderate tone, promising they only want to replace some of the law’s provisions. Others are still promising to push for a full repeal.

So far, there’s plenty of agreement that the legislation can’t and won’t be repealed but, as opponents are predicting, the legislation will face 1,000 tiny cuts over the next two years. As John Boehner put it, “They’re not going to get a dime from us” for health reform funding, stating plainly that Republicans will fight appropriations bills needed to fund reform provisions that include state exchanges.

So will the legislation enter a suspended state of animation? Health care blogger Ezra Klein isn’t so sure. He suggests that the Obama Administration won’t simply roll over and Republicans might not want to spend all of the next two years fighting over the issue.

American families may expect a fierce battle in Congress, but they won’t want to see a battle that ends with the loss of consumer protections that eliminate annual or lifetime caps on coverage. They will not want to lose extended coverage for their dependents. They are not ready to allow insurers to resume denying coverage to children with pre-existing conditions.

Congress may have changed. The American public’s need for access to affordable health care has not.