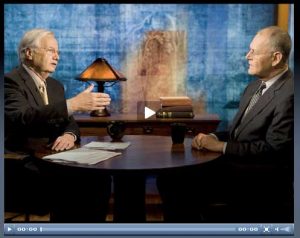 If you Twitter … and if you do regular searches on the phrase “health reform” … you’ll note an awful lot of posts in the past week about how Wendell Potter, the former head of PR for CIGNA, totally validated Michael Moore’s “Sicko” during testimony before Congress and an interview with Bill Moyers.

Last week, we posted our concerns about undue influence from the insurance industry upon the health reform process.

Here’s what Potter had to say about that influence:

BILL MOYERS: Why is the industry so powerful on both sides of the aisle?

WENDELL POTTER: Well, money and relationships, ideology. The relationships – an insurance company can hire and does hire many different lobbying firms. And they hire firms that are predominantly Republican and predominantly Democrat. And they do this because they know they need to reach influential members of Congress like Max Baucus. So there are people who used to work for Max Baucus who are in lobbying firms or on the staff of companies like Cigna or the association itself.

BILL MOYERS: Yeah, I just read the other day, in THE WASHINGTON POST, that Max Baucus’s staff met with a group of lobbyists. Two of them had been Baucus’s former chiefs of staff.

Potter is saying what even Democrats don’t want to hear: that as much as health reformers need to watch the industry, they need to watch the people who will be legislating the reform. As Moyers points out, the money the industry spends is “money that can buy access to have their arguments heard.”

On the proposed public plan option:

BILL MOYERS: Why is public insurance, a public option, so fiercely opposed by the industry?

WENDELL POTTER: The industry doesn’t want to have any competitor. In fact, over the course of the last few years, has been shrinking the number of competitors through a lot of acquisitions and mergers. So first of all, they don’t want any more competition period. They certainly don’t want it from a government plan that might be operating more efficiently than they are, that they operate.

If you haven’t watched this revealing interview, set aside an hour. Pass it on to the rest of the congregation – and don’t hesitate to call your legislator and demand to know how much he or she has accepted in contributions from the industry.