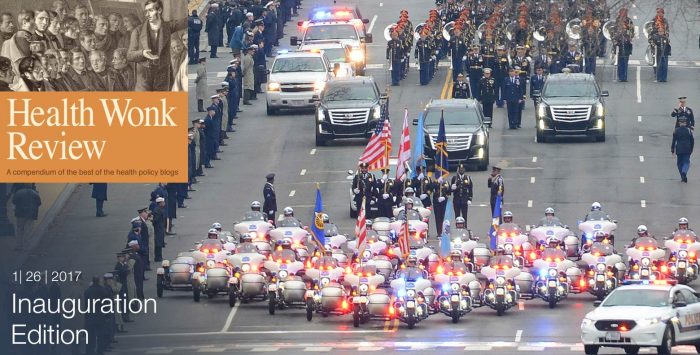 Sometimes, there’s just so much health policy blogging out there … it feels like Policypalooza or Wonktober Fest or something. Right now is one of those times.

I’ve never felt more buried in policy opinion … as though every wonk in the blogosphere seems to be madly churning out speculation about Donald Trump and his merry band of repealers’ nefarious plans for the Affordable Care Act … and how it’s really going to turn out.

If you like swimming about in this sea of information, you should be in hog heaven … and you’re in luck because this week’s edition of Health Wonk Review has even more of it. Joe Paduda over at Managed Care Matters hosted the Inauguration Edition and not only was it chock full of posts, but Joe assures us that these are among the best of the best whirling around in cyberspace right now.

I tend to agree, but as usual, I’m going to let you be the judge. So go on. Shoo. Hee yah. Git atta here and head on over to Health Wonk Review to feast your eyes.

And then come on back for another heaping helping of health policy – hosted by Yours Truly – on February 9.