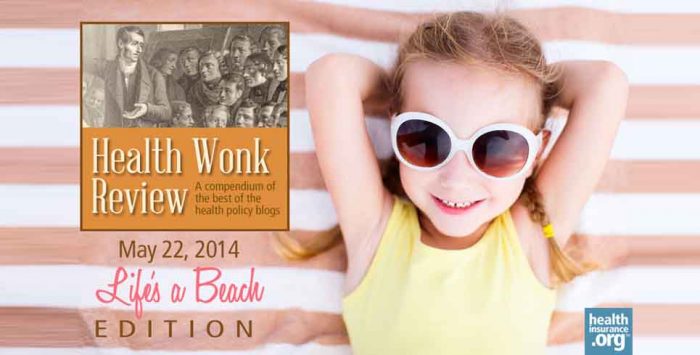 Summer’s here (at least it is where I am) and with it comes a summer-y edition of Health Wonk Review, posted by Hank Stern over at InsureBlog.

As we look forward to tides rolling in, it’s fairly obvious from this edition that the tides have ebbed a bit on Obamacare blogsmithing. Mr. Stern had just four Obamacare-centric posts to vet out of a dozen posts.

Fortunately – for reform junkies like me – they’re four compelling reads:

And that’s just the reform stuff. There are eight other great reads. (We were drawn like lake flies to the title of The Richdoctor Myth Revisited.)

So kick back on the beach – or wherever – slather on some sunscreen and wonk out.

Next up: Joe Paduda hosts Health Wonk Review on June 5 over at Managed Care Matters.