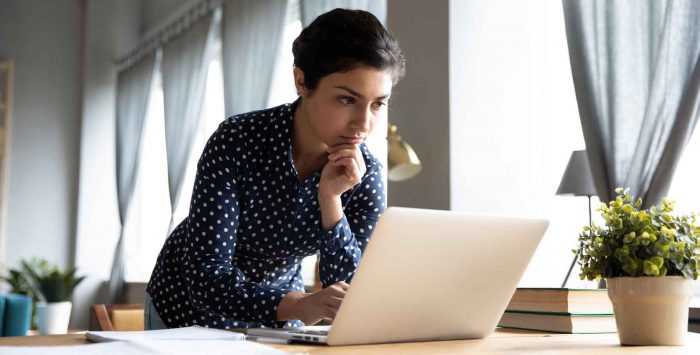 Price shouldn't be the only factor upon which you base your health plan selection – even if your primary concern is financial. | Image: fizkes / stock.adobe.com

Q. How can I choose the best health plan for me?

A. When it comes to selecting a health insurance plan, the premium is the most important factor for many shoppers — especially those who are currently healthy. But price shouldn’t be the only factor upon which you base your selection, even if your primary concern is financial (as opposed to things like provider networks, drug formularies, and quality ratings).

For many years, we’ve been helping our clients calculate the financial worst-case scenario, along with the average scenario, for all the plans they’re considering.

The worst-case scenario is pretty easy to determine. Just add the total annual premiums plus the maximum out-of-pocket for each plan, and see how they stack up. If you qualify for a premium subsidy, be sure to use the after-subsidy premium for each plan when you’re calculating how much the coverage will cost (you can find this even before you create an account with the exchange, by using the exchange’s plan browsing tool; it only takes a minute or two and doesn’t need any identifying data).

But some plans – especially at the gold and platinum level, plus silver-level plans for people who qualify for cost-sharing reductions – have maximum out-of-pocket limits that are significantly lower than those amounts. And they also cover more expenses before the out-of-pocket maximum is reached. Those factors are important to consider when you’re comparing the overall cost of various plans.

Let’s look at a hypothetical example for Kelly, a single 35-year-old applicant who doesn’t qualify for subsidies. She’s considering three different plans – one bronze, one silver, and one gold. All of them cover preventive care at no charge, as required by the ACA.

For this comparison, we’re assuming the gold plan is more expensive than the silver plan. But since 2018, that hasn’t always been the case, due to the cost of cost-sharing reductions (CSR) being added to silver plan premiums in many states.

The following plan descriptions are overly simplified in order to make the math easy. Although bronze, silver, and gold plans pay an average of 60, 70, and 80 percent of average total healthcare costs, respectively, their plan structure varies significantly from one policy to another, even within the same metal level. Health insurance carriers began to have the option to offer standardized plans through Healthcare.gov starting in 2017, but HHS opted not to continue standardized plan designs for 2019. Some state-run exchanges offer standardized plans, and California’s exchange requires all plans to be standardized. But in most states, it can be challenging to make an apples-to-apples comparison of plans, even within the same metal level.

Some plans have separate deductibles for services like hospitalizations and prescription drugs, some have copays for office visits while others count office visits towards the deductible. There’s no way to really compare plans without reading at least some of the fine print. But for the sake of our back-of-the-envelope comparison, we’ll just look at deductibles, coinsurance, and maximum out-of-pocket exposure.

We can easily calculate the worst-case scenario for the three plans: Multiply the premium by 12 months, and add it to the maximum out-of-pocket to see the total financial exposure for each plan:

But for most people, large claims don’t happen very often. And although some people may not use their coverage at all during the year, most people fall somewhere in the middle. Especially if you have a pre-existing condition, you can be relatively sure that you’ll incur at least some claims during the coming year. That’s where it’s helpful to judge each plan based on how it would perform in the event of relatively minor – but still expensive – claims.

What if Kelly breaks her arm and incurs a claim that totals $4,200 after the network-negotiated discount? Here’s her total expense for the year (premiums + out-of-pocket costs) with each plan:

If the only health insurance claims you make are for preventive care, a bronze plan is going to end up being the least expensive option, because the premiums are lowest and preventive care is covered 100 percent on all plans. But if you have other claims, a plan with a higher metal level might save you money over the course of the year, even though the premiums are higher. So even if price is the most significant factor in your decision, it’s important to remember to include the cost of a claim as well as the cost of the plan itself.

But don’t focus entirely on the cost of claims

For example: a plan with a deductible that is $1,000 lower than a competing plan, but that costs $100 more per month and offers similar coverage after the deductible. Buying it would mean that you’d spend an extra $1,200 in premiums, to possibly save $1,000 if you have a significant claim. That’s why it’s important to spend a little time crunching numbers before you select a plan.

And if one of the plans you’re considering is HSA-qualified, don’t forget to account for the tax savings you’d get if you contribute to an HSA during the year. Assuming you’d be willing and able to make contributions to an HSA, you’d want to subtract the tax savings from the total amount that each plan is going to cost you, so that you can get an accurate overall picture of how each plan would affect your finances.

If your plan has tiered networks, pay attention to out-of-pocket costs

It’s also important to be aware that some plans have tiered networks, which have lower copays and deductibles as long as you go to doctors and hospitals in the top tier. There’s some controversy around tiered network plans, but they tend to be popular with consumers, as they offer a good combination of low cost-sharing (assuming the patient sticks with top-tier providers) and affordable premiums.

If you’re considering a plan with a tiered network, pay attention to the out-of-pocket costs for both the preferred and non-preferred provider tiers, and crunch the numbers both ways. If you pick a plan with a tiered network, your best bet will be to use doctors and hospitals in the top tier. But it’s important to also understand what your costs will be if you end up needing to see in-network providers who aren’t in the top tier.

Silver plans have proven to be by far the most popular choice in the exchanges, accounting for roughly two-thirds of all enrollments in the first four years. Silver plan enrollments have dropped off a little in 2018 and 2019 (we’ll get into the reason for that in a moment):

Cost-sharing subsidies are generally not as well understood as premium subsidies, but as long as applicants are actively comparing the nuts and bolts of each available plan – as opposed to just looking at premiums – the silver plans that include cost-sharing subsidies will stand out as options that offer exceptional value.

Gold plans: a better value in some areas

Cost-sharing reductions (CSR, aka cost-sharing subsidies) were in the headlines throughout 2017, as the Trump administration repeatedly threatened to cut off funding for them, and then announced definitively in October 2017 that the funding would end.

Because the cost of CSR is now being added to silver plan premiums in most areas, there continue to be gold plans that are less expensive than silver plans in some areas (this became less common in 2020 than it was for 2019, but is still dramatically more common than it used to be). Consumers should shop carefully and look at all of the available options before making a decision — don’t assume that pricing will follow the patterns we saw pre-2018, when premiums generally rose consistently from one metal level to the next.

One size does not fit all

If your household income doesn’t exceed 200 percent of poverty ($43,440 for a family of three during the open enrollment period in the fall of 2020), a silver plan with integrated cost-sharing subsidies will likely be the best choice for you, and will likely provide a better overall value than the bronze, gold, or platinum plans.

This might also be true for people with income between 200 and 250 percent of the poverty level, but as noted above, a gold plan might be a better value in 2021 in some areas, due to the way some states and insurers are adding the cost of CSR to premiums.

People who have moderate pre-existing conditions and expect to file claims during the upcoming year will probably be better served by a higher level plan (or a cost-sharing silver plan if they qualify for it), regardless of premiums.

But very healthy applicants may find that they prefer the lower premiums of a bronze plan, despite the potential for higher costs if they do need to file a claim. And enrollees with very serious medical conditions, who know they will meet their plan’s maximum out-of-pocket no matter what plan they select, might find that they’re also better off with a lower-cost bronze plan (or an HSA-qualified plan at any metal level), since the combined total cost of the premiums and out-of-pocket exposure might end up being lower. There’s no one-size-fits-all when it comes to health coverage; each person’s health history, risk tolerance, and budget have to be taken into consideration when selecting a plan.

Personal assistance from a navigator or broker will be invaluable if you’re struggling to compare the various options available to you. (You can call one of healthinsurance.org’s partners at 1-844-608-2739 to talk with a licensed, exchange-certified broker who can enroll you in an ACA-compliant plan.)