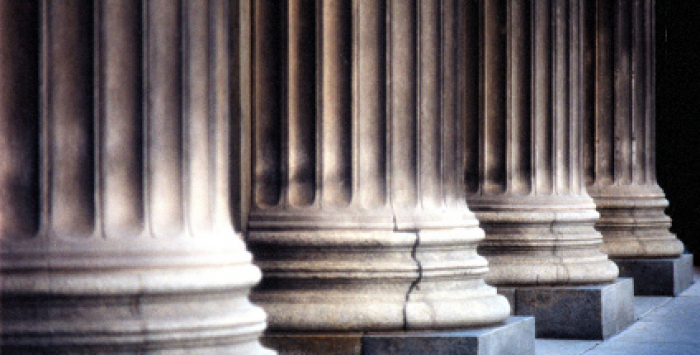 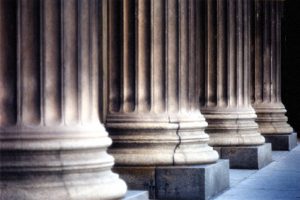 Two years ago, long-frustrated advocates of national health reform rejoiced as Congress passed the Affordable Care Act (ACA). Before the act was even signed, opponents began a campaign they described as ‘repeal and replace.’ This label, it is now clear, is misleading.

There is no agreed ‘replacement’ program. “Repeal” would kill expanded coverage for roughly 32 million low- and moderate-income Americans.

There is, however, a GOP program that goes beyond that, to roll back other health protections and roll back federal government activity to levels not seen since the 1930s. Republicans’ congressional leaders and their all-but-nominated presidential candidate embrace severe fiscal limits that would pretty much realize Grover Norquist’s dream of shrinking the federal government “down to the size where we can drown it in the bathtub.”

This program has three pillars, which together may be more important than health reform. Thus far, these pillars have received less scrutiny than they deserve.

The first pillar includes deep tax cuts linked to a balanced budget requirement, a combination that requires massive spending reductions. The tax cuts include elimination of all taxes on long-term capital gains and on much interest and dividends, ending the estate tax, permanent extension of all Bush era tax cuts, and additional rate cuts of 20 percent.

Pillar number two is deep Medicaid cuts and the program’s conversion into a block-grant. This policy is embodied in the House Republican Budget resolution, and is endorsed by the Romney campaign.

For five decades, the federal government matched every dollar states spend on Medicaid with one to five dollars. States are required to cover certain essential services for specific needy recipients. The attraction of federal matching funds leads most states to cover additional services such as adult dental care, and to cover additional populations within the ranks of the working poor. The federal match also helps states maintain coverage when recessions cut revenues while needs increase.

The Republicans’ program would replace Medicaid’s current financing with a fixed payment adjusted to grow more slowly than Medicaid has done. Had this approach been enacted in 2000, reports the Center on Budget and Policy Priorities, Medicaid spending in 2010 would have been 31 percent lower than it actually was. If enacted now, the House Budget committee plan would cut Medicaid expenditures ten years from now by about 34 percent.

Federal payments would not be slated to grow if the number of needy people grew, if the states covered additional services, or if the prices of services rose. Two-thirds of Medicaid spending now serves the elderly and the disabled. Inevitably, eligibility and service coverage would narrow for these groups, along with services to others in economic need.

Pillar number three is the conversion of Medicare from a “defined benefit” to a “defined contribution” program. Medicare now pays for a specific package of medical services. House Republicans would replace this package with a voucher whose value would be tied an economic index, rather than to the actual cost of care. If medical costs outpaced the index, taxpayers would be off the hook, and Medicare beneficiaries would be stuck with the extra costs themselves.

Voucher proponents presume that Medicare enrollees would promote efficiency through aggressive shopping. Evidence for this presumption is sparse and speculative. ACA seeks increased efficiency through health care delivery innovations. While there is some basis for optimism, no one is entirely sure that this approach will work either. Who bears the risk if these costs are not brought under control? Under current law, the general tax payer and Medicare enrollees share that risk. Under the voucher plans, Medicare beneficiaries would shoulder it unaided.

Missing from this menu is any indication of how to deal with Social Security’s projected funding gap. Republicans have made clear that they will oppose tax increases to close it. So the only things missing are the details on precisely how they propose to cut future Social Security benefits.

The defining characteristics of this agenda are its regressivity and its shifting of cost and risk onto individuals, states, and localities that cannot bear the load. Taxes would go down, disproportionately, for the well-to-do. Spending would decline, disproportionately, for programs that serve the elderly, the disabled, and others in economic need.

This program could become law through the so-called reconciliation process, which requires only simple House and Senate majorities and is not subject to filibuster. Should Mitt Romney win the White House, Republicans would likely win control of the Senate and retain control of the House, bringing these majorities within grasp.

This legislative program is why the 2012 elections are the most important in living memory. Conservatives could achieve goals long in gestation and fervently sought. Liberals could see seventy-five years of social welfare legislation undone.

Harold Pollack is Helen Ross Professor of Social Service Administration at the University of Chicago. He has written about health policy for the Washington Post, New York Times, New Republic,  The Huffington Post and many other publications. Previously, he wrote Health coverage for ex-prisoners: a quiet but important benefit of health reform and Critics use reform as new excuse to attack Medicaid for the Health Insurance Resource Center.

Henry J. Aaron is Bruce and Virginia MacLaury Senior Fellow at the Brookings Institution. He served in 1977-78 as Assistant Secretary for Planning and Evaluation at the Department of Health Education and Welfare. He was nominated by President Obama to chair the Social Security Advisory Board and is a member of the Congressional Budget Office Panel of Health Advisors, the Institute of Medicine, the American Academy of Arts and Sciences, the advisory committee of the Stanford Institute for Economic Policy Research, the visiting committee of the Harvard Medical and Dental Schools, and the board of directors of the Center on Budget and Policy Priorities.