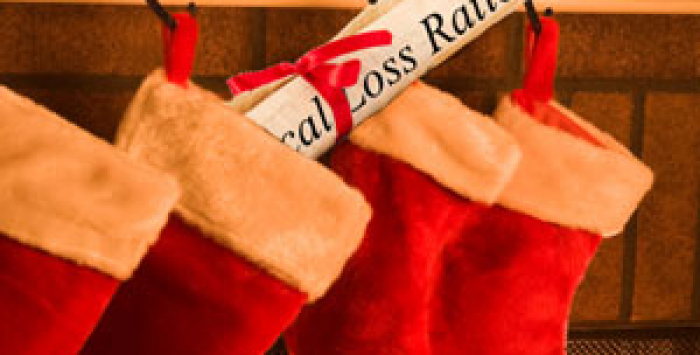 There’s a health care holiday gift in your stocking that could be the biggest surprise ever.

It’s something called the “medical loss ratio” or MLR, and it’s one of the more obscure but actually significant gifts the Department of Health and Human Services (HHS) is giving consumers this Christmas.

Stay with me on this one – at the very least you will impress your friends at holiday parties with your knowledge! As part of the health care law, the Affordable Care Act (ACA), requires insurers to spend no less than 80 percent of the premium they collect from you on a monthly basis on actual medical care. (It’s 85 percent for large groups.)

What a concept! If a carrier can not show that it has spent this amount on your medical care, it is required to provide a rebate to the consumer. A report from the National Association of Insurance Commissioners (NAIC) found that if the MLR rule had been in effect in 2010, insurers would have paid back $2 billion to consumers.

The definition of what is “actual medical care” is complicated. (It includes activities that promote quality, and we all know how squishy that is.) The MLR has been at the root of a contentious debate for over a year.

One of the fights has been over whether the commissions that brokers or insurance agents receive for signing you up for a health plan should be considered an administrative cost or an activity promoting quality. Traditionally, these fees have been considered as part of the administrative “bucket,”and there was strong pressure from consumer advocates to keep it that way.

Insurers have already been cutting back on their commissions to brokers, so brokers and agents mounted a rather massive campaign on the MLR issue. Brokers are an important political force in America and their opposition to the Clinton reform plan many years ago helped to defeat it. They are a well organized group and they are in every community with easy access to every congressional representative. For awhile, it looked as if they had won this one.

The NAIC struggled with this issue for over a year and finally caved and recommended to HHS that broker fees be part of the 80 percent spent on medical – and not the 20 percent spent on administration. But HHS disagreed and left these fees as an administrative cost. (If you want to dig deeper into this, read Timothy Jost’s blog post at Health Affairs.)

It is the individual and small group market that is highly variable. If you have purchased a plan for yourself as an individual, you may want to keep an eye on how your plan reports its MLR in 2012. You may not receive a check, because that could be classified as taxable income, but you could receive a reduction in your premium.

How significant is this MLR issue? Rick Ungar, writing for Forbes, thinks this is a hidden “bomb” in the ACA and may drive private insurers completely out of the health care business over time, leading eventually to a single-payer public system. That may be more wishful thinking than accurate predicting.

If most insurers already meet or exceed the 80 percent requirement, it is hard to believe that they will suffer very much in the coming years. But it is heartening to know that this rule will keep a lid on the amount of our premiums that can be spent on marketing, salaries, and other non-medical activities going forward.

For the 99 percent of us, this 80 percent gift is a gift that will keep on giving.

Dr. Linda Bergthold has been a health care consultant and researcher for over 25 years.  She worked on the Clinton Health Reform plan and was the head of the Obama health care blog team in 2008.  She also writes for  The Huffington Post on health reform and insurance issues. Her previous work for healthinsurance.org included What has the health reform law done for you, lately?