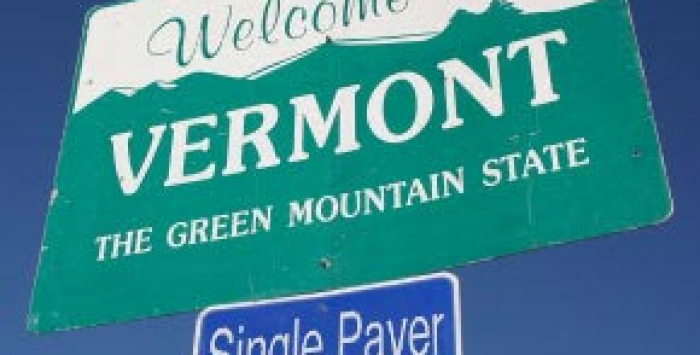 Vermont is a signature away from adopting an ambitious plan that would put the state on a path toward a single-payer health care system and ultimately, universal health care for its residents.

That’s right. When implemented, Vermont’s Green Mountain Care (GMC) system could serve as a shining example for other states. Case in point: California, where Democrats are pushing (with success) a bill that would make California a single-payer system.

all the eggs in one basket

The signed bill has been described as a framework or roadmap that will guide the state as it attempts to put all of Vermont’s health care eggs (payers) into one basket: a single-payer system called Green Mountain Care.

That means that regardless of insured, the payments for their care would be processed through the Vermont state government system. State and municipal employees, employees of large national firms – even Medicaid and Medicare beneficiaries – would have their care payments made by the system.

The result? The single-payer system would change health care payment systems, equalizing payment rates between private and federal coverage and in the process would drastically reduce administrative costs.

“Our health care expenditures are currently just over $5 billion. Ten years ago they were $2.5 billion, and by 2015, they are projected to reach $6.6 billion,” says Anya Rader Wallack, special assistant to Gov. Shumlin for health reform. “Vermonters can’t afford to see their insurance costs skyrocket year after year while receiving the same level of care or less.”

Once signed, the bill will focus on three major goals that will lay the groundwork for Vermont’s single-payer system:

establish the Green Mountain Board

This independent, five-person rule-making body is charged with changing health insurance payment systems and controlling spiraling costs. As one reporter notes, the board will have “rule making authority that IPAB (Medicare’s Independent Payment Advisory Board) can only dream about,” with authority to rein in the practices of both private and public insurance providers.

Appointed by the Governor, the board will focus on rate setting, rate increases, benefits development, budgeting, and overall cost containment. In addition, the board will administer pilot projects that test new payment models, and ultimately, recommend benefits that would be provided under a single-payer system, if implemented.

require a plan to finance the single-payer system

Based on the benefits package designed by the Green Mountain Board, the state will – by 2013 – develop a finance plan that would address the costs of universal coverage, identify potential savings from its reforms, and recommend revenue sources.

The Vermont Legislature would approve the plan and then annually approve a budget for single-payer financing. One formidable challenge in the process: securing an Affordable Care Act (ACA) federal waiver that would allow Medicare and Medicaid to be folded into GMC.

establish a health insurance exchange as required by the federal law

The Vermont Health Benefit Exchange will be a health insurance marketplace that will coordinate public and private coverage and implement a streamlined claims processing system. The exchange will begin operating in 2014 for small employers, families and individuals and be open to others in 2017.

Through the exchange, consumers will be able to compare insurance options, including plans from private insurers and from Vermont’s possible participation in a multi-state exchange that could be created as part of the ACA’s state exchange provision. (Gov. Shumlin and his congressional delegates are awaiting federal regulations and support that will establish the exchanges.

Vermont could change the game

The state exchange and some of the other provisions Vermont is moving to implement are all mandated by the federal health reform law. Still, Vermont’s plan stands out as a potential model for other states.

“What makes Vermont unique is they aren’t just setting up an exchange. They have put in place a vision for down the road that looks at payment and reforms and goes beyond the Affordable Care Act,” says Kathleen Stoll, deputy executive director of Families USA, a leading health reform advocacy group.

Maryland has taken strides with its long-standing Maryland Health Services Cost Review Commission, much like Vermont’s Green Mountain Care Board. And Massachusetts is blazing trails toward universal health care, with 98 percent of its residents covered. “Massachusetts is in a league of its own,” says Stoll.

Stoll says federal reform advocates are optimistic, but cautiously optimistic. “We are concerned many states are not moving forward with the exchanges for political reasons. For instance, when Governor Nathan Deal in Georgia moved to set up this type of system and got protests from the Tea Party, he backed off. It became about electoral votes.”

Nevertheless, Stoll says, “We think what Vermont is considering is the right way to go, and we fully support them.”