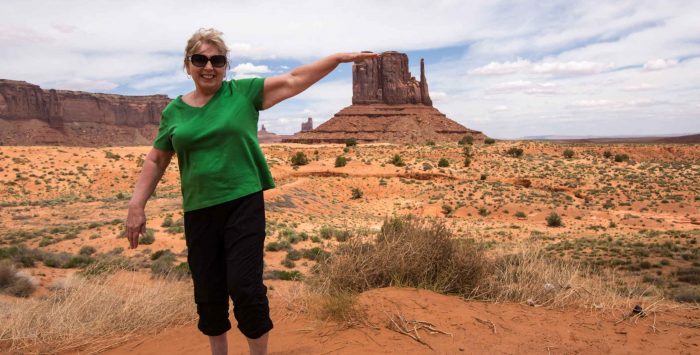 As of December 2021, there were 1,406,012 residents with Medicare in Arizona, amounting to a little more than 18% of the state’s population.

For most people, Medicare enrollment goes along with turning 65. But disability that lasts at least two years also triggers Medicare eligibility, as does a diagnosis of kidney failure or ALS. In Arizona,  about 10% of Medicare beneficiaries are under 65 — and enrolled due to a disability, kidney failure, or ALS — while about 90% are eligible due to their age. Nationwide, about 13% of all Medicare beneficiaries are eligible due to a disability, but there is quite a bit of state-by-state fluctuation.

Original Medicare, which includes Medicare Part A (hospital coverage) and Medicare Part B (outpatient/medical coverage) is a federal program that does not vary from state to state. So overall Medicare eligibility in Arizona and Medicare enrollment in Arizona both work the same way they do in every state. For people who aren’t yet receiving Social Security benefits and thus aren’t automatically enrolled when they turn 65, the Medicare application in Arizona is available through the Social Security Administration, as is the case nationwide.

But the availability and pricing of private Medicare coverage, including Medicare Advantage plans, Medigap plans, and Medicare Part D plans, does vary from one state to another.

In most areas of the country, Medicare beneficiaries can choose whether they want to use Original Medicare (coverage provided directly by the federal government) or enroll in a private Medicare Advantage plan. Medicare Advantage plans cover all of the benefits provided by Medicare Parts A and B (although the out-of-pocket costs will differ, as will access to medical providers), and most also include Part D coverage for prescription drugs.

Medicare Advantage plans also tend to include extra benefits, such as dental and vision coverage, and care management programs that can help beneficiaries manage chronic conditions.

Original Medicare beneficiaries who want help paying some or all of their out-of-pocket costs can purchase Medigap plans (also known as Medicare supplement plans). Medigap plans are issued by private insurers but are standardized under federal rules, with ten different plan designs (differentiated by letters, A through N). The standardization makes it fairly easy to compare plans – plans can differ in price and in things like customer service, but the benefits offered by Plan A, Plan C, Plan F, etc. are the same regardless of which insurer offers the coverage.

Unlike Medicare Advantage and Medicare Part D plans, there is no annual open enrollment period for Medigap plans. Instead, federal regulations allow for a six-month guaranteed-issue window that begins when a person is 65 and enrolled in Medicare Part B. After a person’s enrollment period ends (and unless the person qualifies for one of the limited guaranteed-issue rights), Medigap insurers can use medical underwriting to determine whether an applicant is eligible for coverage, and if so, at what price.

Federal rules do not grant a guaranteed issue open enrollment period for Medigap if the applicant is under 65 and enrolling in Medicare as a result of a disability. The majority of the states have implemented rules ensuring at least some access to Medigap plans for enrollees who are under the age of 65, but Arizona is not among them.

In 2009, the Arizona Department of Insurance announced that out of 53 insurers offering Medigap plans, five were offering coverage to disabled beneficiaries under the age of 65. But as of late 2021, there were 65 insurers licensed to sell Medigap plans in the state, and none of them were offering coverage to people under the age of 65 (note that Medicare’s plan finder tool indicates that two of these insurers — Guarantee Trust Life and State Farm Mutual Automobile Insurance Company — do offer Medigap coverage to people under age 65 in Arizona, despite the fact that the Arizona Department of Insurance guide indicates that they do not).

Disabled Medicare beneficiaries qualify for a Medigap open enrollment period once they turn 65. At that point, they can enroll in any Medigap plan available in their area, without medical underwriting.

Original Medicare does not cover prescription drugs. Some beneficiaries have employer-sponsored coverage to supplement their Medicare, and others have supplemental Medicaid, both of which can provide prescription coverage. But enrollees without either of those options need to obtain coverage under a Medicare Medicare Part D plan. Part C coverage can be purchased on its own, as a stand-alone plan, or as part of a Medicare Advantage plan that includes Part D prescription drug coverage.

For 2022, insurers in Arizona are offering 27 stand-alone Part D plan options with premiums ranging from about $8 to $139/month.

467,971 Arizona Medicare beneficiaries had stand-alone Part D plans as of December 2021, and another 606,962 had Part D coverage as part of their Medicare Advantage plans.

The annual Medicare open enrollment period (October 15 to December 7) is an opportunity for Medicare beneficiaries to change their Part D coverage if they choose to do so. Any changes made during this window will take effect on January 1 of the coming year. Beneficiaries are encouraged to compare all of the available plans each year, as the plan options may have changed since last year, as might have the enrollee’s prescription needs.


How does Medicaid provide financial assistance to Medicare beneficiaries in Arizona?

Our guide to financial assistance for Medicare enrollees in Arizona includes overviews of these benefits, including Medicare Savings Programs, long-term care coverage, and eligibility guidelines for assistance.

Medicare in Arizona: Resources and information for beneficiaries and their caregivers

You can contact the Arizona State Health Insurance Assistance Program (SHIP), with questions related to Medicare coverage in Arizona or for help with Medicare enrollment in Arizona.

The Arizona Department of Insurance and Financial Institutions can provide assistance and customer service related to health coverage in the state. This is the agency that licenses and regulates health insurance companies as well as the agents and brokers who sell policies in the state.

The Medicare Rights Center is a nationwide service, with a website and call center, where Medicare beneficiaries and their caregivers can get information and answers to questions about Medicare benefits, eligibility, and enrollment.