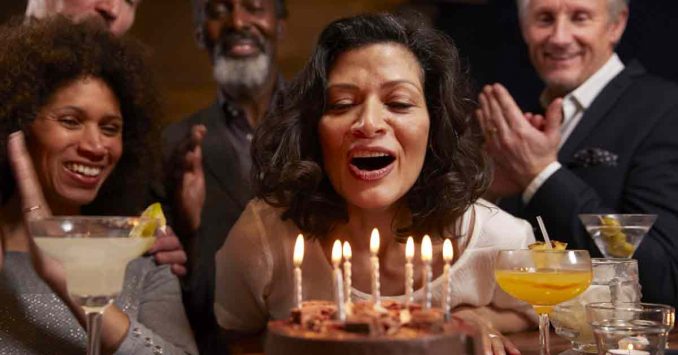 But younger Americans gain Medicare eligibility after they have been receiving disability benefits for 24 months, or have ALS or end-stage renal disease. In Connecticut, 10.5% of beneficiaries are eligible due to disability rather than age (nationwide, it’s about 12%).

Medicare beneficiaries can choose from among several options to access Medicare coverage. The first choice is between Medicare Advantage, where an individual enrolls with a private health plan that is under contract with the federal government to provide Medicare coverage, or Original Medicare, where benefits are paid directly by the federal government. Medicare beneficiaries also have options around Medigap policies and Medicare Part D (prescription drug) coverage.

Original Medicare includes Part A (also called hospital insurance, which helps pay for inpatient stays at a hospital, skilled nursing facility, or hospice center) and Part B (also called medical insurance, which helps pay for outpatient care like a doctor appointment or a preventive healthcare service, such as most vaccinations). Medicare Advantage plans bundle Parts A and B under a single monthly premium and often include other services like prescription drugs and vision coverage.

Private Medicare Advantage plans are an alternative to Original Medicare. There are pros and cons to either option, and the right solution is different for each person.

Connecticut’s Medicare Advantage market is particularly robust, with at least 44 plan options available throughout the state for 2023 coverage. The service areas for a particular insurance company or plan vary by county; some areas of Connecticut have as many as 58 Advantage plans available for 2023.

There are 13 insurers that offer Medigap plans in Connecticut. And according to an AHIP analysis, 153,900 Connecticut residents had Medigap coverage as of 2020.

Although Medigap plans are sold by private insurers, the plans are standardized under federal rules, with ten different plan designs (differentiated by letters, A through N). The benefits offered by a particular plan (Plan G, Plan K, etc.) are the same regardless of which insurer sells the plan.

Prices vary from one insurer to another, but Connecticut law (Chapter 700c, Section 38a-473) requires insurers to use community rating: rates cannot vary based on age, gender, or health status.

Unlike other private Medicare coverage (Medicare Advantage and Medicare Part D plans, which cover prescription drugs), federal rules do not grant an annual open enrollment window for Medigap plans. Instead, federal rules provide a one-time six-month window when Medigap coverage is guaranteed-issue, starting when a person is at least 65 and enrolled in Medicare Part B. But consumer protections are much stronger in Connecticut: All Medigap plans in Connecticut are sold on a guaranteed-issue basis at all times, and with community rating. So Connecticut residents have the option to switch from one Medigap plan to another, regardless of their health.

People who aren’t yet 65 can enroll in Medicare if they’re disabled and have been receiving disability benefits for at least two years (the 24-month wait does not apply if they have ALS or end-stage renal disease), and almost 11% of Connecticut Medicare beneficiaries are under age 65. Federal rules do not guarantee access to Medigap plans for people who are under 65, but the majority of the states — including Connecticut — have implemented rules to ensure that disabled Medicare beneficiaries have at least some access to Medigap plans.

Original Medicare does not provide coverage for outpatient prescription drugs. This gap in coverage was addressed under the Medicare Modernization Act of 2003, which was signed into law by President George W. Bush.

More than half of Original Medicare beneficiaries nationwide have supplemental coverage via an employer-sponsored plan (from a current or former employer or spouse’s employer), and these plans often include prescription coverage. Medicare beneficiaries who do not have drug coverage through an employer-sponsored plan can enroll in a Medicare Part D plan to get coverage for prescriptions (beneficiaries who are dual-eligible for Medicare and Medicaid also get their drug coverage through Part D, rather than through Medicaid).

There are 24 stand-alone Medicare Part D plans available in Connecticut for 2021 coverage, with premiums that range from about $7 to $127/month.

But by mid-2022, the balance had tipped significantly in favor of MA-PDs. At that point, 348,500 Connecticut Medicare beneficiaries had Part D coverage via MA-PDs, while just 236,771 had stand-alone PDP coverage. Stand-alone Medicare Part D enrollment has been decreasing in Connecticut (as has been the case in many states), while enrollment in Part D coverage integrated with Medicare Advantage plans has been increasing. This is due to the increase in the percentage of Medicare beneficiaries — in Connecticut and nationwide — who are choosing Medicare Advantage plans.

How does Medicaid provide financial assistance to Medicare beneficiaries in Connecticut?

Our guide to financial assistance for Medicare enrollees in Connecticut includes overviews of these benefits, including Medicare Savings Programs, long-term care coverage, and eligibility guidelines for assistance.

Helpful resources for Connecticut Medicare beneficiaries and their caregivers

These resources provide free assistance and information about Medicare programs and availability in Connecticut.