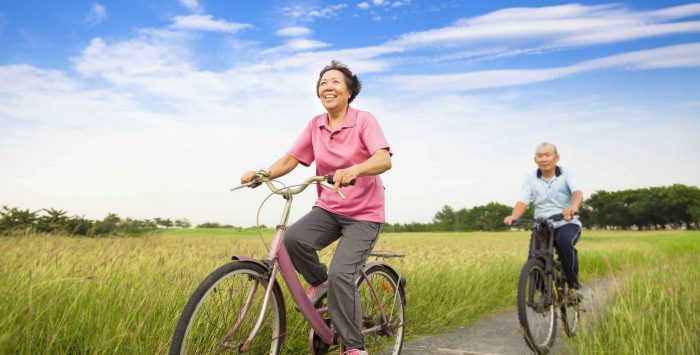 How high is Medicare enrollment in Kansas?

More than 88% of Medicare beneficiaries in Kansas are eligible due to their age (ie, being at least 65), while nearly 12% are under 65 and eligible for Medicare due to a disability that lasts at least 24 months (people with ALS or end-stage renal disease do not have to wait 24 months for Medicare eligibility). This is very similar to the nationwide distribution of 65+ versus under-65 Medicare beneficiaries.

Depending on the county in which they live, residents in Kansas can select from between five and 54 Medicare Advantage plans for 2023.

In Kansas, as of 2020, there were 253,269 people enrolled in Medigap plans. That amounted to about 45% of the state’s Medicare population (Medicare Advantage enrollment is lower than the national average in Kansas and Original Medicare enrollment is higher; this results in a higher-than-average percentage of the Medicare population enrolled in Medigap plans, which can only be used to supplement Original Medicare coverage).

The Kansas Insurance Department publishes a Medigap buyer’s guide, available here. There are 57 insurers offering Medigap plans in Kansas. Almost all of them use attained-age rating for setting monthly premiums, although a few use issue-age rating (here’s how they both work).

But Kansas is among the majority of the states with rules to ensure at least some access to Medigap plans for enrollees under the age of 65. And the consumer protections in Kanas are among the nation’s strongest. In Kansas, all Medicare beneficiaries — including those who gain eligibility due to a disability and those who become eligible when they turn 65 — have the same guaranteed issue access to Medigap coverage (see page 4 of the Kansas Medigap buyer’s guide).

Starting when a person is enrolled in Medicare Part B (regardless of their age), they have a six-month window during which coverage is guaranteed issue for all available Medigap plans. As long as the person enrolls during their six-month open enrollment window, insurers are required to charge younger, disabled beneficiaries the same premiums that apply to a 65-year-old. This is a stronger consumer protection than most states have; in the majority of the states where Medigap plans are guaranteed-issue for people under age 65, the insurers are allowed to charge higher prices for that population.

As is the case in every state, Kansas residents who are enrolled in Medicare prior to age 65 still have a guaranteed-issue Medigap open enrollment period when they turn 65, regardless of whether they already had Medigap coverage prior to turning 65. But since Kansas does not allow Medigap insurers to charge higher rates for younger enrollees, this is not as important as it is in other states where disabled beneficiaries pay much higher premiums and can then switch to a lower-cost plan when they turn 65.

For 2023 coverage, there are 23 stand-alone Medicare Part D plans available in Kansas, with monthly premiums ranging from about $3 to $113.

Medicare Part D enrollment is available during the annual open enrollment period each fall, from October 15 to December 7. You can change your plan multiple times during that window; the last plan change you make will take effect January 1 of the coming year.

How does Medicaid provide financial assistance to Medicare beneficiaries in Kansas?

Our guide to financial assistance for Medicare beneficiaries in Kansas includes overviews of these benefits, including Extra Help, long-term care coverage, and eligibility guidelines.

Medicare in Kansas: Resources and information for Medicare beneficiaries and their caregivers

Need help with your Medicare application in Kansas? Got questions about Medicare eligibility in Kansas? You can contact SHICK — Senior Health Insurance Counseling for Kansas — with questions related to Medicare in Kansas.

The Kansas Insurance Department’s website provides a comprehensive Medigap resource for people filing for Medicare benefits in Kansas and wishing to supplement the coverage with a Medigap plan. The page includes a general information guide to Medigap plans as well as a rate comparison tool.

Medicare.gov, maintained by CMS (the Centers for Medicare and Medicaid Services) provides information about every aspect of Medicare, and includes a healthcare provider finder tool as well as a plan finder tool that can help you determine which private insurers (Medigap, Part D, and Medicare Advantage) offer coverage in your area, and how much the monthly premiums will be.

The Medicare Rights Center provides Medicare-related assistance throughout the United States. They maintain a website and a call center where consumers can get answers to a wide range of questions about Medicare.