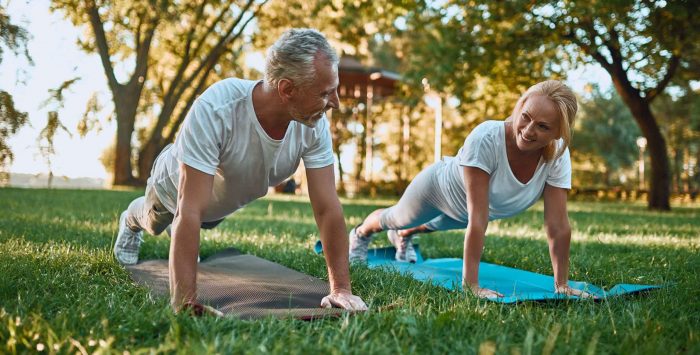 For most Americans, Medicare coverage enrollment goes along with turning 65. But Medicare eligibility is also triggered for younger people if they have been receiving disability benefits for 24 months, or have kidney failure or ALS. Nationwide, about 12.5% of Medicare beneficiaries — more than 8 million people — are under age 65. In Ohio, about 13.6% of Medicare beneficiaries are under 65.

Medicare beneficiaries can choose to get their healthcare coverage through private Medicare Advantage plans, or directly from the federal government via Original Medicare. There are pros and cons to either option, and the right solution is different for each person.

Medigap plans are sold by private insurers, but they’re standardized under federal rules (so each plan will provide the same benefits as any other plan labeled with the same letter; Plan G, Plan K, etc.) and regulated by state laws and insurance commissioners. In Ohio, there are 59 insurers offering Medigap plans. The Medicare website has a plan finder tool that will show you prices and plan availability for the various Medigap plans that can be purchased in Ohio.

Federal rules require Medigap insurers to offer plans on a guaranteed-issue basis during an enrollee’s open enrollment period, which begins when the person is at least 65 years old and enrolled in Medicare Part A and B. But despite the fact that more than 8 million Medicare beneficiaries are not yet 65 (and are enrolled in Medicare due to a disability) there is no federal requirement that Medigap insurers offer plans to people who are under age 65.

The majority of the states have addressed this with legislation that ensures at least some access to Medigap plans for people under age 65, but Ohio is not among them. Ohio’s Medicare guide notes that Medigap plans are available on a guaranteed-issue basis for six months after they’re at least 65 and enrolled in Medicare Part A and B, or when they have a federally-mandated guaranteed-issue right.

As of 2017, the Ohio Department of Insurance published a comprehensive Medigap shopping guide. And although they noted that some insurers in the state did offer Medigap plans to people under 65 (at a higher premium), no insurers submitted under-65 rates to the state for inclusion in the shopping guide. And Medicare’s Medigap plan finder tool indicated that there were no Medigap plans available for Medicare beneficiaries under the age of 65 in Ohio. More than 329,000 Ohio Medicare beneficiaries are under age 65 as of 2022. For this population, the state recommended that they contact Medigap insurers directly (using the phone numbers in the Ohio Medicare premium comparison chart) to see if the insurer will offer them a plan. But it appears that most of them likely will not.

Disabled Medicare beneficiaries have a normal Medigap open enrollment period when they turn 65. At that point, they can select from among any of the available Medigap plans, with standard age-65 premiums.

There are several states (including South Carolina, Alaska, Wyoming, Iowa, and Nebraska) still have operational pre-ACA high-risk pools that offer coverage to Medicare beneficiaries who are unable to qualify for Medigap plans. The majority of the remaining states require private Medigap insurers to offer at least some plans to disabled enrollees under age 65. But Ohio is among the states that have made no provisions at all to ensure access to supplemental coverage for disabled Medicare beneficiaries.

Under federal rules, disabled Medicare beneficiaries, including those with kidney failure, do have the option to enroll in a Medicare Advantage plan instead of Original Medicare. Medicare Advantage premiums are not higher for those under 65. But Advantage plans have more limited provider networks than Original Medicare, and total out-of-pocket costs can be as high as $7,550 per year for in-network care, plus the out-of-pocket cost of prescription drugs.

But Medicare Part D, created under the Medicare Modernization Act of 2003, provides prescription drug coverage for Medicare beneficiaries who do not have another source of coverage for prescription costs. Medicare Part D coverage can be purchased as a stand-alone plan or obtained as part of a Medicare Advantage plan with integrated Medicare Part D benefits. Both options are available for purchase (or plan changes) during the annual election period that runs from October 15 to December 7 each year, with the new coverage effective January 1 of the coming year.

There are 23 stand-alone Medicare Part D plans for sale in Ohio for 2021, with premiums that range from about $7 to $99/month.

How does Medicaid provide financial assistance to Medicare beneficiaries in Ohio?

Our guide to financial assistance for Medicare enrollees in Ohio includes overviews of these benefits, including Medicare Savings Programs, long-term care coverage, and eligibility guidelines for assistance.

Medicare in Ohio: Resources for Medicare beneficiaries and their caregivers

Need help with filing for Medicare benefits? Got questions about Medicare eligibility in Ohio? You can contact the Ohio Senior Health Insurance Information Program with questions related to Medicare coverage and enrollment in Ohio.

The Medicare Rights Center is a nationwide service (call center and website) that can provide assistance, education, and information to Medicare beneficiaries and their caregivers.