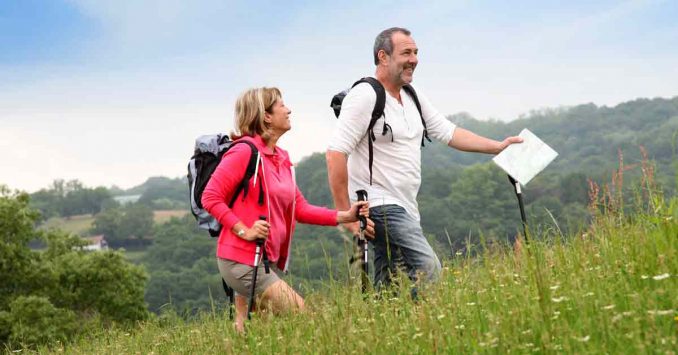 As of December 2021, Tennessee Medicare enrollment stood at 1,409,142, including those with Original Medicare and those with Medicare Advantage plans. That’s about 20% of the state’s total population, compared with about 19% of the United States population enrolled in Medicare.

Of Tennessee’s Medicare beneficiaries, 84% are eligible based on their age (ie, being at least 65 years old), while the other 16% percent are eligible due to a disability (24+ months of receiving Social Security Disability Insurance, or a diagnosis of ALS or end-stage renal disease).

Nationwide, about 87% of people with Medicare benefits are eligible due to age, while 13% are eligible due to disability. But as of 2016, Tennessee was among the states with the highest percentage of residents receiving disability benefits, so it makes sense that the percentage of Medicare beneficiaries in Tennessee who qualify because of a disability is higher than the national average.

Medicare Advantage is available as an alternative to Original Medicare. Medicare Advantage includes all of the benefits of Original Medicare (hospital and outpatient/physician coverage), although the out-of-pocket medical costs can be very different, as Advantage plans can set their own coinsurance, copays, and deductible levels (within parameters set by CMS). Most Advantage plans also include Part D coverage for prescription drugs, as well as extra programs like dental and vision coverage.

But Advantage plans tend to have localized provider networks, as opposed to Original Medicare’s nationwide access to medical providers. There are pros and cons to either option.

Medigap plans are optional coverage used to supplement Original Medicare, covering some or all of the out-of-pocket medical costs (for coinsurance and deductibles) that people would otherwise incur if they only had Original Medicare on its own.

Medigap plans are standardized under federal rules, and people are granted a six-month enrollment window (which starts when they’re at least 65 years old and enrolled in Medicare Part A and Part B), during which coverage is guaranteed issue for Medigap plans and premiums cannot vary according to the applicant’s health. Federal rules do not, however, guarantee access to a Medigap plan if you’re under 65 and eligible for Medicare as a result of a disability.

But Tennessee is among the majority of the states that have adopted rules to ensure that people under age 65 have at least some access to Medigap plans. Since 2011, under state law,  Tennessee Medigap insurers that offer plans to people age 65 and older are required to offer all of the same plans to people under 65 who become eligible for Medicare as a result of a disability. Disabled Tennessee residents have the same six-month open enrollment window for Medigap as those who gain eligibility for Medicare due to their age. The six-month window starts when the person is enrolled in Medicare Part B, and coverage is guaranteed issue during the enrollment window.

Tennessee residents under age 65 can be charged higher premiums for their Medigap coverage. Under the terms of the state law regarding Medigap access for people under age 65, Tennessee was to conduct a study after five years (which would have been in 2016) to determine whether the state should continue to allow Medigap insurers to place under-65 enrollees in a separate risk pool for rating purposes. But as of 2022, a quick look at Medicare’s Medigap plan finder tool indicates that the state has not changed anything about the rating requirements: A non-smoking female who is 65 years old will pay between $55 and $212 per month for Medigap Plan A in Tennessee, whereas a non-smoking male under the age of 65 will pay between $334 and $836 per month for the same policies.

People who are enrolled in Medicare and a Medigap plan prior to age 65 are granted another Medigap open enrollment period when they turn 65, allowing them to switch to a lower-priced Medigap plan at that point.

For 2022 coverage, there are 26 stand-alone Part D plans available in Tennessee, with premiums ranging from about $7 to $144 per month.

Medicare Part D enrollment is available when a person is first eligible for Medicare, and beneficiaries can make changes to their Part D coverage each fall, from October 15 to December 7. Changes made during that time will take effect the following January. Beneficiaries can use Medicare’s plan finder tool to see how each plan would cover the drugs they need, keeping in mind that Part D plans change from one year to another, and each person’s prescription needs change as well.

How does Medicaid provide financial assistance to Medicare beneficiaries in Tennessee?

Our guide to financial assistance for Medicare enrollees in Tennessee includes overviews of these benefits, including Medicare Savings Programs, long-term care coverage, and eligibility guidelines for assistance.

The Tennessee State Health Insurance Assistance Program for Medicare Participants can provide a variety of assistance and information, including answering your questions about Medicare eligibility in Tennessee and Medicare enrollment in Tennessee.

The Tennessee Department of Commerce and Insurance licenses and oversees the health insurers that offer coverage in the state, as well as the brokers and agents who sell the policies. Their office can provide assistance and guidance for consumers with various insurance-related questions. Medicare Advantage and Part D plans are regulated at the federal level by CMS (states oversee financial solvency and licensing), but the state is responsible for much of the regulations that apply to Medigap plans, other than the federal standardization described above.

The Medicare Rights Center is a nationwide service that can provide assistance and information about Medicare enrollment, eligibility, and benefits.

This resource explains how Tennessee Medicaid can provide assistance to Medicare beneficiaries who have limited income and assets.