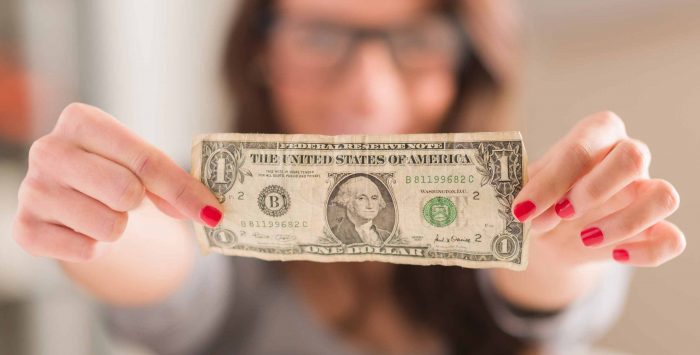 The national weighted average monthly premium appears to be increasing from $594 a month to $595 a month – one dollar.

For five years straight, I’ve spent countless hours from May through September digging through hundreds of insurance carrier filings to track their annual premium rate change filings. My goal: to offer consumers a solid forecast of premium – or rate – changes for the plan year ahead.

I’ve finished my digging for 2020 plans and I’m ready to provide my forecast. But first, a little background on the rate-setting process:

This is a lengthy process with multiple stages, as each insurance carrier crunches the numbers from the previous year, analyzes what they expect the upcoming year to look like – based on a hundred different factors – and submits a mountain of paperwork to state insurance regulators asking for permission (or at least a blessing) to raise – or even reduce – their premiums for the upcoming open enrollment period.

The preliminary requests – submitted by carriers – in every state are just that. In the few months following those requests, state regulators have their own actuaries run through the numbers and determine whether the requested rate changes are justified or not.

Sometimes, regulators approve the rates as submitted. Sometimes, they force (or at least ask, depending on the state) the carrier to cut the rate increased down. Sometimes – believe it or not – they actually require insurance carriers to raise premiums more than the carrier had originally intended. Generally speaking, the final rates tend to be a few points lower than the original filings when the dust settles.

One big problem when it comes to setting prices for the upcoming year is that you’re basing your calculations on a combination of hard data from two years ago … and whatever threats you see happening next year. As a result of this, in 2017 and 2018, average premiums for ACA-compliant individual market polices skyrocketed, going up an average of nearly 23% and 28% respectively.

Rate increases leading up to 2020

2017’s rate hikes were based on terrible losses from 2015, combined with the sunsetting of the ACA’s federal reinsurance program at the end of 2016. Reinsurance is a wonky term which basically just amounts to using federal funds to offload a portion of the cost of treating very expensive enrollees. This allows premiums to be reduced for everyone else.

2018’s increases were a different story: Rates were driven up by the non-stop chaos, confusion and uncertainty caused by the “repeal/replace Obamacare” saga – in particular, Donald Trump’s constant threats to “blow up” the ACA exchanges. (He made good on his threats late in the year by cutting off Cost Sharing Reduction reimbursement payments to the carriers.)

Things changed in 2019, however. With the ACA managing to survive repeal after all, the insurance carriers working with state regulators to come up with a clever workaround to mitigate the damage from the CSR cut-off, and two years of significant rate hikes already baked in, there was only one major ACA sabotage factor left to jack up premiums: The zeroing out of the individual mandate penalty.

This led carriers to raise premiums roughly 8% more on average than they otherwise would have …yet average premiums only increased around 2.8% nationally. That means 2019 premiums likely would have actually gone down around 5 points if the mandate hadn’t been zeroed out.

This brings us to 2020. The seventh ACA Open Enrollment Period begins on November 1 (except for California, where it starts on October 15 for some reason), and as of this writing, I’ve analyzed the preliminary 2020 ACA premium changes for all 50 states (+DC) and the final, approved changes for 17 of them.

The biggest story surrounding 2020 ACA premium changes is that there’s literally no story of crazy rate changes, at least nationally. While there are wide variances from state to state and carrier to carrier as happens every year, when you average them all together nationally, unsubsidized 2020 premiums are expected to be FLAT compared to 2019 pricing.

I mean that quite literally: While I still have to fill in the final rates for many states, the national weighted average monthly premium appears to be going from $594/month to … $595/month. In fact, once the final rates come in for the remaining states, I wouldn’t be surprised to see the national average drop as low as negative 1% or 2%.

While the national story may be “same prices as last year!” there are some interesting things to keep an eye on – depending on what state you live in. Remember, these rate changes refer to unsubsidized premiums. If you receive federal tax credits, the official rates don’t apply, although net premiums could go up or down based on other factors.

In short, the federal reinsurance program ended in 2016, but since then, about a dozen states have re-implemented their own version of it in conjunction with the federal government. Some have already had their programs in place since 2018; the ones above (along with North Dakota and Rhode Island) will be launching theirs starting in January … thus the significant rate reductions.

In addition, residents of several states should absolutely be aware of a few other things:

This means that if you live in one of them and you don’t enroll in ACA-compliant healthcare coverage for 2020 (and don’t qualify for an affordability or hardship exemption), you’ll be charged a state or district tax penalty when you file your taxes in 2021. The penalty for CA, DC, NJ and RI is the same as the ACA’s was: $695 per person or 2.5% of your household income, whichever is higher. In Massachusetts, there’s a different penalty fee structure.

With all of this in mind … get ready to #GetCovered again this fall!