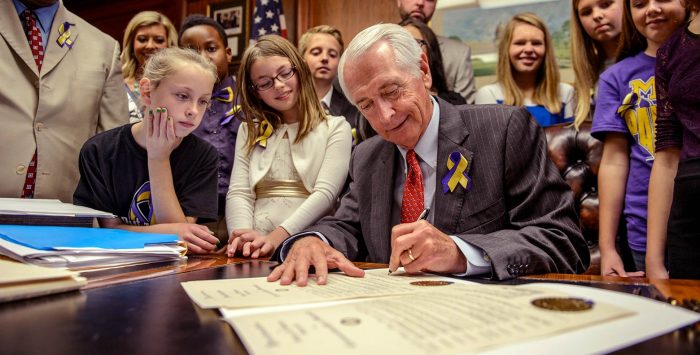 From the secretive way it was written to the misleading way it’s being explained to the American public, the Senate legislation designed to eradicate the Affordable Care Act is a deceptive and destructive effort that epitomizes what happens when elected leaders turn their backs on the people they serve.

U.S. Senator Mitch McConnell and his Republican allies in the Senate should feel utter shame.

They insist their health bill will save Americans money, improve their health and – in essence – do no harm. But they’re not telling the truth. By almost every measure, the legislation will cost Americans more and take health coverage from tens of millions of vulnerable people – the sick, the poor and the elderly. If this becomes law, it will hurt countless families and, yes, kill people.

You think I’m being dramatic?

Talk to the mother who called me on the phone the other day. Her son has hemophilia. This bill will keep him from being able to afford the care and medicine he needs.

Or talk to the father who I recently ran into. His daughter is in a drug rehab program covered by expanded Medicaid. If she has to leave that program, her chances of beating her addiction shrink considerably. So do her chances of staying alive. Unfortunately, tens of thousands of Kentucky parents can relate to his terror.

Or talk to any of the dozens and dozens of people who have come up to me since I left office as Kentucky’s governor in December 2015 to tell me how the health coverage they gained because of the ACA has changed their lives. That doesn’t even count the hundreds more who have sent e-mails or posted their life stories on social media for me to see.

This isn’t a political game.

Healthcare is about people, not the legislative victories that Sen. McConnell so desperately craves. He’s vowed for years to get rid of the ACA simply because a Democratic president made it the law of the land. He and his political allies seemingly care not a whit for the Americans – including over 500,000 Kentuckians – who have gained access to care because of it and will lose coverage if it goes away.

These people aren’t aliens from some distant planet, as many of these Senators would have you believe.

They’re our friends and neighbors. They’re substitute teachers, farmers, construction workers, nurse’s aides and restaurant workers. We sit in the bleachers with them on Friday night and in the pews with them on Sunday morning.

In my new book “People over Politics,” I describe how Kentucky led the nation in expanding health care access, creating jobs and improving our high school graduation rate. We did this because we asked a simple question before every policy decision: “Will this help people, or hurt them?”

If they truly cared about people, the White House and the McConnell-led Senate would be working with Democrats, providers, the business sector and others to improve the ACA – not working in secret to destroy it and throw tens of millions of Americans to the wolves.

Steve Beshear served as Governor of Kentucky from 2007 through 2015. He shepherded Kentucky through the global economic recession, earning the Commonwealth national recognition for job creation and business investment. He also made the state the national model in expanding healthcare access through its aggressive embrace of the Affordable Care Act and other health reform efforts.

After leaving office, Gov. Beshear created a national health advocacy group called Save Kentucky Healthcare; taught for a semester as a Menschel Senior Leadership Fellow at the Harvard T.H. Chan School of Public Health; and was chosen by Congressional Democratic leadership to give the party’s response to President Trump’s first address to a joint session of Congress and the nation.

He also is co-author of a recently released book about his eight years as Kentucky governor titled “People over Politics.”