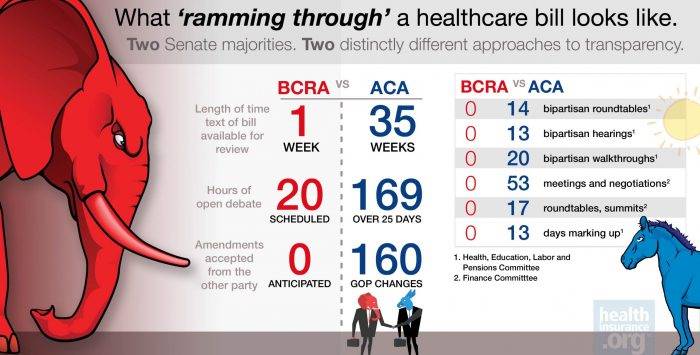 It was a pretty pathetic retort when we were kids hurling insults at each other on a playground, but it’s an even more pathetic retort from supposedly grown-up Senate Republicans, who continue to act as though their unprecedented efforts to ram through their healthcare repeal legislation is – well – precedented. 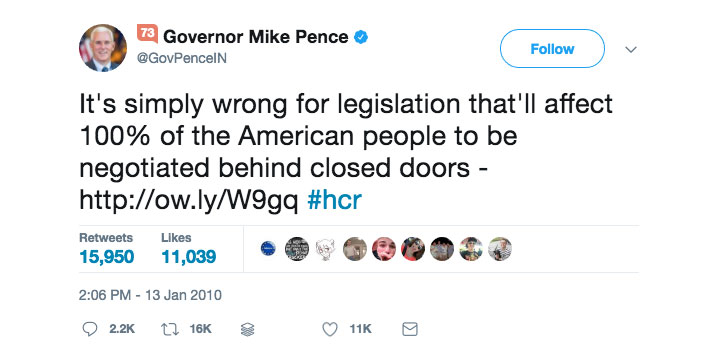 As Democrats hammer the GOP for literally hiding their legislation until the last possible moment and then severely limiting debate on the bill, Senate Republicans’ defense is simply to claim that  it’s OK because Senate Democrats did the same thing between 2009 and 2010. Excuse my French, but C’est de conneries! (That’s right. I used actual French.)

Is what Senate Republicans have done anything at all like what Senate Democrats did to pass the Senate version of the Affordable Care Act? We wish.

Why? Because a quick look at what happened on the Senate side of the 2009-2010 health reform battle reveals that Senate Democrats didn’t hide their bill in the shadows – and their legislation wasn’t “jammed down people’s throat,” as claimed by Trump spokesman Sean Spicer.

Keeping legislation in “a bunkered-down part of Capitol Hill where even some Republicans were not able to access it” and then racing to get the bill on the Senate floor within a week and voted on with debate limited to 20 hours? That’s textbook ramming, folks.

Sources for Affordable Care Act statistics in the accompanying infographic include: Responsible Reform For The Middle Class, the Congressional Record, CNN.