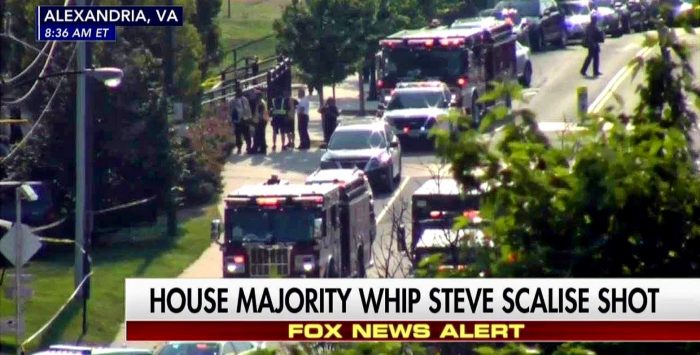 Representative Steve Scalise was recently wounded by a deranged man with an assault rifle.

I should say one thing first: Best wishes for a speedy recovery to Rep. Scalise and to to others wounded in this atrocity. The wounded included Capitol Police officers David Bailey and Crystal Griner. The bravery and sacrifice of these officers and others prevented much greater loss of life. Best wishes, also, to Zack Barth and Matt Mika. These are good people also injured in what amounts to an attack on our democracy itself. I can’t imagine what these individuals and their families are going through. There is no place for any form of violence in American politics.

My second point is both obvious and easily overlooked. Imagine the added burdens Rep. Scalise and other survivors of this tragedy would face if they were uninsured and facing multiple surgeries, rehabilitation, and other intense needs that accompany serious gunshot wounds. I’m not even talking about gunshot survivors whose insurance maxed-out or whose insurance doesn’t cover needed services – though that’s important too. 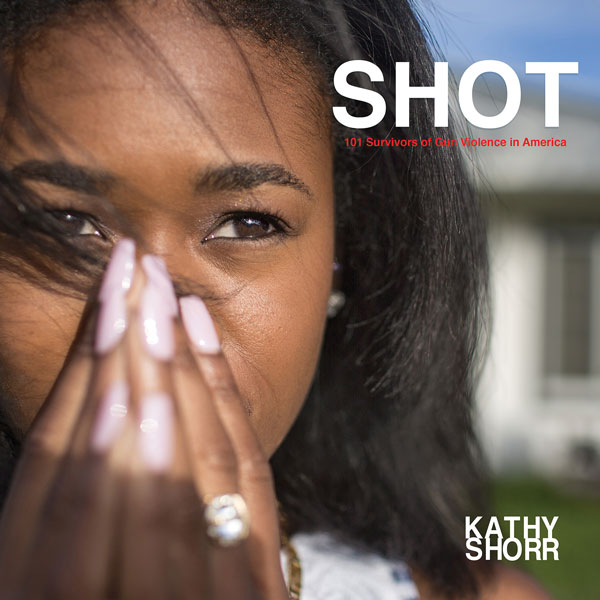 Photographer Kathy Shorr recently published a beautiful book called Shot. I was on a Chicago panel commemorating the book’s launch. Shorr’s book provides portraits and brief stories of 101 survivors of gun violence. Some of the survivors were shot in gang conflicts. Others were bystanders to various altercations. Others were victims of armed robbery or domestic violence. Still others were police officers shot in the line of duty.

Shorr’s photographs convey the lacerating damage firearms inflict on the human body, on the human psyche as well. Almost everyone Shorr chronicles travelled a long road to recovery that included the need for emergency care, reconstructive surgery, often years of complex rehabilitative services and home care.

Two survivors spoke on our panel. Their stories are instructive. 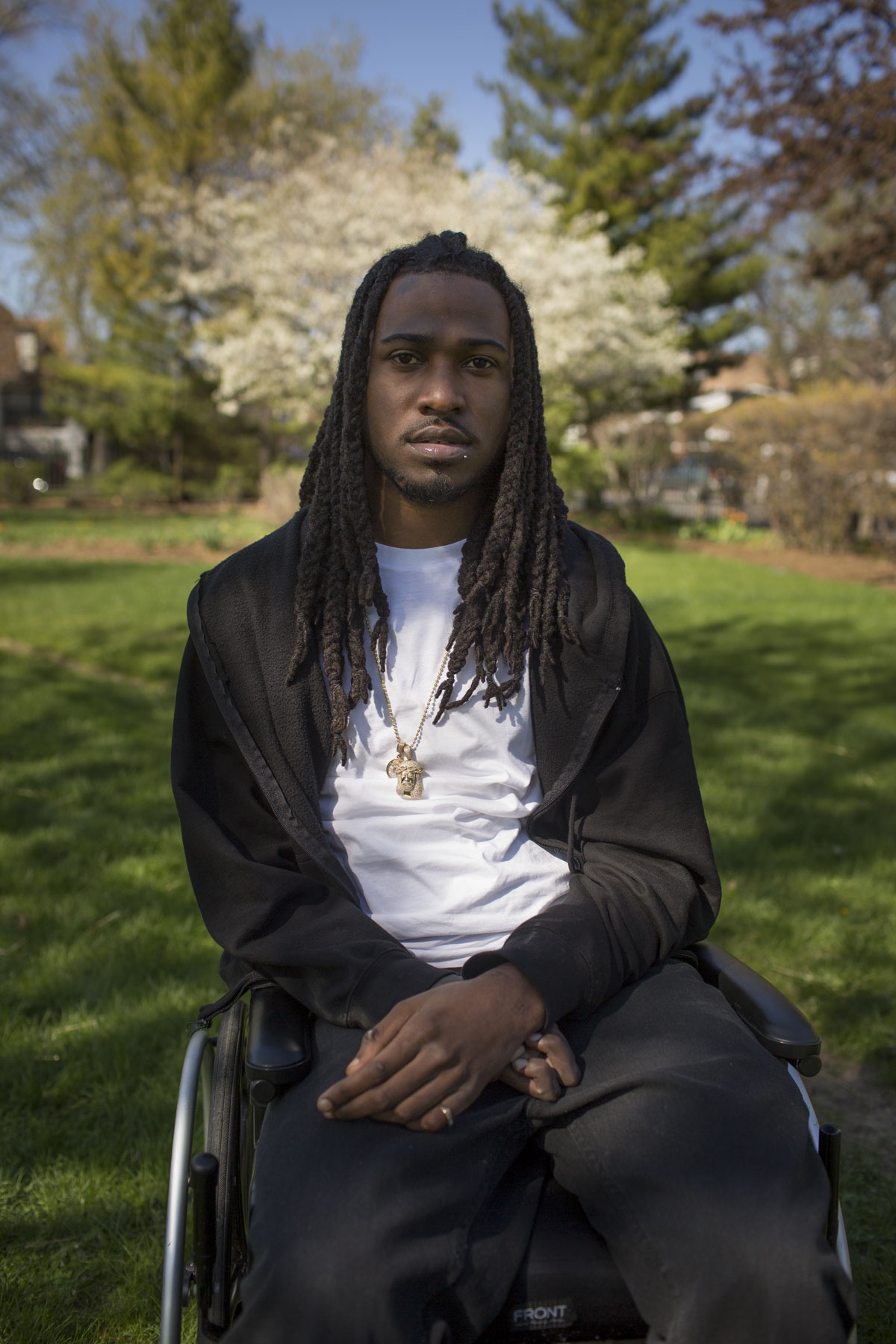 Ondelee Parteet lives within a bike ride of my office on Chicago’s south side. He was shot in the face by a 14-year-old boy after an incident at a party. Parteet is confined to a wheelchair, and his mother quit her job to care for him.

He has achieved striking successes over years of intensive rehab. He is a charismatic motivational speaker. I expect great things from him.

Mariam Pare was shot in the neck while stopped at a traffic light in an apparent random shooting that was never solved. Despite injuries that left her quadriplegic, she is an accomplished artist. She uses her mouth to paint and to master the mysteries of Photoshop. Check out her gallery here. It’s amazing stuff.

Chicago is fortunate to house some of the nation’s best rehabilitation facilities for spinal cord injuries. It was obvious, speaking with them, that both Mariam and Ondelee greatly benefitted from this care. It was also obvious that their care must have cost millions of dollars, and would likely have blown through the annual and lifetime spending caps that were quite common in American insurance before the Affordable Care Act. 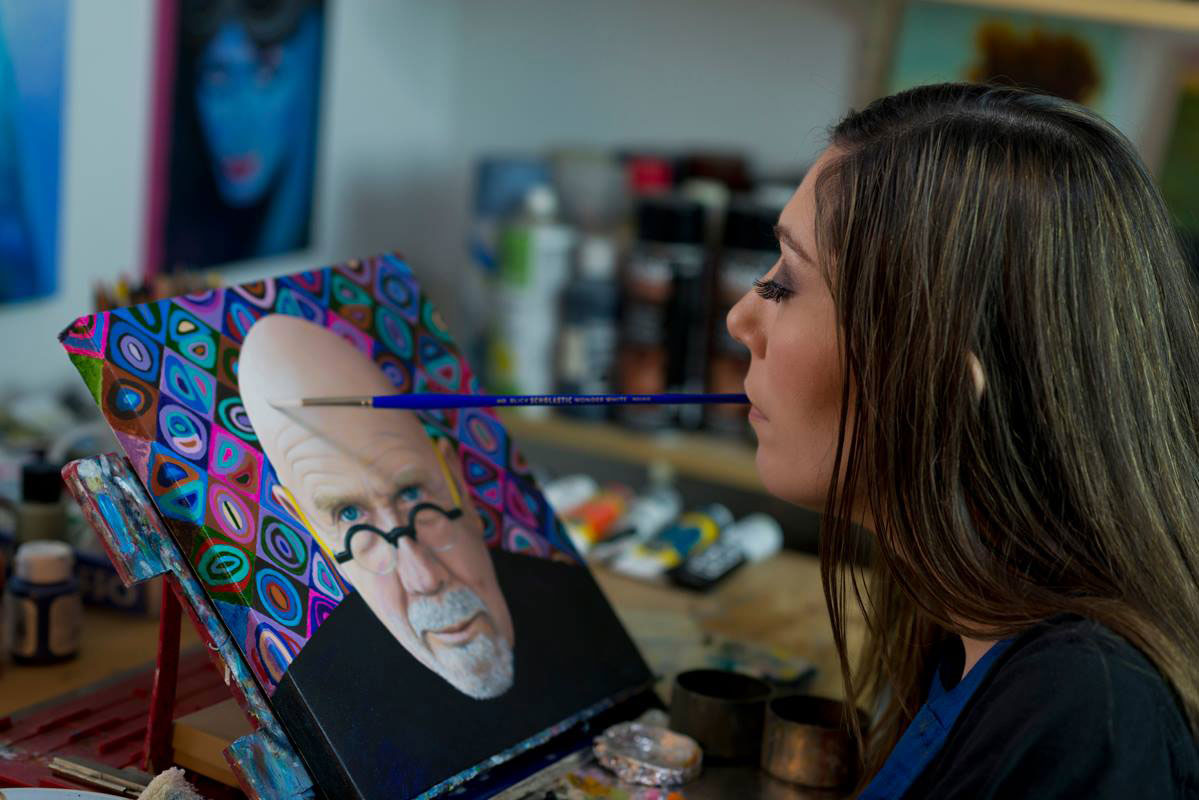 A recent Urban Institute study indicated that the average 2010 hospital inpatient stay for firearm assault injuries cost roughly $23,000. That initial stay is only the opening bid for many patients. The costs are far higher for more severe wounds, such as those Representative Scalise has suffered.

What happens when victims can’t pay for care?

Who pays for that care, and what happens when people cannot pay? This was no hypothetical predicament for thousands of Chicago gunshot survivors before ACA’s Medicaid expansion. Many of these men and women were low-income people who were uninsured. Many were simply left behind.

Some of my patients would be missing their skulls three months after the injury and have to wear helmets,” said Dr. Michael Ajluni, a traumatic brain injury specialist at the Rehabilitation Institute of Michigan in Detroit. “Now they can get their skulls back in place.”

Officials at urban hospitals across the country estimated that before the health law, more than half of their gunshot patients were uninsured. Obligated under federal law, hospitals provided hundreds of millions of dollars in unreimbursed services. Trauma surgeons called in favors for scarce charity openings with specialists, but more often grudgingly sent uninsured patients home, knowing they were unlikely to receive essential follow-up care.

Patients needing bowel diversion surgery, for example, a common necessity for those shot in the abdomen that should be surgically reversed after the intestines heal, instead walked around for months or even years with temporary colostomy bags because many hospitals would not treat them without health insurance.

“I felt deeply ashamed of that,” said Dr. Marie Crandall, a former trauma surgeon at Northwestern Memorial Hospital in Chicago, remembering shooting victims whose colostomies she was unauthorized to reverse.

What will happen if the ACA is repealed?

What will happen if ACA is repealed? Many gunshot survivors will once again be uninsured. Others will have insurance policies that reimpose spending caps, or whose less-regulated benefit package will not cover what gunshot survivors really need.

The most severely wounded survivors might qualify for federal disability benefits. Some will have sufficient work histories (roughly ten years of paid work) to qualify for Social Security Disability Insurance. SSDI brings Medicare coverage. But this coverage includes many gaps that destroy people’s finances. Life being what it is, most survivors are young adults, who wouldn’t qualify through this route.

Other survivors may turn to the other main federal disability program, SSI (Supplemental Security Income). SSI brings more comprehensive Medicaid benefits. But unlike ACA’s Medicaid expansion, SSI imposes a $2,000 asset cap. Although this cap excludes the value of people’s homes, it devastates people’s ability to live normal economic lives. And, independent of the wonky program details, it’s horrible and stupid for a health care system to force people into disability programs when what they really need is help paying their medical bills.

From the point of American politics, the apparently-targeted shooting of a Congressman is a chilling escalation. From the point of view of American gun violence, horrible shootings in public parks are sadly routine. Everyday victims rarely make the front page when they are merely maimed or permanently injured.

I myself wrote in the Washington Post about a horrific incident in which 13 people, including young children, were ambushed in a Chicago park and shot with an assault-style rifle similar to that used to shoot Rep. Scalise. The haunting pull-quote – “My baby was shot with a gun that was bigger than he was” – sticks with me. Firefighters had to power-hose the basketball court before morning so that little children wouldn’t see the congealed blood on their way to school.

Our gun violence strikes so randomly and so cruelly. Tens of thousands of people are shot every year and survive their injuries. Their lives are permanently altered. Many require costly forms of care. At least through ACA, we have made real progress to provide decent health care to those directly affected.

Please, Senators. Don’t screw this up.