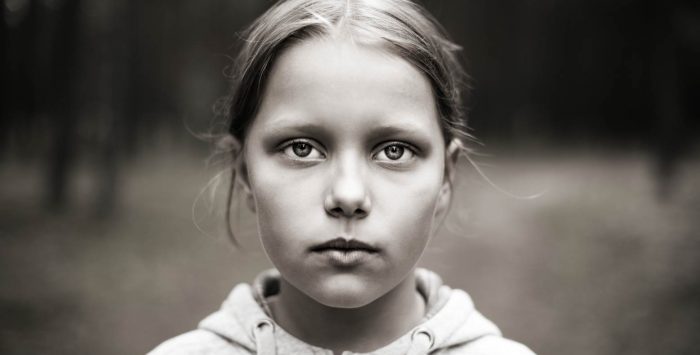 The American Health Care Act passed by the House last month is not simply – or even primarily – an ACA repeal bill. It’s a Medicaid dismemberment bill. That’s likely to be true as well of the Senate variant currently being crafted behind closed doors and rushed to a vote without any public airing or discussion. Republican legislation will hurt the individual market for health insurance, but it won’t spend that much less subsidizing that market than the ACA does. Over three quarters of the AHCA’s spending cuts – $834 billion over ten years, according to CBO’s estimate – come out of Medicaid’s hide. That’s a mind-boggling 26-percent cut in Medicaid spending.

The degree of damage to be wrought by the legislation’s various spending reductions and changes in law is almost the inverse of where media emphasis falls. Here’s how I’d rank the unkindest cuts:

Notwithstanding that Medicaid is the cheapest part of the U.S. healthcare system, with the slowest cost growth, the formula imposed by the AHCA on federal spending growth will trail Medicaid cost growth by 0.7 percent per year, according to CBO’s estimate. 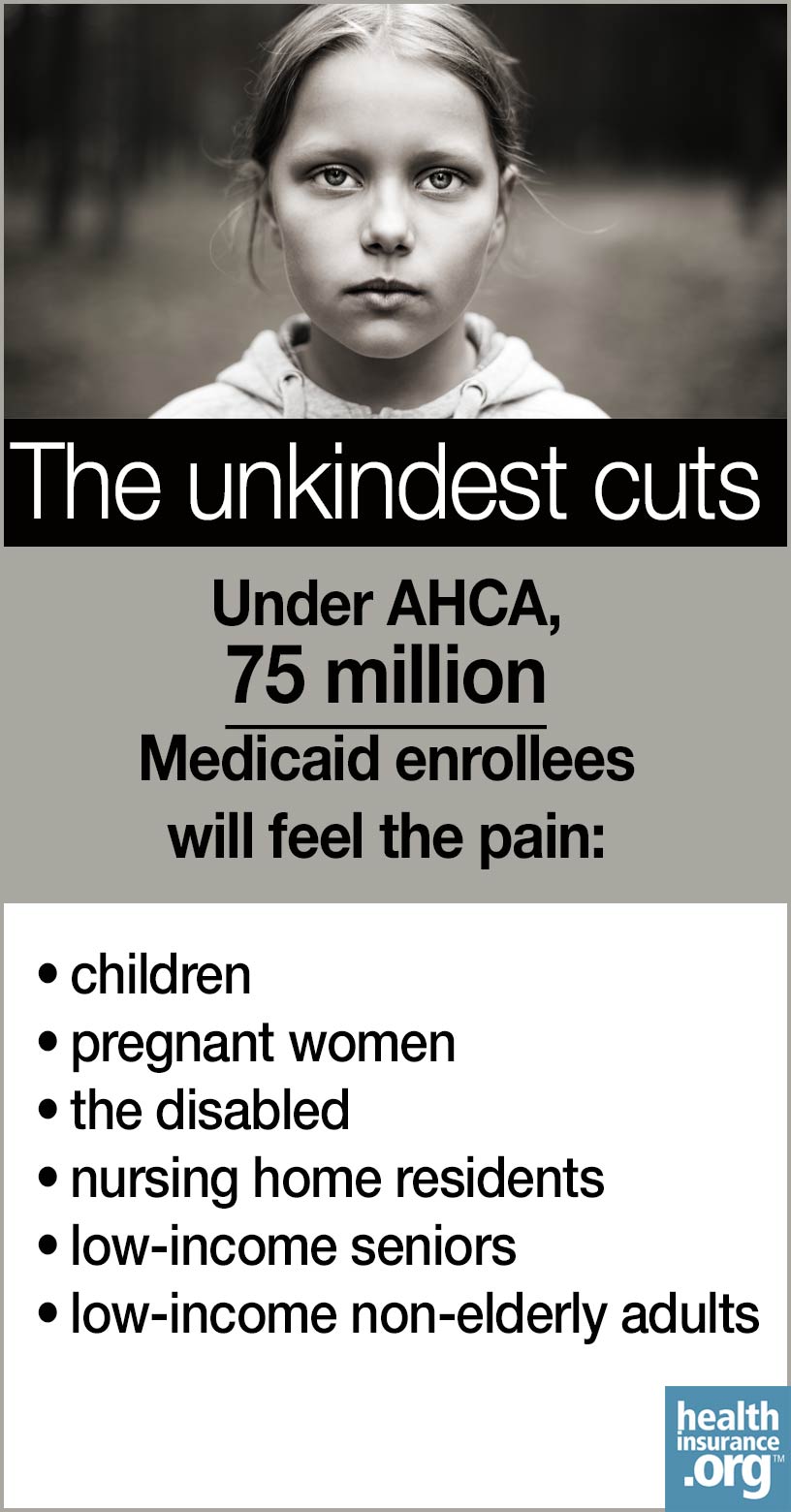 The worst thing about this cut is that it’s forever. It will degrade service and access in programs serving all of the 75 million current Medicaid enrollees – children and pregnant women, the disabled, nursing home residents and other low income seniors, and low income nonelderly adults. (For an in-depth look at how vital Medicaid is to people with disabilities, and how per capita caps are likely to affect services, see Jonathan Cohn’s in-depth profile of a college student with cerebral palsy.)

Republican senators in expansion states speak smoothly of  a “stable transition” for 11 million expansion beneficiaries, but it’s a transition to nowhere. There’s no way states can cover loss of the enhanced federal match (90 percent of cost) for those rendered eligible for Medicaid by ACA expansion criteria (adults with incomes up to 138 percent of the federal poverty level).

The AHCA cuts off the enhanced match for new enrollees in 2020. Given typical Medicaid churn, CBO estimates that 95 percent of those whose coverage is funded by the enhanced match will be gone by 2024.  Senate legislation may slow this phase-out somewhat but won’t stop it. In total, CBO estimates that 14 million fewer people will be enrolled in Medicaid under the AHCA in 2026 than under current law.

The Republican legislation will hurt the individual market – eroding protections for people with pre-existing conditions and undermining the availability of coverage for services like childbirth and mental health. It will also increase out-of-pocket costs for enrollees – increasing cost-sharing by 61 percent, according to the Medicare Actuary’s estimate.

By eliminating the ACA’s Cost Sharing Reduction subsidies, the Republican bill will likely render healthcare unaffordable for most of the 6 million current enrollees who receive those subsidies. Enrollees as a group will be younger, wealthier and healthier than the current cohort.  It will not, however, radically reduce individual market enrollment over time – CBO’s estimate of the ten-year enrollment reduction compared to current law is 2 million, and the Senate will probably sweeten individual market subsidies somewhat.

Ultimately, a well-structured and adequately subsidized individual market (or quasi-public substitute) could provide adequate affordable insurance for some 30 million Americans, and that won’t happen under Republican restructuring. (Current individual market enrollment is a bit under 20 million.)  By compromising the ACA’s mandatory essential health benefits, the Republican legislation could also damage employer-sponsored insurance, for example by letting employers laser out coverage for certain EHBs, or allow coverage for such services to be capped.

Nonetheless, the damage Republicans will likely do to the individual market is dwarfed by the damage they will certainly do (if they pass anything) to Medicaid. Thus all the high drama over medical underwriting and EHBs continues to serve as a smokescreen for Medicaid’s dismemberment.