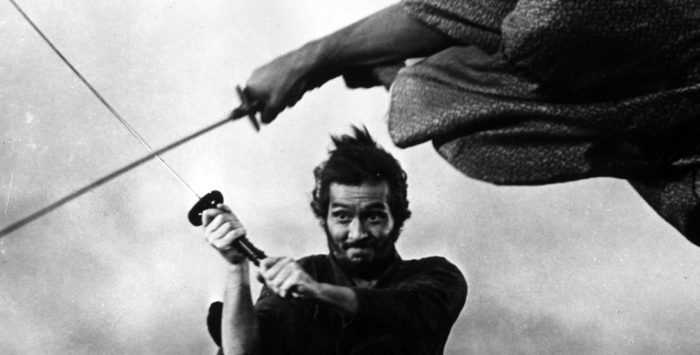 Throughout 2017, the Trump Administration has taken brazen action to sabotage the ACA and the health insurance markets that operate under the ACA’s rules. Funding for HealthCare.gov’s marketing and outreach has been slashed (nevertheless, a record number of people purchased coverage on the first day of open enrollment), and funding for cost-sharing reductions has been eliminated. A new executive order instructs federal agencies to draft regulations that will ultimately undermine the stability of the ACA-qualified insurance market.

That’s a lot to withstand, and it’s left the individual health insurance market on somewhat shaky ground. Quite a few insurers have opted to exit the exchanges or the entire individual market at the end of 2017 (although quite a few others are expanding or joining the exchanges for the first time), and pre-subsidy premium increases for 2018 are substantial.

But while the Trump Administration has been working to thwart the ACA, quite a few states have been taking action to shore up their individual markets and protect access to health care. Let’s take a look at what they’re doing:

But nine of the states that have their own enrollment platforms have opted to extend open enrollment for 2018 coverage. Enrollment will begin on November 1 in all of them, but will end on the following dates:

In those states, people have extra time to enroll. Data from previous open enrollment periods indicates that the people who enroll on the later end of the window tend to be younger and healthier than those who enroll at the start of the window. This makes sense, as sick people are not likely to procrastinate when it comes to securing health insurance coverage.

So the longer open enrollment periods in those nine states are an effort to ensure that enrollment assistance isn’t stretched too thin, that as many people as possible can enroll, and that the individual market risk pool will be as stable and healthy as possible.

Adding the cost of CSR to Silver plans

Premiums for 2018 are going to be significantly higher than they would have been if cost-sharing reduction (CSR) funding had been committed early in 2017. And after months of dithering on the issue, the Trump Administration announced three weeks before the start of open enrollment that funding for cost-sharing reductions would end immediately.

But regulators in many states had already anticipated that move, and had taken action to protect the majority of their individual market enrollees from the fallout.

David Anderson, Charles Gaba, Andrew Sprung and I have been putting together a spreadsheet and a map that show which strategy — if any — each state has taken, and more details are available for most states on healthinsurance.org’s pages about the exchanges.

In general, states that directed insurers to add the cost of CSR to Silver plans have protected most consumers from the impact of the elimination of federal funding for CSR. Many states, including California, Pennsylvania, and Florida, have taken that strategy even further, by ensuring that there are off-exchange-only Silver plans that won’t include the cost of CSR in their premiums.

For people who don’t get CSR but who do get premium subsidies (ie, those with income between 250 percent and 400 percent of the poverty level), Gold and Bronze plans will end up being an even better value in states where the cost of CSR has been added to Silver plans.

In short, states had the option to take action to ensure that most consumers would be unharmed by the CSR funding cut. Many did so by late summer, and others made last-minute changes to rates after the Trump Administration clarified that CSR funding would not continue.

On President Trump’s first day in office, he weakened the ACA’s individual mandate with his first executive order, creating the perception that the individual mandate would no longer be enforced. (To the extent that it can be enforced, the enforcement has actually remained unchanged — but perception is key, and the uninsured rate has spiked upwards in Trump’s first several months in office.)

Nationwide, there are about 16.5 million people in the ACA-compliant individual market. But since each state’s individual market is separate from all the others, most of them have fairly low total populations.

So it doesn’t take very many high claims to destabilize a state’s individual market, since the premium increases necessary to cover claims can result in coverage becoming unaffordable for healthy, unsubsidized enrollees, who then leave the market, further exacerbating the problem.

The ACA included a reinsurance program, but it was temporary and only lasted through 2016. So some states have set out to create their own reinsurance programs, using 1332 waivers so that they can fund reinsurance with the federal money that would have otherwise been spent on larger premium subsidies.

The result is fairly minimal state spending and unchanged federal spending, but lower premiums that result in more people being able to afford coverage.

In October, the Trump Administration announced new regulations — effective immediately — that grant employers wide-ranging access to exemptions from the ACA’s requirement that health plans cover all FDA-approved contraceptives for women.

Throughout 2017, Republican lawmakers have tried to modify the ACA provision that requires all individual and small-group major medical plans to cover the essential health benefits. To varying degrees, they want to allow the sale of less robust coverage again, and put the onus on the consumer to choose well.

One of the ACA’s essential health benefits is preventive care, which includes full coverage for at least one form of every FDA-approved female contraceptive method. This requirement remains in force, as none of the 2017 legislative efforts to repeal or change the ACA have been successful.

The Trump Administration implemented regulations in October 2017 that broaden the ability for employers and universities to obtain exemptions from the requirement that their health plans cover contraceptives, and Republican lawmakers have tried repeatedly to advance legislation that would allow individual market plans to be sold without contraceptive coverage.

But more than half the states have some sort of regulations in place that require contraceptive coverage, in some cases without a copay. Here are some examples of the steps states have taken to enhance and protect access to contraception, regardless of federal actions:

Although the battle over the ACA is likely to be protracted and messy, states have the ability to protect their residents to some extent. Consumers can and should contact their federal representatives to have conversations about health care reform, but they can also reach out to their local leaders to express opinions about strengthening consumer protections at the state level.