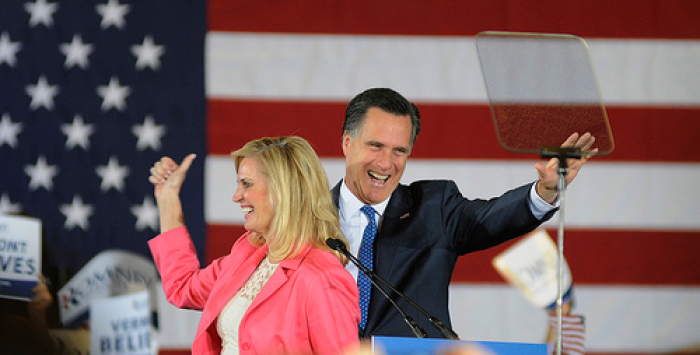 I like Ann Romney. She strikes me as a charming, dignified, and tough advocate for her husband’s presidential campaign. On Thursday, she appeared on Entertainment Tonight to discuss her experiences as a breast cancer survivor and her challenges arising from multiple sclerosis.

Having sat white-knuckled in a gritty Chicagoland hospital waiting room as my wife lay unconscious in the cardiac ICU, I feel some kinship with Mitt Romney in seeing a life partner facing profound medical challenge. Neither Romney nor I know what it felt like for many families sitting near me, who faced a medical crisis while also fearing crushing medical bills.

In 2008, I happened to speak at the National Multiple Sclerosis Society’s annual meeting. I was touting health reform. This was a large, friendly crowd.  Afterwards, an older gentleman hobbled over. Leaning on a huge antique walking stick, he recounted a host of complex medical and financial difficulties he faced with this painful disease.

MS is financially punishing for so many people who lack economic resources or insurance that really covers a complex chronic disease. A heartbreaking NPR story compared the experiences of two MS patients: one in Great Britain, and one in the United States. I’ll let you guess which one was driven to split his pills, became medically uninsured, qualified for disability but fell into the two-year Medicare waiting period, lost his home, and went bankrupt. Economic hardship and financial barriers to appropriate care are common among MS patients across the United States.

In May, 2008, the National Multiple Sclerosis Society enunciated seven principles it wanted to see enacted in health reform.

This was a virtual summary of what became the Affordable Care Act. Indeed two years later, the National Multiple Sclerosis Society responded to health reform’s passage as follows:

MS Activists have been actively engaged [in supporting] many concepts that are a part of the recently passed bill, such as:

Mitt Romney pledges to overturn many of the above provisions, especially those that provide financial supports and expanded coverage for literally tens of millions of low- and moderate-income Americans who would otherwise go uninsured.

In similar fashion, the American Cancer Society’s Cancer Action Network concludes that “The Affordable Care Act will save lives . . .”

We have some of the best health care in the world, but for many years that care has gone to fewer and fewer people who can afford it. Cancer patients and survivors are denied coverage because of pre-existing conditions. They have to pay more than they can afford for the care they need. And they pay for health insurance that does not cover lifesaving cancer screenings, treatments, or follow-up care.

Many people with cancer live in fear of losing their health coverage if they lose their job. They worry about having their coverage cancelled because they got sick or they face limits on the amount of care their health plan will cover. Many other people who are happy with their coverage would face these same problems if they were diagnosed with cancer.

Mr. and Mrs. Romney might ponder why so many people whose lives have been altered by chronic disease and disability become passionate supporters of health reform. Some of these advocates directly experience medical-economic hardship. Others have not faced the most punishing financial consequences. They merely see what happens to others, less-privileged, who face the same medical challenges with fewer resources.

Like the Daily Beast’s Michael Tomasky, I’m dismayed that Mr. Romney chose a different course. Anyone who’s sat in those hospital waiting rooms should know better.