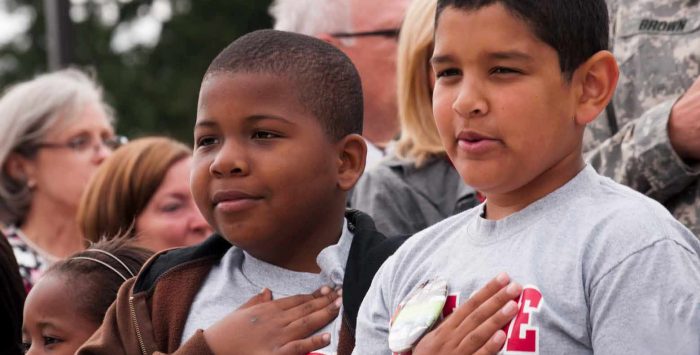 The Kansas legislature begins each day with prayer, followed by the Pledge of Allegiance. For me, as we finish with “… and justice for all,” I frequently add under my breath “thus, expand Medicaid!” Social justice is one of the four tenets in bioethics, and a value that I hold close to my heart. Being a Republican Senator from Kansas and a vocal advocate for Medicaid expansion, as unexpected as that sounds, is simply a natural consequence of quoting the pledge each day.

The American healthcare system has utilized Medicaid since 1965 when it was established under President Lyndon Johnson. At first, Medicaid gave medical insurance to people getting cash assistance. In recent times, a much larger group is covered:

With the implementation of the Affordable Care Act (Obamacare) in 2010, a Health Insurance Marketplace was added to the mix, subsidizing insurance for low-income people who did not qualify for Medicaid but could not afford insurance. Now, the federal legislature is threatening to essentially eliminate much of what was put in place to provide insurance for many American people, including members of my own family, patients my husband cares for, and constituents that I represent.

While people argue whether health care is a right or a privilege, those who care for the patients continue to do so, frequently without reimbursement The Emergency Medical Treatment and Labor Act (EMTALA) requires anyone coming to an emergency department to be stabilized and treated, regardless of their insurance status or ability to pay, but since its enactment in 1986 has remained an unfunded mandate. Once a patient is stabilized, there is no mandate for further treatment, such as chemotherapy, diabetic blood-sugar monitoring, or a much-needed root canal. While politicians fight over ideology, patients become sicker. We have a system of haves and have-nots in the most wealthy and progressive country in the world.

My advocacy for Medicaid expansion

As a member of the Kansas legislature for the past eight years, I have been one of the few (if not the only) legislators with direct experience treating Medicaid patients. While the system of reimbursement is far from perfect, I have never felt these patients should be excluded from treatment because of their poverty or disability. Although Kansas continues to be a state that has not expanded Medicaid, I remain a staunch advocate for expansion. Part of that reason is from my own experience as a health care provider; additionally, I am married to a primary care physician who serves ALL patients in need. The two of us are not just influenced by our own medical practices on this issue. We have two adult children, both of whom have been beneficiaries of the Exchange program under Obamacare. 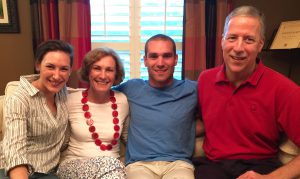 Our 27-year-old son has spent the past year applying for mechanical engineering jobs and not getting hired. Even with a part-time job, he was earning too little to afford health insurance in the individual private market. Being covered through the Exchange has been such a blessing, particularly since he has asthma and needs expensive medication to keep it under control. With the announcement of “Repeal and Replace,” he has been under great stress wondering what, if any, health insurance he could afford or even be eligible for with his pre-existing asthma condition. He is one of the real people who is living under duress while waiting to see the impending effects of completely eliminating the ACA.

View from the front lines of healthcare

My husband has been serving as a Family Practice physician for the past 29 years. Being on the front lines of patient care brings him face to face with the problems in our system of payment for healthcare in the U.S. One of the issues he has identified for those without insurance is preventive care. Maintaining a relationship with a primary care provider and having regular checkups, testing, and care, can keep a patient healthy, hopefully avoiding expensive hospitalizations or treatment regimens. The expense for routine maintenance of health is far less than intervention in a medical crisis. Patients must also have the ability to pay for medications and other treatments; it does no good to be diagnosed in an emergency room with diabetes and then have no way to pay for the drugs and supplies needed to treat the diabetes. Another concern he has if the ACA is completely rescinded is related to the return to using the emergency room rather than seeking treatment from a primary care provider. Frequently the huge expense incurred from an ER visit leads to financial crisis for patients. Not only can they not pay the bill, they still may not have received the medical care needed other than initial medical stabilization.

Currently, I serve as vice-chairman of the Public Health and Welfare committee in the Kansas Senate, as well as on the KanCare (Medicaid) Oversight Committee. Kansas is in a horrific budget crisis that we are finally on the path to resolving, but the lack of financial resources has definitely impacted our Medicaid program. The wait for disabled Kansans requesting Home and Community Based Services (HCBS) waivers is frequently seven years. Provider reimbursement, already extremely low, was cut 4% and is slated to be returned to previous levels but not increased. The KanCare program is a Managed Care Organization (MCO)-based for-profit model. And as mentioned earlier, the state has not expanded Medicaid coverage in spite of the great savings touted by our governor with our KanCare program. The most recent data (2015) shows that Kansas has approximately 264,000 out of 2.87 million people without insurance. If the proposed Senate AHCA plan moves forward, not only will we see cuts to our current Medicaid funding, but we will also see a substantial increase in the number of uninsured.

A moral mandate for legislators?

As a legislator, it is my responsibility to seek public policy that actually provides solutions. Public health is a substantial interest for state and federal government that requires proper attention from the policy makers. Politicizing the health of American citizens is a tragic mistake. Thirteen men in a back room cannot possibly provide appropriate answers for a way to move healthcare payment in America forward.

If this country wants to have any control over the cost of healthcare coupled with positive health outcomes, it MUST seek ways to ensure that patients have some type of insurance that will help cover payment for their care. Refusing to include experts in the discussion, rushing to meet contrived deadlines, seeing the issue as a tax issue rather than a healthcare issue … all of these must change if we have any hope of finding answers to this immense challenge both in Kansas and in the US. Why not at least look to a primary public payer system with secondary private payers, much like our current Medicare system, as a potential starting place? Certainly, we need to bring transparency to the discussion.

The survival of our capitalistic model of healthcare enmeshed with our public systems of Medicare and Medicaid continues to be less and less likely. Instead of hiding behind the “D” or the “R”, let’s join together, admit that we need to move forward, and take care of our citizens with the health needs that are simply part of our underlying humanity. Justice for ALL.

Kansas State Sen. Barbara Bollier is a lifelong resident of Kansas. She served in the Kansas House of Representatives from 2010 to 2017. In 2016, she was elected to the Kansas Senate, where she served as vice-chairman of the Public Health and Welfare committee as well as on the KanCare (Medicaid) Oversight Committee.