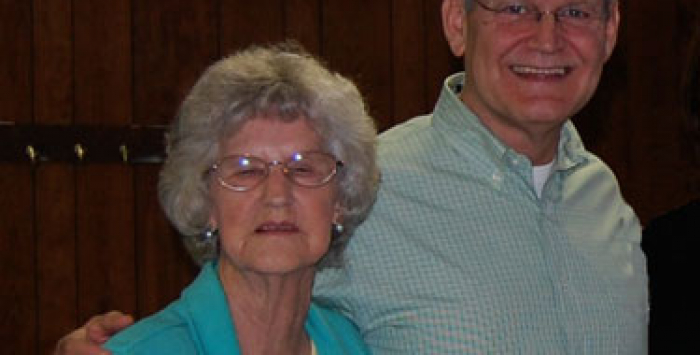 If you’re being courted by a private insurance company to enroll in one of its Medicare Advantage plans, don’t sign on the bottom line until you’ve read a recent report by a researcher at the Center for Medicare and Medicaid Services (CMS). The real bottom line you need to understand is that the insurer might want to keep you enrolled only as long as you’re relatively healthy. When that changes, you just might find that you’re no longer considered a valued member and that the traditional Medicare program is a much better deal for you.

The study, published recently in the Medicare and Medicaid Research Review, confirmed what some who are familiar with the Medicare Advantage program, including me, have suspected: when people enrolled in MA plans become critically ill, many realize that the only way they will get coverage for the care they need – and at a facility of their choice – is to return to the traditional Medicare program. 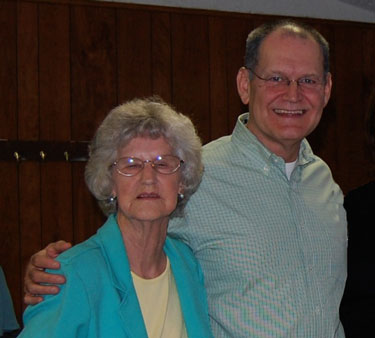 Former health insurance industry exec Wendell Potter says he believes his mother Pearl, left, is alive today because she was disenrolled from a Medicare Advantage plan that would have failed to cover costs of care that Traditional Medicare covers.

It may come as a surprise, but one of the reasons the Medicare program costs taxpayers more than it should is that the federal government has for years been overpaying insurance companies to participate in the Medicare Advantage program. (Medicare Advantage plans – typically HMOs and PPOs – are private alternatives to traditional Medicare.) Congress created the program after private insurers insisted that not only could they meet the medical needs of senior citizens and the disabled more cost effectively than the government, they could do so and still make a profit.

Many of the first insurance companies to participate in the program (previously known as Medicare+Choice) found out they couldn’t deliver on that promise. According to Health Affairs, 44 percent of the insurers that tried it between 1987 and 1990 threw in the towel and dropped out of the program. To entice them back, the federal government began paying insurers a bonus every year in the form of overpayments. Those overpayments have been sizable enough to keep most of them in the game and to keep investors of for-profit insurers happy.

In 2009, the Medicare Payment Advisory Commission (MedPAC), which advises Congress, reported that those bonuses were costing Medicare (read: taxpayers) billions of dollars every year. It estimated that in 2009 alone, Medicare paid private insurers 14 percent more per beneficiary than it would cost the government to cover those beneficiaries in traditional Medicare. Between 2004 and 2008, according to MedPAC, the overpayments totaled nearly $33 billion.

During the debate on health care reform, the Congressional Budget Office estimated those overpayments would cost the government $157 billion over the coming decade. As a consequence of these overpayments, according to CMS, premiums for all Medicare beneficiaries, including those enrolled in traditional Medicare, are higher than they otherwise would be. That’s more than just an annoyance: the Medicare Hospital Insurance Trust Fund will become insolvent 18 months earlier than it would otherwise because of those overpayments, according to Congressional testimony by CMS’ chief actuary. That’s why, despite intense lobbying by the insurance industry, Congress inserted a provision in the Affordable Care Act to eventually phase out those overpayments.

It turns out, though, that those overpayments are not the only reason for MA insurers’ healthy profits. Many MA enrollees are finding that their plans – which offered discounts on gym memberships and hearing aids as an enticement to enroll – are not so willing to cover things like skilled nursing care when they get critically ill.

To see if that might be happening on a large scale, CMS researcher Gerald Riley looked at 240,000 people who dropped out of their MA plans in 2007 and compared them to Medicare beneficiaries who had always been enrolled in traditional Medicare. He found that those who had left their MA plans had used an average of $1,021 a month in medical services during the first six months after returning to traditional Medicare, compared to $710 a month for those who had never been in an MA plan.

Sicker MA enrollees may be less satisfied with program

Citing his own findings and previous research that found more problems getting needed care among MA enrollees than beneficiaries in traditional Medicare, Riley wrote that, “Disenrollment of high-cost individuals may be related to persistent lower levels of satisfaction among sicker MA enrollees.”

My own mother will attest to that.

Back when my mother was much younger and healthier – and when I still worked in the insurance industry – I encouraged her to enroll in an MA plan. At the time it was especially appealing because it covered prescriptions medicines. The traditional Medicare program didn’t provide drug coverage until 2006.

Although Mom saw her MA premiums increase significantly over the years, she didn’t have any real motivation to disenroll until after she broke her hip and required skilled care in a nursing facility. After a few days, the nursing home administrator told her that if she stayed there, she would have to pay for everything out of her own pocket. Why? Because a utilization review nurse at her MA plan, who had never seen or examined her, decided that the care she was receiving was no longer “medically necessary.”

Because there are no commonly used criteria as to what constitutes medical necessity, insurers have wide discretion in determining what they will pay for and when they will stop paying for services like skilled nursing care by decreeing it “custodial.”

After doing considerable research, I learned that another highly regarded nursing facility nearby would take Mom and provide her with the skilled care she needed, but not if she stayed in the MA plan. That facility had years ago decided not to participate in MA plans like the one my mother was in because what happened to Mom was happening to other patients. Utilization review nurses at MA plans – not the patients’ treating physicians – where making the ultimate decisions as to whether nursing care was medically necessary. They still do.

I’m confident that Mom is alive today – and not completely broke – because she disenrolled from her MA plan and returned to traditional Medicare with a Medicare supplement plan to cover out-of-pocket expenses. And I’m confident after reading Riley’s study that there are hundreds of thousands of other people just like Mom who had similar experiences. And that the traditional Medicare program is paying more than it should because of the practices of many MA plans.

Your chance to leave MA is limited

At the beginning of the MA program, people could disenroll at any time. That’s no longer possible. If you’re in an MA plan and don’t like it, you have a relatively brief window of opportunity each year to go back to traditional Medicare. Keep that in mind as you’re trying to decide whether an MA plan is right for you, either now or later. It very well could be right for you. Some studies have indicated that people in MA plans are less likely to end up in the hospital or emergency room. But you might not know that enrolling in a private plan was not a great idea until you’re critically ill.