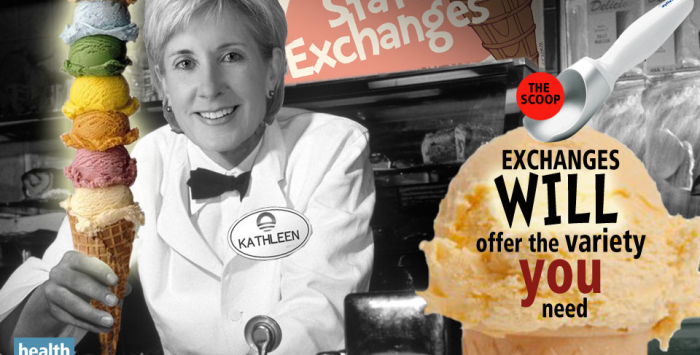 It will be almost five months before the states’ health insurance exchanges will be up and running and already we’re seeing media stories suggesting that some insurance companies will not sign up to sell their policies on the exchanges – at least not right away.

“Big insurers wary of entering new Obamacare markets,” read the headline of a May 2 Reuters story, which was based solely on comments by executives at a few large for-profit insurance companies who said they might not participate right off the bat in all the exchanges.

A few days earlier, the Pew Charitable Trust’s daily news service, Stateline, warned, “lack of competition might hamper health exchanges.” Another story out of Denver reported that Coloradans might have no more than 150 or so policies to choose from on that state’s exchange. As if 150 might not be enough.

So should future health insurance shoppers be losing sleep about meager selections come October 1, the date the exchanges by law have to be ready to enroll people who don’t work for employers that offer coverage? Hardly.

First, a little background. Members of Congress who drafted the Affordable Care Act (Obamacare) included a provision in the law requiring states to set up online marketplaces, referred to as health insurance exchanges in the legislation, to make it possible for Americans to evaluate and enroll in health plans in ways not possible today. The exchanges will enable us to compare one health plan with another, get cost and coverage information about the plans offered in concise, understandable language and in a standardized format, determine our eligibility for Medicaid or federal subsidies to help us pay the premiums, and sign up for the plan we think best meets our needs with the click of a mouse.

Most Americans under the age of 65 who get their coverage through the workplace – the vast majority of us – will have no need for the exchanges. But if we’re unemployed or work for a business that doesn’t offer subsidized insurance benefits, or our incomes are so low that we’re eligible for Medicaid, the exchanges will, it is hoped, be a convenient and efficient place on the Internet to enroll in a plan.

In addition to individuals and families, small businesses will also be able to use the exchanges to evaluate coverage options and enroll their employees.

If the exchanges are to work as envisioned, it will be necessary for thousands of people – millions in big states like California – to use them and for private insurance companies to participate.

It will not be necessary, however, for every insurance company licensed to operate in a given state offer policies on the exchanges and, undoubtedly, some – especially the big for-profit insurers – will take a pass, at least initially.

The Blue Cross and Blue Shield plans and most if not all of the nonprofit insurers almost certainly will want to offer their policies on the exchanges because a significant percentage of their current customers are small businesses and individuals and families who cannot get coverage from an employer.

With the exception of WellPoint, which operates Blue Cross plans in 14 states, the other big for-profits – Aetna, Cigna, Humana and UnitedHealthcare – are far more interested in administering the benefits of very large employers than selling directly to individuals and small businesses. At Cigna, for example, about 85 percent of the people enrolled in its plans work at a large employer or are a dependent of someone who does. In fact, even though Cigna operates in all 50 states, it is not even possible in most of those states for an individual to enroll directly in a Cigna plan.

The reality is that most of these big for-profit companies do not have the experience and expertise in the individual and small group markets that the Blue Cross plans, including those owned by WellPoint, have. Because it knows this marketplace better, WellPoint has said it will participate in the exchanges of all the states in which it has a presence.

There is concern that some small states might not have enough insurers offering policies on their exchanges for competition to keep premiums in check. But it doesn’t take a half dozen or more insurers to participate for competitive pressure to have an effect on premiums. Vermont’s exchange will have only two companies, both of which are nonprofits, competing for enrollees. The rates those companies have submitted to the state show that few Vermonters will see significant premium increase next year and that many will be paying far less because of the federal subsidies that will be available for the first time.

Another factor will be the effect of the new nonprofit co-op health plans that will operating in 24 states, thanks to startup loans made available through the Affordable Care Act. Because the co-ops and other nonprofits don’t have to devote a big percentage of premium revenue to reward shareholders and pay their executives multi-million dollar salaries, they may have the ability to offer coverage at lower rates than available in those states today. Just how low will depend on the deals they negotiate with local doctors and hospitals.

So don’t let the headlines like those mentioned earlier scare you. What some of the big for-profit insurance companies are saying about taking a wait-and-see approach is what anyone who is familiar with their current business models would expect them to say. Those companies are no longer insurers in the traditional sense, anyway. Their preference is to administer benefits for large employers that self-insure rather than to put their own money at risk by actually insuring individuals.

The number of insurers that participate in the exchanges will vary from state to state, but there should be no shortage of affordable options available, especially when the subsidies – which will be available only for coverage purchased through the exchanges – are factored in. A more likely problem is that people will find it annoying to sort through all the plans.