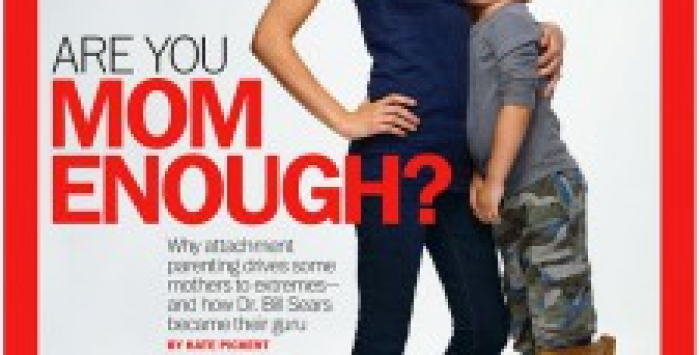 Note to readers: I welcome reader comments and questions, and will try my best to reply in a timely manner. I ask only that you do your part to keep our discussion both reasoned and polite. – MM

First, a purposefully salacious TIME cover featuring a mother nursing her three-year-old stirred controversy. Then a photo of an Air Force moms breastfeeding while in uniform sparked outrage.

What few critics mention is that the law of the land now supports nursing mothers. The Affordable Care Act (ACA) stipulates that, beginning this August, new insurance policies are required to pay for lactation counseling and breast pumps – without cost sharing.

Breast pumps?? sputter conservatives. Since when did pumps become an “essential benefit?”

Answer? Since we realized that if 90 percent of women nursed their babies for six months, giving them breast milk only, we could save 900 lives per year, and reduce health care spending by $13 billion annually.

This explains why savvy insurers reimbursed for pumps well before Congress passed the new law. 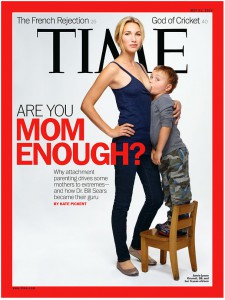 The May cover of TIME made some subscribers squirm and ignited controversy over the topic of breastfeeding.

For the child, the benefits last a lifetime. This is why the American Academy of Pediatrics (AAP) recommends that women nurse for at least 12 months, and thereafter for as long as mother and baby desire. First, breast milk provides antibodies that defend infants against illnesses such as pneumonia, diarrhea, and, respiratory infections. Nursing also reduces the risk of “sudden infant death syndrome.” Over the longer term, breastfeeding makes it less likely that a child will suffer from type 1 and type 2 diabetes, asthma and childhood leukemia.

Responding to the evidence, last month the New York City health department began a campaign to encourage hospitals to stop handing out free formula.  Twenty-four institutions are participating, despite the cost.  The chairman of  ObGyn at Maimonides Medical Center explained: the hospital gets free baby bottles from the formula companies, saving it hundreds of thousands of dollars a year. “It is an act of will to decide that … the well-being of the next generation is more important than that money,” he acknowledged.

The battle against childhood obesity

Skeptics have suggested that perhaps breastfed babies are less likely to be overweight later because, typically, they are the offspring of more affluent mothers who have access to healthier lifestyles for themselves and their children.  But when researchers adjust for parents’ weight, dietary factors, physical activity, parents’ socio-economic status, and education, they find that the relationship between  breastfeeding and reduced risk of obesity held.

When children nurse, they have more control over how much milk they consume. This may make them better at responding to internal cues that they are full. “Research also reveals that formula-fed infants show higher plasma insulin concentrations … which stimulate more fat tissue,” the CDC observes.  Meanwhile “concentrations of leptin (the hormone that is thought to inhibit appetite), may be lower in breastfed babies.”

Let me be clear: despite the health benefits, no woman should be pressured into nursing her baby. Some mothers cannot breastfeed; others are not comfortable with the idea, or find nursing painful.  Some just don’t have the time.

Mothers should know that breastfeeding “only incrementally alters the health picture for any one child.”  The goal of reform is to increase breastfeeding rates. It is the cumulative effect that could dramatically improve health nationwide.

Removing barriers to breastfeeding in the U.S.

That said, women who are eager to breastfeed need support. Research published in the July issue of Pediatrics shows that out of the 85 percent of new mothers who said they wanted to try exclusively breastfeeding their children for three months or longer, only 32.4 percent actually met their goal. 42% stopped in the first month.

In a larger study, the CDC found that while 74 percent of mothers tried nursing, when their babies reached six months only 13.6 percent were exclusively breastfed.

Why do so many women give up?

The U.S. is the only economically advanced country – and one of just a handful of countries worldwide – where employers are not required to provide any paid maternity leave.

This is one reason why low-income women are much less likely to nurse:  They cannot afford an unpaid leave.  And if a mother is away from her child for hours each day, she must express her milk. Breast pumps make this much easier, but until the new law passed, many mothers could not afford them.