Find a plan.
How much could you save on 2023 coverage?
Compare health insurance plans in Kentucky and check your subsidy savings.

Four insurers offer plans for 2023 through Kentucky's exchange; The state has abandoned its plan to create a Basic Health Program

Kentucky had planned to create a Basic Health Program (BHP) that was to become available as of 2024, but that is no longer in the works as of early 2023.

When can I enroll in health insurance in Kentucky?

The open enrollment period for individual/family health insurance runs from November 1 through January 15 in Kentucky.

Outside of open enrollment, a qualifying event is generally necessary in order to enroll in private coverage. Learn more about enrollment opportunities in our comprehensive guides:

Which health insurance carriers offer coverage in the Kentucky marketplace?

For 2023 coverage, four insurers are offering individual/family health plans through Kynect, Kentucky’s state-run marketplace; all four also offered coverage in 2022.  The following insurers offer plans in the Kentucky exchange, with plan availability varying from one location to another:

Molina and Ambetter/Wellcare were both new to the exchange as of 2022. There are just six counties in Kentucky where Anthem is the only option for 2023, down from 14 counties in 2023 and 26 counties in 2021.

Which health insurance carriers have offered coverage in the Kentucky marketplace in the past?

2015: CareSource and Wellcare joined the exchange for 2015, bringing the total number of participating insurers to five, although Anthem and the CO-OP were the only insurers offering plans statewide; the other three insurers each had much more limited coverage areas.

In October 2015, Kentucky Health Cooperative announced that they would cease operations by the end of 2015. At that point, the CO-OP had about 51,000 members, all of whom had to secure coverage with another carrier for 2016.

Kentucky Health CO-OP’s demise was cemented when the federal government announced on October 1 that risk corridor payments nationwide would be just 12.6 percent of the expected amount. Risk corridors were one of the ACA’s mechanisms for ensuring that carriers were on a somewhat level playing field in the first few years of ACA implementation. In 2014, 2015, and 2016, carriers that experienced lower-than-expected claims paid into the risk corridors fund, while carriers that experienced higher-than-expected claims were supposed to payouts from the fund. If the latter exceeded the former, the idea was that the government would make up the shortfall. And in the opposite scenario, the government would get to keep the overage.

But in late 2014 — after a full year of ACA claims and after 2105 rates had already been set — lawmakers retroactively made the risk corridors program budget neutral, which meant it could only pay out as much as it took in. For 2014, the risk corridors program ended up about $2.5 billion in the red, which meant that carriers got just a fraction of what they are owed. In the case of Kentucky Health CO-OP, that was $9.7 million, out of $77 million they were supposed to receive. Funds were to be paid in December 2015, but once it was determined that they would not be coming, the CO-OP had no choice but to close.

2016: Anthem offered exchange plans statewide, while CareSource offered plans in 46 counties. Plans were also available from Humana, Baptist Health, UnitedHealthcare, Wellcare, and Aetna, but four of those insurers exited the exchange at the end of 2016.

2018: CareSource continued to offer plans in 61 counties in 2018, but Anthem’s revised rate filing for 2018 reduced their coverage area to include only the 59 counties where CareSource did not offer coverage. So all counties in Kentucky had just a single insurer offering exchange plans for 2018. Residents who had Humana coverage in Jefferson County, as well as those who had Anthem coverage in the 61 counties where CareSource also offered plans, needed to select new plans for 2018.

2019: Anthem expanded its coverage area to include 93 counties, giving residents in 34 counties the opportunity to select a plan from either insurer (in the other 86 counties, just one insurer offers plans for 2019).

2021: Both insurers expanded their coverage area, giving residents in 94 counties a choice between Anthem and CareSource.

2022: Wellcare and Molina joined the exchange, bringing the total number of participating insurers to four. There were only 14 counties where residents had access to only Anthem’s plans for 2022; in the rest of the state, two or more insurers offered plans.

How did Kentucky exchange premiums change for 2023?

Kentucky’s rate review page has a good overview of the rate changes that were proposed and approved for 2023. In some cases, the approved rates were lower than the insurers initially proposed, but one insurer’s rates were approved as filed and another ended up with rates that were higher than they proposed. The following average rate changes were approved for 2023 for Kentucky’s individual market insurers (membership numbers are from SERFF filings):

However, when we talk about rate changes, we’re referring to pre-subsidy premiums. Premium subsidies fluctuate from one year to the next based on changes in the benchmark plan premium. People who receive premium subsidies can still see changes in their after-subsidy premiums from one year to the next, but the changes won’t necessarily mirror the percentage by which the full-price premiums change.

It’s also important to note that average rate changes don’t account for the fact that premiums increase with age (so even if your plan’s average rates are not increasing, your premium will be higher just because you’re a year older), although subsidies also grow to keep pace with age-related premium increases.

How have premiums changed in Kentucky's exchange in previous years?

For perspective, here’s a look at how premiums have changed in prior years in Kentucky’s exchange:

How many people are enrolled through Kentucky's health insurance exchange?

73,935 people enrolled in individual/family plans through Kentucky’s exchange during the open enrollment period for 2022 coverage. This was a little lower than the year before, when nearly 78,000 people had enrolled. Nationwide, there was record-high enrollment for 2022, so the decline in enrollment that Kentucky experienced was quite unusual.

By the end of December 2022, there were 60,784 people who had enrolled in coverage through Kentucky’s exchange for 2023. At that point, there were still 15 days remaining in the open enrollment period.

Here’s a summary of how enrollment in Kentucky’s exchange has fluctuated over the years:

Can I buy dental insurance through the Kentucky health insurance marketplace?

Kentucky no longer working on a Basic Health Program

Under the Affordable Care Act, states have the option to create a Basic Health Program (BHP) that serves people with income a little above the Medicaid eligibility level. Thus far, only New York and Minnesota have created BHPs, and Oregon is considering one.

Kentucky had planned to join them in 2024, but work on the state’s new BHP stopped in late 2022, and the Kentucky Cabinet for Health and Family Services confirmed in early 2023 that work on the BHP was still stopped. It’s unclear whether it might resume at some point.

Here’s more about the poverty level, which is indexed each year by the federal government.

Transitioning back to Kynect

For the first three years of ACA implementation, Kentucky operated its own exchange and enrollment website. Kynect, the state-run exchange, was widely considered one of the most successful state-run exchanges in the country.

But former Governor Matt Bevin, who took office in late 2015, campaigned on an anti-Obamacare platform, and spent much of 2016 transitioning the Kentucky exchange to the Healthcare.gov platform. Bevin was able to shut down Kynect via executive order, as the exchange was created with an executive order from former Governor Steve Beshear (as opposed to some state-run exchanges that were created via state legislation).

The enrollment platform switch took effect in November 2016, for enrollment in 2017 coverage. It got off to a rocky start, with brokers and enrollees finding the process more cumbersome and time-consuming than what they were accustomed to with Kynect. Enrollment, not surprisingly, was considerably lower in 2017. And although it rebounded somewhat in 2018, it has not yet reached the levels it was at in 2015 and 2016.

In June 2020, however, Governor Andy Beshear notified CMS that Kentucky planned to transition back to the Kynect system, with a fully state-run exchange operational by the fall of 2021. So for 2022 coverage and beyond, Kentucky residents are once again using Kynect.

Beshear’s office noted that the state will save at least $2.8 million in the first year of using Kynect, with additional savings after that. The 3% user fee that HealthCare.gov charged in 2018 amounted to $9.8 million in 2018 in Kentucky. The user fee has since dropped to 2.25% for state-based exchanges that use HealthCare.gov (Bevin had opted to keep Kentucky’s state-run exchange, but switch to the federal enrollment platform; this was still the approach that the state used as of 2021, before transitioning back to Kynect).

By transitioning back to a fully state-run exchange, Kentucky gains much more control over exchange operations, including outreach and enrollment as well as the option to extend open enrollment or add additional special enrollment periods.

Transitional, or grandmothered, health plans are allowed to continue to renew in Kentucky, and remain in force until further notice.

Renewal is at carrier discretion however, and transitional plans are not required to renew — carriers can choose instead to replace them with ACA-compliant plans. About 14,000 people in Kentucky were on plans — mostly from Humana — that were terminated at the end of 2014 because the carrier opted to switch to only ACA-compliant plans.

According to the Kentucky Department of Insurance, there were still more than 38,000 people with individual market transitional (grandmothered) plans as of April 2016, and more than 86,000 with transitional small group coverage.

One sign of Kynect’s success was widespread awareness: a poll from late 2014 showed that nearly 80 percent of Kentucky residents had heard of the exchange and nearly 52 percent of Kentuckians between the ages of 30 and 64 said they knew “a lot” about it.

Kynect was one of the few marketplaces established through an executive order. Beshear’s order to establish the exchange in July 2012 followed months of seeming inaction on the exchange by the executive and legislative branches in the state (this also made it highly susceptible to being dismantled via executive order, which is what Governor Bevin did when he took office). Kynect was part of the state’s Cabinet for Health and Family Services, and it was overseen by a 19-member board appointed by Beshear.

Then-Governor Steve Beshear went against public sentiment in deciding the state would run its own marketplace. In an article in The New York Times, Beshear urged state residents to set aside politics and use the marketplace to get insured. “You don’t have to like the president; you don’t have to like me. Because this isn’t about him, and it’s not about me. It’s about you, your family and your children.”

While the federal marketplace, HealthCare.gov, and multiple state-run marketplaces had significant technical problems in 2014, Kynect ran well from the start. Experts say those in charge of implementing Kynect made good choices. They kept the design simple and worked with well-qualified and experienced vendors.

Ultimately, however, a new governor with an anti-Obamacare approach was able to unravel Kynect and switch Kentucky to HealthCare.gov. That change was temporary though, as the next governor opted to switch Kentucky back to the Kynect platform as of November 2021.

Foundation for a Healthier Kentucky

Other types of health coverage in Kentucky 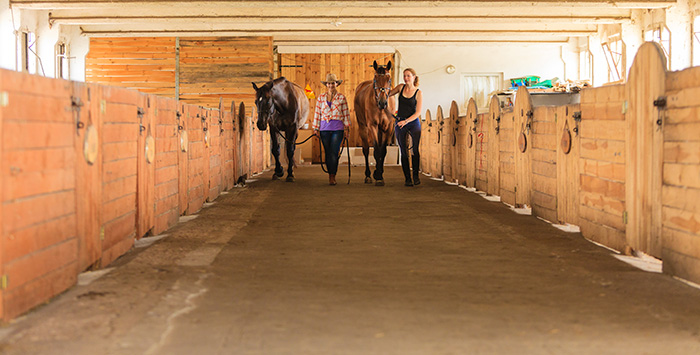 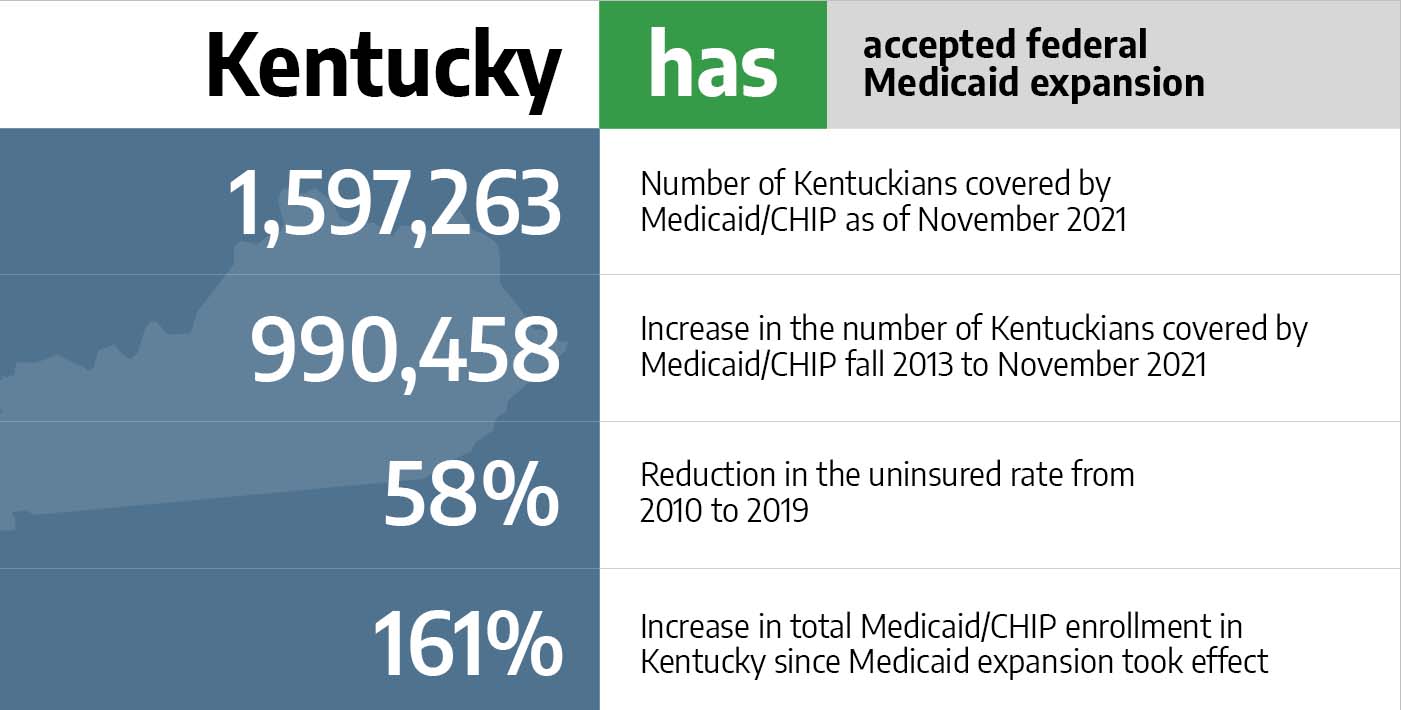 Medicaid enrollment in Kentucky has increased 162% since 2013 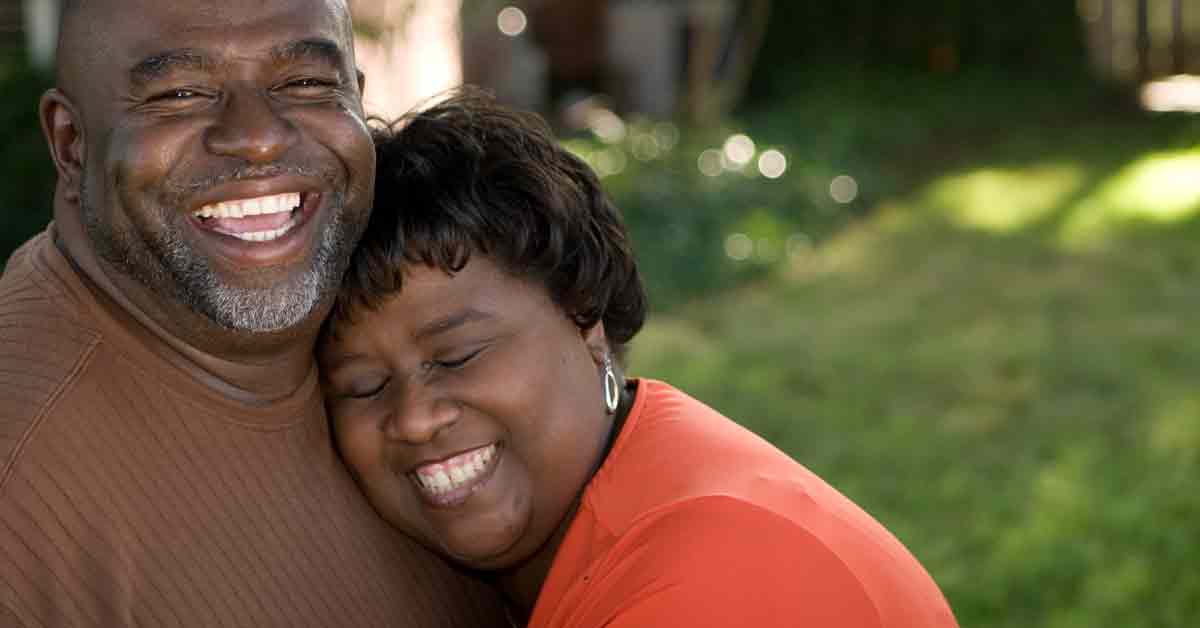 57 insurers offer Medigap plans in Kentucky, and as many as 45 Medicare Advantage plans are available, depending on the county 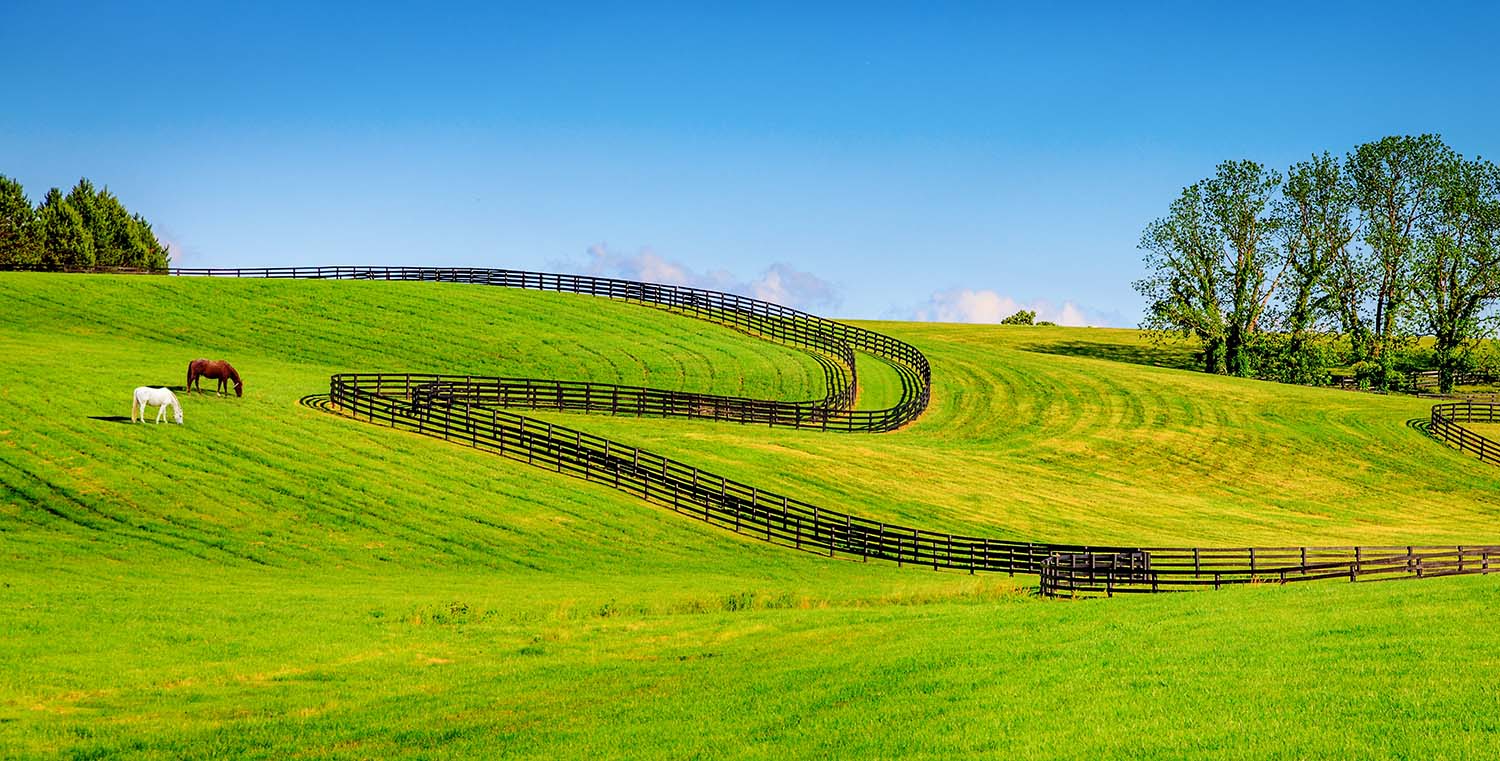 Overview of coverage options in Kentucky 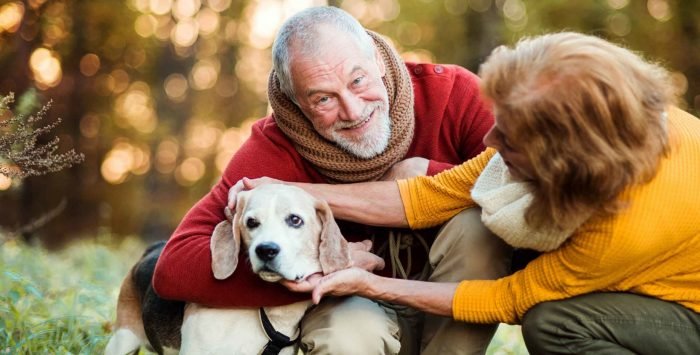 Kentucky's Medicaid spend-down for the aged, blind, and disabled is determined in three-month intervals 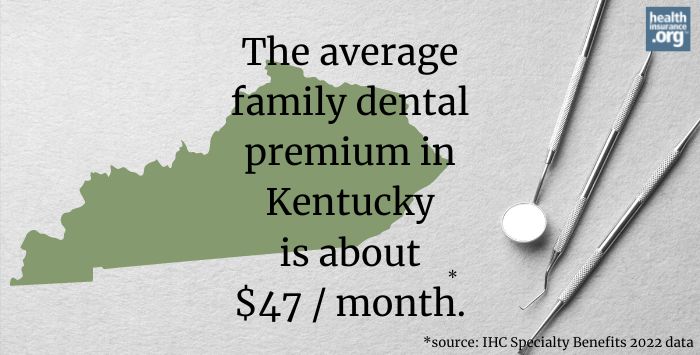 Learn about adult and pediatric dental insurance options in Kentucky, including stand-alone dental and coverage through Kynect.