Find a plan.
How much could you save on 2022 coverage?
Compare health insurance plans in Michigan and check your subsidy savings.

Michigan continues to have one of the most robust health insurance exchanges in the country, with ten carriers offering coverage for 2022, including two new insurers. The overall average rate change for 2022 is about 4.7% (including off-exchange insurers).

What type of health insurance marketplace does Michigan utilize?

Michigan has a state-federal partnership exchange; the state oversees plan management, but HealthCare.gov is used for enrollment.

When can I enroll in health insurance in Michigan?

The open enrollment period for 2022 coverage ran from November 1, 2021 to January 15, 2022. Outside of open enrollment, a qualifying event is necessary to enroll or make changes to your coverage.

Which insurers offer 2022 coverage in the Michigan marketplace?

For 2022 coverage, there are ten insurers that offer exchange plans in Michigan. In most of Michigan, at least four insurers are offering plans, although there are just two participating insurers in upper Michigan.

The following insurers offer plans in the Michigan exchange as of 2022, with plan availability varying from one location to another:

Which health insurance carriers have offered coverage in the Michigan marketplace in the past?

Time/Assurant and Consumer Mutual Insurance of Michigan both left the Michigan exchange at the end of 2015. Consumers Mutual was an ACA-created CO-OP that insured 28,000 members in 2015. They announced on November 2 — the day after the start of open enrollment for 2016 plans — that they would not sell policies on Michigan’s exchange in 2016, and that their existing on-exchange members would need to switch to a different carrier for 2016.

According to Crain’s Detroit Business, only a little more than a fifth of Consumers Mutual’s members purchased their plans in the exchange in 2015, and at that point, there was a possibility that the remaining 80 percent of the enrollees might be able to keep their plans, with the CO-OP continuing to offer plans outside the exchange.

But that hope was short-lived. By November 4, the announcement on Consumers Mutual’s website indicated that all enrollees — including those who had purchased their plans outside the exchange — would need to seek new coverage for 2016, and that the CO-OP would wind down its operations by the end of 2015.

Consumers Mutual enrolled just 29 percent of their projected membership in 2014, and had net losses of $16 million during the first year of operations. They were the 12th CO-OP (out of 23) to fail, and were among the majority whose closing was attributed to the fact that the federal government only paid out 12.6 percent of the risk corridor payments that were owed to carriers based on losses in 2014.

After Consumers Mutual folded and Time exited the market the Michigan exchange had 14 carriers offering coverage in 2016. That declined to ten for 2017 (although some of the decrease was due to PPO entities leaving the exchange, while their HMO sister companies remained in the exchange). The number of exchange insurers had dropped to eight by 2018, but grew to nine in 2019 when Oscar joined the exchange in Michigan. All nine insurers have filed plans to remain in the exchange for 2020. Insurer participation tends to be most robust in the southeastern part of the state, and less robust in Upper Michigan.

UnitedHealthcare exited the individual market in Michigan at the end of 2016, as was the case in most of the states where they offered plans in the exchange in 2016.

Harbor Health Plan exited the exchange at the end of 2016. They continued to offer one bronze plan off-exchange in 2017.

Health Alliance also dropped their PPOs, continued to offer more than 45 Personal Alliance HMO plans, both on and off-exchange (the PPOs were offered via Alliance Health and Life Insurance Company, which is a subsidiary of Health Alliance; Alliance Health and Life Insurance Company plans are no longer offered on the Michigan exchange). Blue Cross Blue Shield of Michigan was the only carrier still offering PPO plans through the Michigan exchange by 2017.

Humana dropped their individual PPO plans in Michigan at the end of 2016, but that only impacted the off-exchange market, as Humana’s on-exchange plans were already HMOs.

Humana exited the individual market entirely at the end of 2017, however, nationwide. In 2017, Humana’s coverage area included most of southeast Michigan, as well as Kalamazoo County and Kent County.

Health Alliance Plan (HAP) announced in September 2017 that they would not offer plans in the Michigan exchange for 2018, although their off-exchange plans continued to be available. HAP’s exit announcement noted that 9,100 members would have to find new plans. Their rate filing from earlier in the summer (when they were still planning to participate in the exchange) said that it would impact 17,000 members, but those with off-exchange coverage were able to keep their plans for 2018 if they wished to do so (HAP had 650,000 members in total in 2017, virtually all of whom had Medicare, Medicaid, or employer-sponsored coverage and were therefore not affected at all by the insurer’s decision to exit the exchange).

HAP noted in their announcement that the uncertainty caused by the Trump Administration and GOP-led Congress played a primary role in their decision to exit the exchange. They explained that the decision was based on “many uncertainties related to premium stabilization programs, enforcement of the individual mandate and not knowing whether the federal government will continue to fund cost-sharing reductions (CSRs).”

Oscar Health joined the exchange in Michigan for 2019 (in Wayne, Macomb, Oakland, St. Claire, Livingston, and Washtenaw counties), and all nine insurers continued to offer plans in the exchange for 2020 and 2021.

For 2022, Total Health Care has merged with Priority Health, but two new insurers are offering plans in the exchange: US Health and Life is new for 2022, and UnitedHealthcare has returned after a five-year hiatus. So there are a total of ten insurers offering exchange plans in Michigan for 2022. The two off-exchange-only insurers (Alliance Health and Life, and Health Alliance Plan) are continuing to offer off-exchange plans for 2022.

How are Michigan exchange premiums changing for 2022?

The approved rate changes were posted by the Michigan Department of Financial Services in October 2020. In most cases, the initial filings that the insurers proposed were approved, although there were a few adjustments during the rate review process. The following average rate changes apply for 2022:

How have premiums changed in Michigan's exchange in previous years?

Numerous factors have affected premiums over the years, including the risk corridor shortfalls, the end of the ACA’s reinsurance program after 2016, the repeal of the individual mandate at the end of 2018 (and public perception that it wasn’t being enforced before that), the expansion of short-term plans, whether or not a state has expanded Medicaid, and overall utilization of health care. Here’s a look at how premiums (before subsidies are applied) in Michigan’s individual market have changed over the years.

2018: Average rate increase of 25.5%. Due to the uncertainty over whether cost-sharing reductions (CSR) would be funded in 2018, the Michigan Department of Insurance required insurers to file two sets of rates for 2018 — one that assumed that cost-sharing reductions would be funded, and one that assumed they wouldn’t. Ultimately, the Trump administration cut off funding for CSR in October 2017, and insurers implemented the rates based on that scenario, with the cost of CSR added to silver plan premiums.

That amounted to a weighted average rate increase of 25.5%, but it would have been 17.6% if CSR funding had not been eliminated (a significant portion of this increase was due to overall market uncertainty cause by the Trump administration and GOP legislative efforts to undermine the ACA in 2017). The additional premium increase to cover the cost of CSR was added to silver plan premiums, and in most cases, Michigan residents were able to buy off-exchange silver plans that didn’t have the added cost of CSR built into their premiums. That’s useful for people who don’t get premium subsidies, but for people who do get premium subsidies, the subsidies grew significantly for 2018 to offset the higher silver plan premiums.

2021: Average rate increase of 1.1%. Across the full individual market, average premiums increased by just 1.1% for 2021 (slightly less than the average increase of 1.3 percent that the insurers had proposed)

How many people are enrolled through Michigan's health insurance exchange?

267,070 people enrolled in health plans through the Michigan exchange during the open enrollment period for 2021 coverage. That was an increase over the prior year’s enrollment, but still lower than enrollment had been in 2014, when the exchanges were brand new.

During the first 2.5 months of the COVID/American Rescue Plan enrollment window in 2021, nearly 22,000 people enrolled in plans through Michigan’s exchange. This was nearly double the normal enrollment volume during that time of year (a qualifying event would normally be necessary in order to enroll during that timeframe, but that’s not the case in 2021).

The enrollment decreases over the last few years are generally due to a variety of factors, including increasing premiums, a shorter enrollment window (currently just over six weeks long, as opposed to three months or longer in earlier years), reduced federal funding for exchange marketing and enrollment assistance, the elimination of the individual mandate penalty (and prior to 2019, the public perception that the individual mandate might not be enforced), and the expansion of short-term health plans.

Here’s a summary of individual market enrollment totals in Michigan’s exchange during open enrollment each year:

Former Gov. Rick Snyder, a Republican, supported a state-run exchange for Michigan. However, he did not have the support of enough fellow Republicans to move ahead.

The Michigan attorney general joined 25 other states in challenging the Affordable Care Act. The Senate passed a bill to authorize a state-run exchange, but the bill was voted down by the House’s Health Policy committee and didn’t get a floor vote.

Eventually, the state moved ahead with a state-federal partnership. Michigan is responsible for plan management, but left all other functions to the federal government.

When the King v. Burwell case was pending before the U.S. Supreme Court,  Snyder again broached the topic of a state-run exchange to ensure Michigan residents have continued access to subsidies to pay for health insurance. Ultimately, the Court ruled that subsidies would continue to be available in every state, and Michigan did not have to consider a back-up plan to create a state-run exchange.

Michigan did accept federal funding to expand Medicaid under the ACA. Governor Snyder campaigned in 2014 on the success of the expansion program in the state, noting that Michigan had enrolled 63,000 more people than projected in 2014, just in the first eight and a half months of the year. From late 2013 until the spring of 2021, total enrollment in Medicaid and CHIP in Michigan grew by 43% — with enrollment up by more than 821,000 people.

Other types of health coverage in Michigan 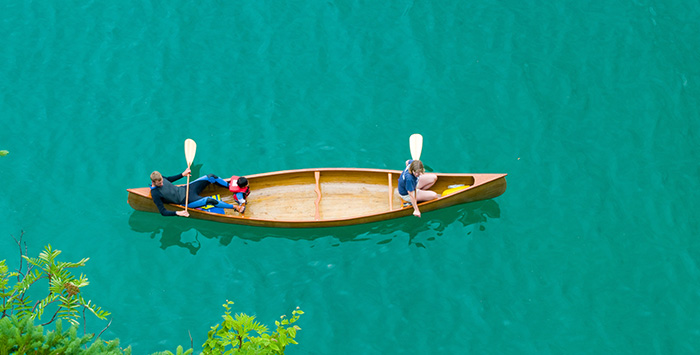 Short-term health insurance plans in Michigan are limited to 185 days with no renewal. 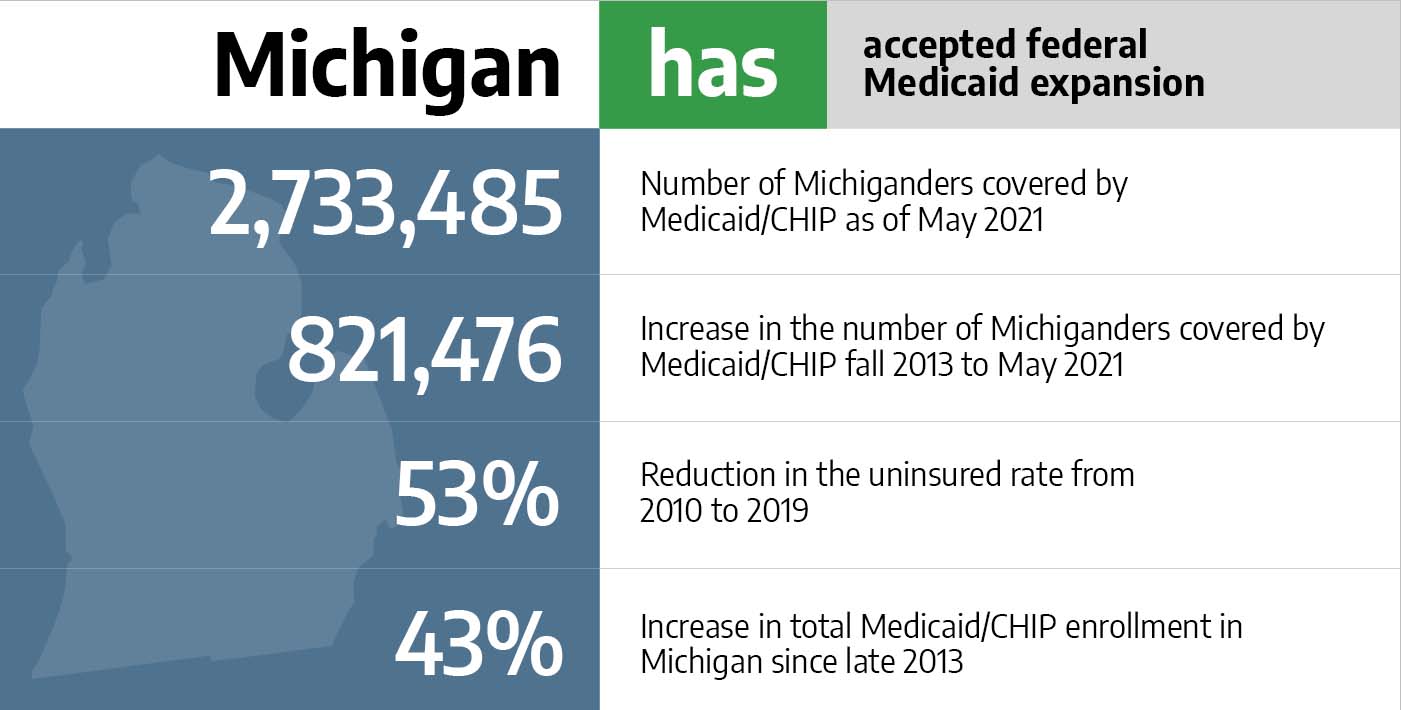 Over 900k enrolled in Healthy Michigan Plan; Work requirement was overturned by a judge in March 2020. 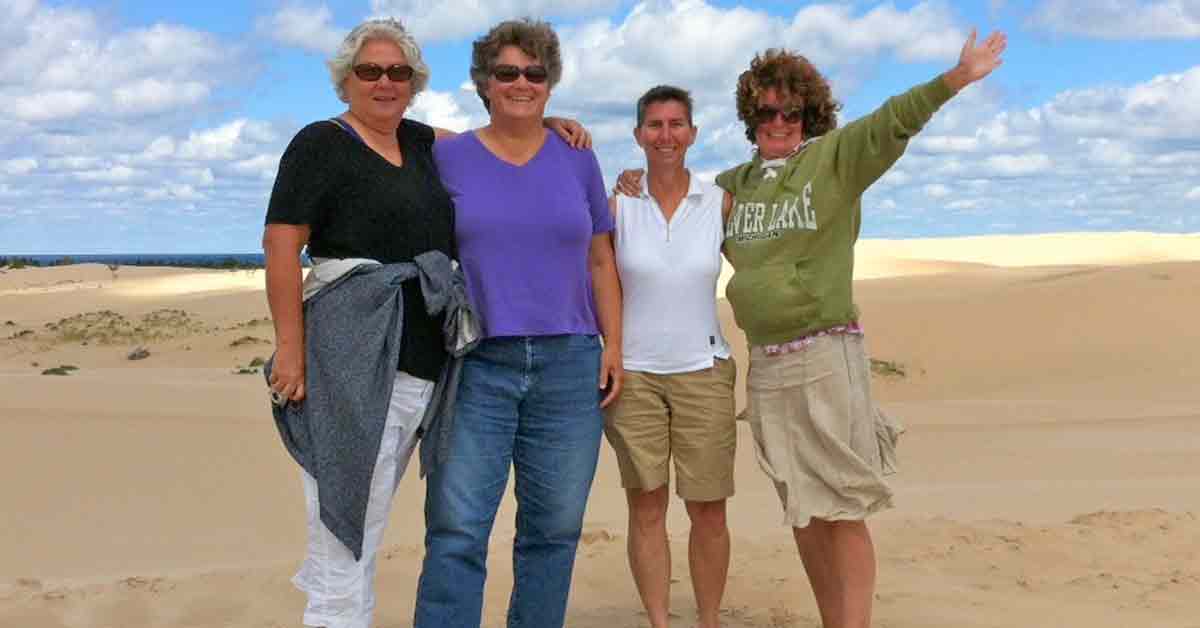 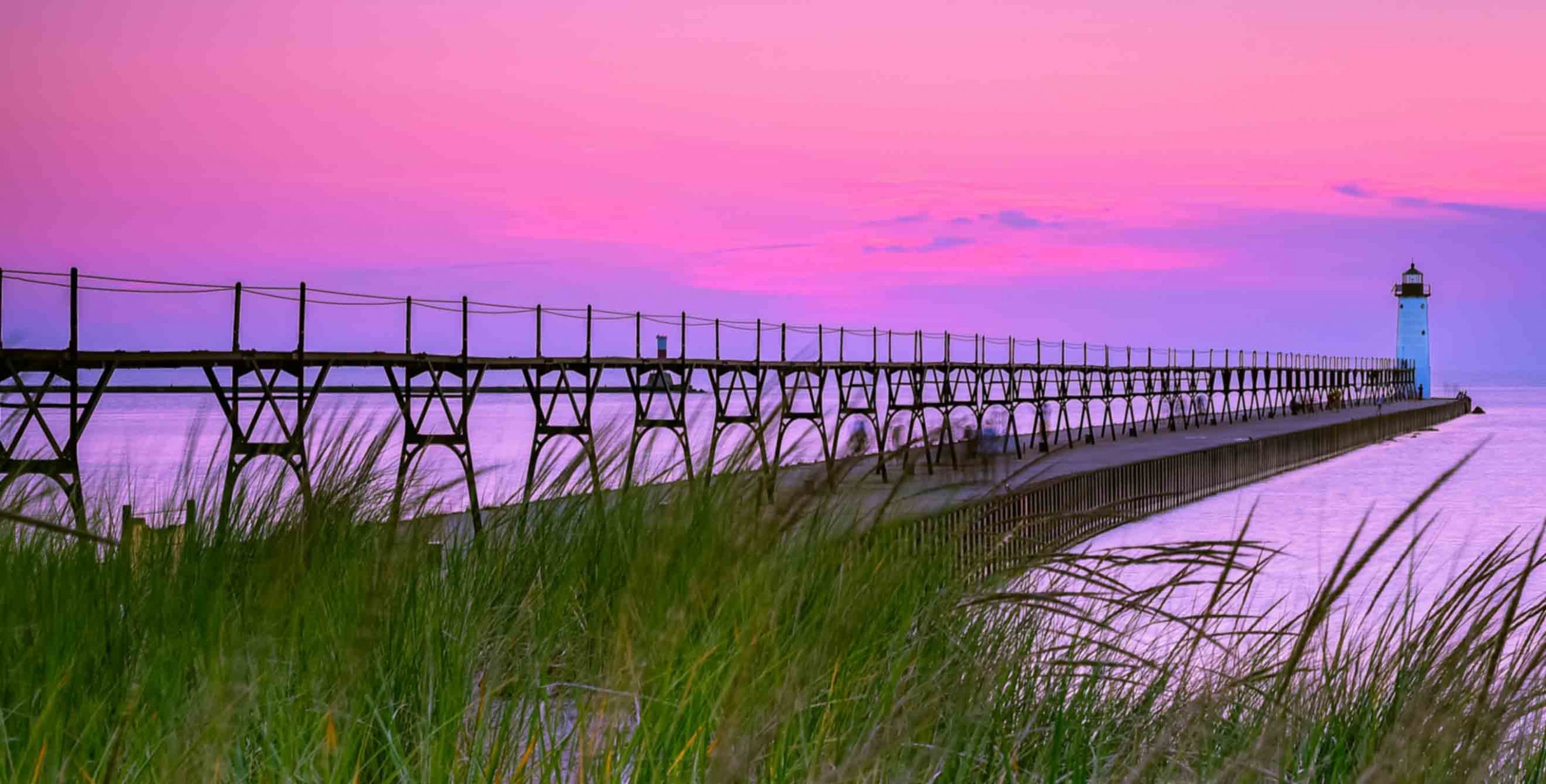 Overview of coverage options in Michigan 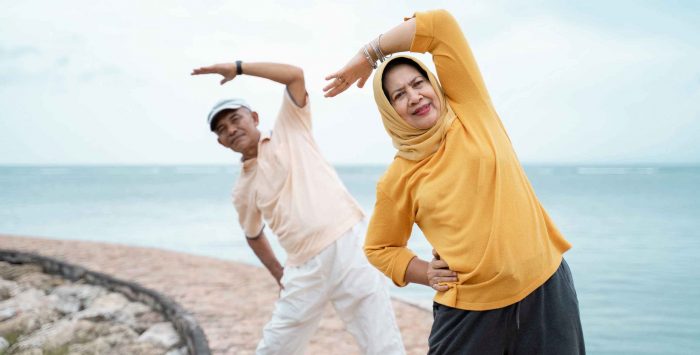 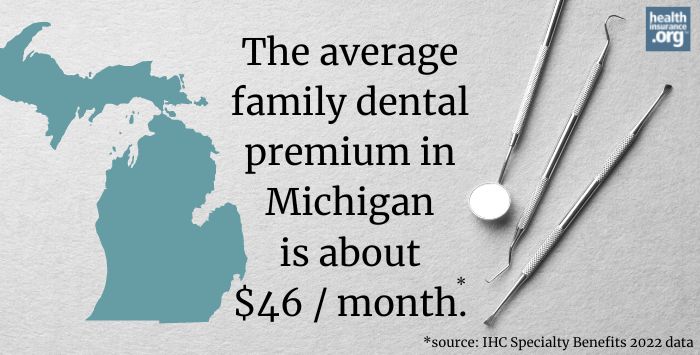 Learn about adult and pediatric dental insurance options in Michigan, including stand-alone dental and coverage through Michigan's marketplace.