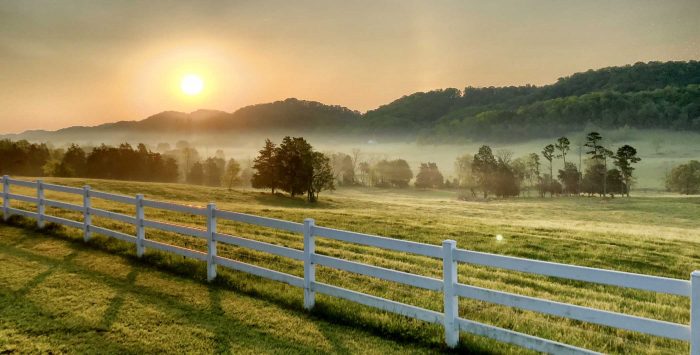 Tennessee has a federally run exchange, so enrollees use HealthCare.gov to sign up for exchange plans. 212,052 people enrolled in private individual market plans through Tennessee’s exchange during the open enrollment period for 2021 coverage, which was almost 6% higher than the year before, and the first year-over-year enrollment increase in Tennessee since 2016.

Family and Children’s Service is the Tennessee Navigator organization, and brokers certified with the exchange can be found here.

Tennessee continues to refuse federal funding to expand its Medicaid program to cover low-income adults in the state. As a result, there are an estimated 118,000 people in the coverage gap in Tennessee — ineligible for Medicaid, but also ineligible for premium subsidies in the exchange because their income is too low.

Which insurers offer 2022 coverage in the Tennessee marketplace?

For 2022 coverage, there are six insurers that offer exchange plans in Tennessee:

Much of the state has at least three participating exchange insurers.

When can I enroll in health insurance in Tennessee?

The open enrollment window for 2022 health plans in Tennessee started November 1, 2021 and will continue through January 15, 2022. This is a month longer than the enrollment period has been in recent years, and the extended enrollment schedule will continue to be used in future years.

The open enrollment window in the fall of 2021 is an opportunity to take advantage of the American Rescue Plan’s subsidy improvements. The ARP made subsidies larger and available to more enrollees, and these rules will continue to be in effect in 2022.

If you need coverage in Tennessee for the final months of 2021, you may still be able to enroll if you experience a qualifying life event, or if you’ve received unemployment compensation in 2021.

How are insurance premiums changing in Tennessee for 2022?

Filing details for Tennessee’s six marketplace insurers are available in SERFF, and the Tennessee Department of Commerce and Insurance has published the marketing presentations that each insurer has made for 2022. According to SERFF, the rate proposals for 2022 have been approved as-filed:

There are six insurers offering coverage in Tennessee’s exchange in 2021, up from just three in 2018. Here’s a summary of how insurer participation in the state’s exchange has changed over the years.

Tennessee Insurance Commissioner, Julie Mix McPeak, expressed satisfaction that all areas of the state would have at least one insurer offering coverage in the exchange in 2018, but she reiterated how the uncertainty caused by the Trump Administration and Congress was damaging the individual health insurance market, noting that “the uncertainty about the future of the exchange, cost-sharing reduction payments, and enforcement of the individual mandate will likely increase carrier rate requests by 15 to 20 percent above what they would have otherwise filed. I share consumers’ frustrations about federal uncertainty and how that is impacting their ability to afford insurance.”

Julie Mix McPeak was the Insurance Commissioner for Tennessee from 2011 through mid-2019, and also served as the President of the National Association of Insurance Commissioners. In February 2017, Mix McPeak spoke before the Senate Committee on Health, Education, Labor, & Pensions, presenting her recommendations for health care reform. Among her proposals were:

Senator Alexander: 2017 legislation to protect bare counties, and a plea for CSR funding

In 2017, the U.S. Senators from Tennessee, Lamar Alexander and Bob Corker, both Republicans, introduced legislation (S.761, the Health Care Options Act of 2017) that would allow people in counties without any participating exchange insurers to use ACA subsidies for off-exchange plans. That scenario has never come to pass, but there were concerns at that point that some areas of the country, including the Knoxville, Tennessee area, might not have had any ACA-compliant plans available.

Senator Alexander also, notably, stated in early 2017 that Congress or the Trump administration should commit to funding cost-sharing reductions (CSRs) through 2019, in an effort to stabilize the individual health insurance market. CSRs lower out-of-pocket costs for low-income exchange enrollees who pick silver plans, and 57 percent of Tennessee exchange enrollees have plans that include CSRs in 2017.

CSR funding was ultimately eliminated by the Trump administration in October 2017, but the uncertainty (during the rate filing season of spring/summer 2017) around whether or not the funding would continue resulted in premium proposals for 2018 that were higher than they would otherwise have been. Without a federal commitment to fund CSR, Tennessee Insurance Commissioner, Julie Mix McPeak estimated that premiums in Tennessee would be 15 to 20 percent higher than they would otherwise have been in 2018.

Senator Alexander joined forces with Senator Patty Murray (D, Washington) in an effort to pass bipartisan legislation aimed at stabilizing the individual insurance markets nationwide, with a proposal that included CSR funding. However, Republican leadership in the Senate opted to push forward on their efforts to repeal the ACA (via the Graham-Cassidy legislation) and pulled the plug on Alexander and Murray’s bipartisan approach in September 2017.

In the announcement about the approved rates for 2018, Mix McPeak said “I’m disappointed by yesterday’s announcement out of Washington [about Alexander and Murray’s bipartisan approach being abandoned by Senate leadership]. While Tennessee is supportive of long-term strategies such as the Graham-Cassidy Amendment introduced in Congress, I appreciate the diligent efforts of Senators Lamar Alexander and Patty Murray to find common ground in providing more immediate stabilization in the marketplace. Instead, it appears more likely that Tennesseans must prepare themselves for a round of actuarially justified rates for 2018 that are far higher than could be necessary as a result of uncertainty in Washington.”

Farm Bureau plans aren’t compliance with the ACA, but they’re still allowed to be sold in Tennessee

As of 2017, there were about 73,000 people in Tennessee who were covered under Farm Bureau plans that aren’t ACA-compliant. About 50,000 of those were grandfathered plans, but the rest are medically underwritten “traditional” plans that are still available for purchase. Medical underwriting means that the insurer uses the applicant’s medical history to determine whether to offer coverage and at what price. That practice is no longer allowed under the ACA – on or off-exchange – for any plans that are considered individual major medical health insurance.

But in Tennessee, the state doesn’t consider Farm Bureau to be a licensed health insurer. That’s been the case for more than two decades – Farm Bureau plans operate outside of the regulatory structure imposed by the state (and the ACA) on health insurers. As a result, Farm Bureau’s “traditional” plans, which are less expensive than regular health insurance but only available to healthy people, are being sold to healthy people in Tennessee, effectively removing them from the ACA-compliant risk pool.

Farm Bureau’s plans are not as robust as regular health insurance, and aren’t helpful for people with pre-existing conditions. But the fact that Tennessee has allowed them to continue to be sold outside the scope of the state’s insurance regulations could be part of the reason the state has a risk pool in the ACA-compliant market that’s sicker than most states.

Iowa has decided to follow Tennessee’s lead, enacting legislation in 2018 that allows Farm Bureau to partner with Wellmark to offer non-ACA-compliant plans in Iowa.

Blue Cross Blue Shield of Tennessee had the lowest priced plans in the Tennessee exchange — and the nation — in 2014. Although BCBSTN’s average rate increase was 19 percent for 2015 and 36 percent for 2016 (and their competitors had significantly smaller rate hikes), they still had among the lowest premiums in many areas of Tennessee in 2016. In the Memphis area, a search on Healthcare.gov indicated that the five least expensive bronze plans and the four least expensive silver plans were all offered by BCBSTN in 2016. Their lower premiums and brand-name recognition likely played a role in their outsized market share. But because enrollees have been sicker than expected, the carrier lost $300 million during 2014 and 2015, and projected total losses to reach $500 million by the end of 2016; losses of that magnitude are not sustainable.

In order to continue working towards long-term sustainability in the ACA-compliant individual market, BCBSTN had indicated earlier in 2016 that they were expecting to propose significant rate increases for 2017, although the expectation in early 2016 was that the proposed rate increases for 2017 would be comparable to the 36 percent average increase that the carrier implemented for 2016. Ultimately, BCBSTN requested a much higher average increase – 62 percent – for 2017, and regulators approved it in order to keep the insurer in the marketplace.

Joe Sullivan of The Knoxville Mercury tracked down some 2016 data that adds perspective to the rate changes for 2017, particularly in the Memphis and Nashville metropolitan areas, where Humana, Cigna, and BCBS all offered plans in the exchange in 2016:

Tennessee has allowed transitional (grandmothered) plans to remain in force, but the Tennessee Department of Commerce and Insurance confirmed in 2017 that they no longer had any grandmothered plans remaining in the individual market, as insurers had opted to end those plans and replace them with ACA-compliant plans instead.

History of the Tennessee exchange

In December 2012, then-Gov. Bill Haslam announced Tennessee would not develop its own health insurance exchange, citing a lack of information from the federal government.

Prior to his 2012 announcement, Haslam had leaned toward a state-run exchange. He believed local state control was preferable and that the state could run the exchange more cost-effectively that the federal government.

However, Republican legislators opposed the exchange, Tea Party supporters staged repeated protests, and Tennessee eventually ended up with an exchange run by HHS.