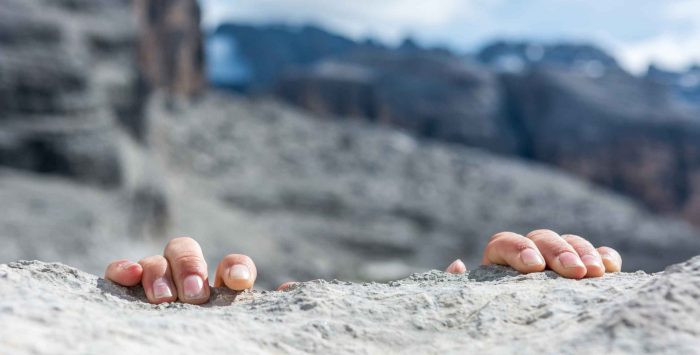 If your income and your state’s refusal to expand Medicaid have landed you in the coverage gap, you should be legitimately concerned about your ability to pay for medical care. | Image: anzebizjan / stock.adobe.com

Q. I keep hearing about the “coverage gap” in states that are not expanding Medicaid. Can you explain what that means and who it affects?

A: We’ll get into the details below, but the short answer is that people with income below the poverty level are not eligible for the Affordable Care Act’s (ACA) premium tax credits (premium subsidies), and if they’re in a state that has refused to expand Medicaid eligibility under the ACA, they may not be eligible for Medicaid either. That leaves them in a situation in which they’re living in poverty but also ineligible for financial assistance with their health insurance. (Note that for 2021 only, people who are receiving unemployment compensation are considered eligible for premium tax credits even if their household income is under the poverty level. The Build Back Better Act would extend this into 2022 as well, for people who receive unemployment compensation in 2022.)

To clarify, the coverage gap is currently only a problem in 11 states, and it’s entirely caused by those states’ decision to not expand Medicaid. The ACA did not create any sort of coverage gap; it was purposely designed to ensure that there would be no coverage gaps for low-income Americans, even for recent immigrants (as long as they’re lawfully present in the US).

Now, for the details:

When the Affordable Care Act was written, a cornerstone of the legislation was the expansion of Medicaid to everyone with household incomes up to 138% of federal poverty level, (FPL).

Technically the law expands Medicaid to 133% of FPL (states can also opt to set a higher threshold), but the legislation includes an income calculation methodology that disregards the top five percentage points, so a household can have an income of up to 138% of FPL and still qualify for expanded Medicaid, since the 5% disregard brings their income down to 133% of FPL.

Originally, the law required states to expand Medicaid in order to continue to receive federal Medicaid funding. But very little of the total burden was placed on the states: The federal government paid the full cost of Medicaid expansion for the first three years (2014 through 2016), and then the states began to pay a small portion, ramping up to 10% by 2020 and remaining at that level going forward.

The federal government will always pay at least 90% of the cost of covering the newly eligible population, assuming the ACA remains in place. The Build Back Better Act, under consideration in Congress in late 2021, would temporarily boost federal Medicaid expansion funding to 93%.

Expansion is optional, and some states continue to say no

But in 2012, the Supreme Court, while upholding the rest of the ACA, struck down the Medicaid expansion requirement, leaving it up to each state to decide whether or not to participate. As of late 2021, 38 states plus the District of Columbia had expanded Medicaid.

There are still 12 states where Medicaid eligibility has not been expanded under the ACA, although Wisconsin has a unique situation and does not have a coverage gap (Wisconsin essentially implemented a partial Medicaid expansion — without the enhanced federal funding they’d receive if they fully expanded Medicaid). So there is still a coverage gap in 11 states: Alabama, Florida, Georgia, Kansas, Mississippi, North Carolina, South Carolina, South Dakota, Tennessee, Texas, and Wyoming.

The American Rescue Plan (ARP), enacted in March 2021, provides two years of additional federal funding for states that newly expand Medicaid. The federal government already pays 90% of the cost of covering the population that’s eligible due to the ACA’s expansion of Medicaid, but it pays a varying percentage of the cost of covering each state’s additional Medicaid population — normally ranging from 50% to about 75%.

Due to the COVID pandemic, the federal government has already given states an extra 6.2% federal matching funds. And if any of the remaining states expand Medicaid, the ARP will give them an additional 5% in federal matching funds for two years. Some of the holdout states have actively considered Medicaid expansion as a result, despite years of rejecting it.

But as of late 2021, only Oklahoma and Missouri have expanded coverage (both are receiving the additional ARP funding as a result), and they both had already scheduled Medicaid expansion to take effect in 2021, with the process already underway before the ARP was enacted.

Built Back Better Act would temporarily close the coverage gap

The Build Back Better Act would close the coverage gap for 2022 through 2025. The legislation would provide full premium subsidies and cost-sharing reductions to people with income below the poverty level (assuming they aren’t eligible for Medicaid, which is the case in states that have a coverage gap), thus allowing them to obtain coverage in the marketplace.

The Congressional Budget Office projects that the BBBA’s subsidies for low-income enrollees would reduce the number of uninsured Americans by 2.3 million, and would increase total Medicaid enrollment by about 3.8 million people.

Medicaid eligibility varies depending on where you live

But in the states that have not expanded Medicaid, eligibility is still based on pre-ACA guidelines. In most cases, that means Medicaid is only available to people with disabilities, low-income children and pregnant women, and extremely low-income parents. In Alabama, for example, Medicaid is available for parents with a household income of up to 18% of FPL (13% plus the 5% income disregard). For a family of three, that’s $3,952 in annual income in 2021. If the family’s income exceeds that amount, the parents would not qualify for Medicaid.

And Medicaid is generally not available at all to childless adults in states not expanding Medicaid, regardless of how low their income is. (This chart has income limits for Medicaid in each state, and contact information for each state’s Medicaid Department is available here.)

The coverage gap: No realistic access to health insurance

So in states that are not expanding Medicaid, virtually all non-disabled childless adults with incomes below 100% of FPL, as well as a large number of parents with incomes below 100% of FPL, are not eligible for any financial assistance to help them afford health insurance. Premium subsidies are not available to them through the exchange/marketplace, and they don’t qualify for Medicaid unless they meet the stringent existing guidelines.

According to Kaiser Family Foundation data, there are about 2.2 million people in the coverage gap across the 11 states that have not expanded Medicaid.

Households with incomes below 100% of FPL generally cannot afford to pay full price for health insurance. In most cases, they will remain uninsured, simply because they have no other alternatives. Unfortunately, this disproportionately impacts people of color, particularly in the southern United States where almost all of the states have maintained their pre-ACA Medicaid eligibility guidelines.

Possible solutions if you’re in the coverage gap

If you’re in the coverage gap, Medicaid isn’t available, and ACA-compliant coverage can only be purchased at full price – generally an unrealistic option, given that everyone in the coverage gap has an income below the poverty level. There are a few possible solutions, not all of which are adequate or realistic: