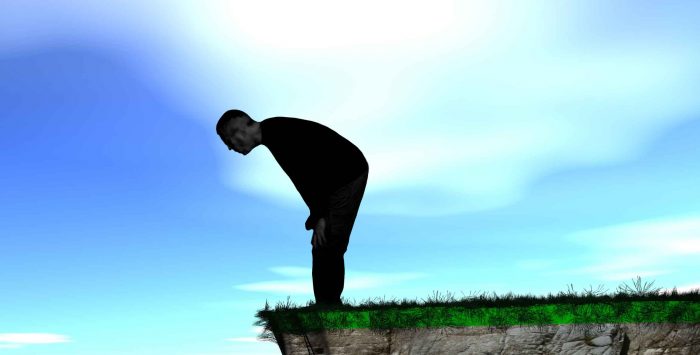 For the first several years after the health insurance marketplaces/exchanges debuted for 2014 coverage, the premium subsidy (premium tax credit) eligibility range was capped at household incomes of 400% of the federal poverty level (FPL). People with incomes above 400% of FPL were on their own when it came to paying for health insurance.

But that ended as of 2021, thanks to the American Rescue Plan’s provision that eliminates the “subsidy cliff.” And although that provision was schedule to expire at the end of 2022, the Inflation Reduction Act (IRA) extends it through 2025. So the subsidy cliff has been eliminated for the time being. (Congress would have to act again in order to prevent the subsidy cliff from returning in 2026.)

The initial assumption, when the ACA was being drafted in the late aughts, was that when incomes are above 400% of the poverty level, health insurance would be affordable (as a percentage of household income) without the need for a subsidy. But that did not prove to be the case in many areas of the country, particularly for older enrollees. Fortunately, this problem has been remedied, at least for the next few years.

Section 9661 of the American Rescue Plan (ARP) simply caps marketplace health insurance premiums (for the benchmark plan) at no more than 8.5% of household income. This applies to people with household incomes of 400% of the poverty level or higher; for people with lower incomes, the normal percentage of income that has to be paid for the benchmark premium has been reduced across the board. This provision was initially applicable for 2021 and 2022, but the Inflation Reduction Act has extended it through 2025.

If your household income is more than 400% of the poverty level and the benchmark plan’s premium would already be no more than 8.5% of your income, you won’t qualify for a premium subsidy (ie, the ARP/IRA won’t change anything about your situation). This is more likely to be the case for younger enrollees in areas of the country where health insurance is less costly than average.

But if the full-price cost of the benchmark plan would be more than 8.5% of your income, you’re eligible for a premium subsidy (assuming you’re otherwise eligible, meaning that you’re lawfully present in the U.S. and not eligible for Medicaid, premium-free Medicare Part A, or employer-sponsored coverage that’s considered affordable and provides minimum value). So for some people, especially older enrollees in areas of the country where health insurance is particularly costly, subsidy eligibility now extends well above 400% of the poverty level. That will continue to be the case through 2025.

The subsidy cliff: What it is, who was affected, and how the ARP has improved affordability

Before the American Rescue Plan (ARP) was enacted, subsidies were available in the continental United States for a single person with an income of up to $51,040. For a household of two, the income limit was $68,960, and for a household of four, it was $104,800 (Alaska and Hawaii had higher limits, as the poverty level is higher there).

(Note that these numbers were for 2021 coverage, and were based on the 2020 poverty level; the prior year’s numbers are used to determine subsidy amounts because open enrollment takes place before the coming year’s poverty level numbers are published. Also, note that household income means an ACA-specific calculation of modified adjusted gross income.)

An example: Prior to the American Rescue Plan (older enrollees, expensive area)

Consider a couple, ages 60 and 63, living in Charleston, West Virginia. We’ll consider their pre-ARP coverage options if they earn $68,900, versus an income of $69,000, and then we’ll take a look at how the ARP dramatically changed the picture.

For 2021 coverage for this couple, there were 17 plan options available through the health insurance exchange (HealthCare.gov is the exchange in West Virginia). Prior to the American Rescue Plan, if their projected household income for 2021 was $68,900, the subsidies were structured so that they kept this couple’s premiums for the benchmark plan to no more than 9.83% of their income in 2021. That’s $6,773 for the year, or $564/month. The full-price cost of the benchmark plan in their area was a whopping $3,273 for this couple, so their premium subsidy would have been $2,709/month — a grand total of more than $32,500 in subsidies over the course of the year. And the lowest-cost plan available to them would have been just $297/month in after-subsidy premiums. (In a moment, we’ll take a look at how much lower their premiums are under the ARP, even at this income level that already made them eligible for subsidies under the normal rules.)

So for this couple, an income increase of just $100 would have resulted in the loss of more than $32,000 in premium tax credits, and almost certainly made health insurance unaffordable — very few people can afford to spend more than half their income on health insurance premiums.

Now let’s take a look at how the American Rescue Plan changes things for this couple. If they earned $68,900 in 2021, that’s a little over 399% of the poverty level. We’ll round to 400%, which means they had to pay 8.5% of their income for benchmark premium — as opposed to 9.83% under the pre-ARP rules (note that if they had a lower household income, the ARP’s sliding scale would have them pay as little as 0% of their income for the benchmark plan; it ranges from 0% to 8.5%, depending on income).

So they would only have to pay $5,857 in annual premiums for the benchmark plan, or $488 per month (as opposed to having to pay $564/month for the benchmark plan under pre-ARP rules). That would increase their premium subsidy by $76 per month, and the subsidy can be applied to any metal-level plan available in their area. So the cheapest plan’s premium dropped to $221/month, instead of $297/month under the previous rules.

This is obviously beneficial, but the ARP has a much more significant impact if this couple was otherwise hit by the subsidy cliff. If their income was $69,000 in 2021, they were not subsidy-eligible at all pre-ARP. But under the ARP, they only have to pay 8.5% of their income for the benchmark plan. That amounted to $5,866 in annual premiums in 2021, or $489 per month. So with the ARP in place, that made them eligible for a premium subsidy of $2,784/month (as opposed to $0/month under the pre-ARP rules), and the cheapest available plan would have cost them just $222/month.

As you can see, under the ARP, this couple’s 2021 premium subsidy only dropped by $1/month when their annual income increased by $100. This is a much more reasonable approach, and it results in a smooth curve where subsidies eventually disappear, but not suddenly and not leaving people with health insurance premiums that amount to a substantial portion of their income.

Because this couple is older and in an area where health insurance is much more expensive than average, they would have had to earn an income of $462,000 in 2021 in order to become ineligible for subsidies under the ARP. That’s because the benchmark plan in their area has a full-price premium of $39,276, and you need a very high income for that to be no more than 8.5% of it.

For 2022, assuming their income continued to be $69,000, they qualify for a subsidy of $3,101 per month. (We’ve kept their ages at 60 and 63 to help make the apples-to-apples comparison easier; in reality, their increasing age would result in larger premiums and correspondingly larger subsidies. The larger subsidy for 2022 is due to overall rate increases and the fact that West Virginia’s insurers are adding the cost of cost-sharing reductions only to Silver plans for 2022.)

Although the subsidy cliff wasn’t as harsh for younger enrollees — since their full-price premiums are lower — this couple would have still missed out on $9,408 in annual premium subsidies just because their income increased by $100. Both couples faced a “subsidy cliff” but it was a much more substantial cliff for the older couple.

Under the ARP, the younger couple also saw a reduction in their premiums regardless of which income level they have, but it was much more pronounced if their income was just over 400% of the poverty level. At an income of $68,900 in 2021 (which put them at more than 399% of the poverty level, so we’ll round up and say they have to pay 8.5% of their income for the benchmark plan), they had to pay the same $488 in monthly premiums for the benchmark plan as the older couple, and their subsidy would increase to $860/month — an increase of $76/month (the same as the older couple, since they have the same income).

But subsidies for the younger couple under the ARP would cease by the time their income reached a little more than $190,000 (as opposed to more than $462,000 for the older couple), because the full-price cost of the benchmark plan for the younger couple is $16,176… still substantial, but the 8.5% of income threshold would be reached at a much lower income level than it would be for the older couple with a benchmark plan price of more than $39,000.

For 2022, the larger subsidies in West Virginia (due to the ARP’s subsidy structure in addition to the state’s approach to premiums for 2022) benefit the younger couple as well. With an income of $69,000 (and ages still 30 and 33), their subsidy would have increased to $993/month in 2022, resulting in plans priced as low at $233/month (as opposed to the lowest-cost plan being $1,238 with that income before the American Rescue Plan eliminated the subsidy cliff).

We used West Virginia as the example here because individual/family health insurance premiums in West Virginia are much higher than the national average. As you can see in this comparison sheet, people in some areas with income a little above 400% of the poverty level saw little or no difference in their premiums under the ARP, because the benchmark plan was already priced at a level that was considered affordable under the new rules (ie, no more than 8.5% of household income).

ARP fix has been a welcome relief, and lawmakers prioritized extending it

The subsidy cliff is part of the ACA, but the ARP eliminated it for 2021 and 2022. The ARP also eliminated excess subsidy repayments for the 2020 plan year, meaning that people whose 2020 income ended up being over 400% of the poverty level — and who were facing the prospect of having to pay back the entire subsidy to the IRS — did not have to repay any subsidies that were paid on their behalf in 2020 (based on an initially projected income that was subsidy-eligible).

But additional legislation had to be enacted to prevent the subsidy cliff from coming back in 2023. That proved to be a challenging process, beginning with the Build Back Better Act — which passed the House in late 2021 but stalled in the Senate. But the Inflation Reduction Act, which was signed into law in August 2022, extends the ARP’s subsidy enhancements through 2025. This means the subsidy cliff will not return until 2026, and the subsidies will continue to be larger than they were prior to the ARP.