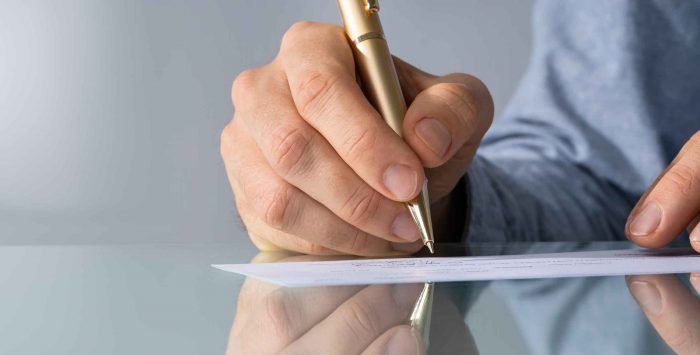 Q. I’ve seen that the percentage of income I have to pay for my health insurance seems to change each year, based on IRS guidance. Does this change the actual amount that I pay for my coverage each year? How has the American Rescue Plan (ARP) affected this? Would the Build Back Better Act also change it? 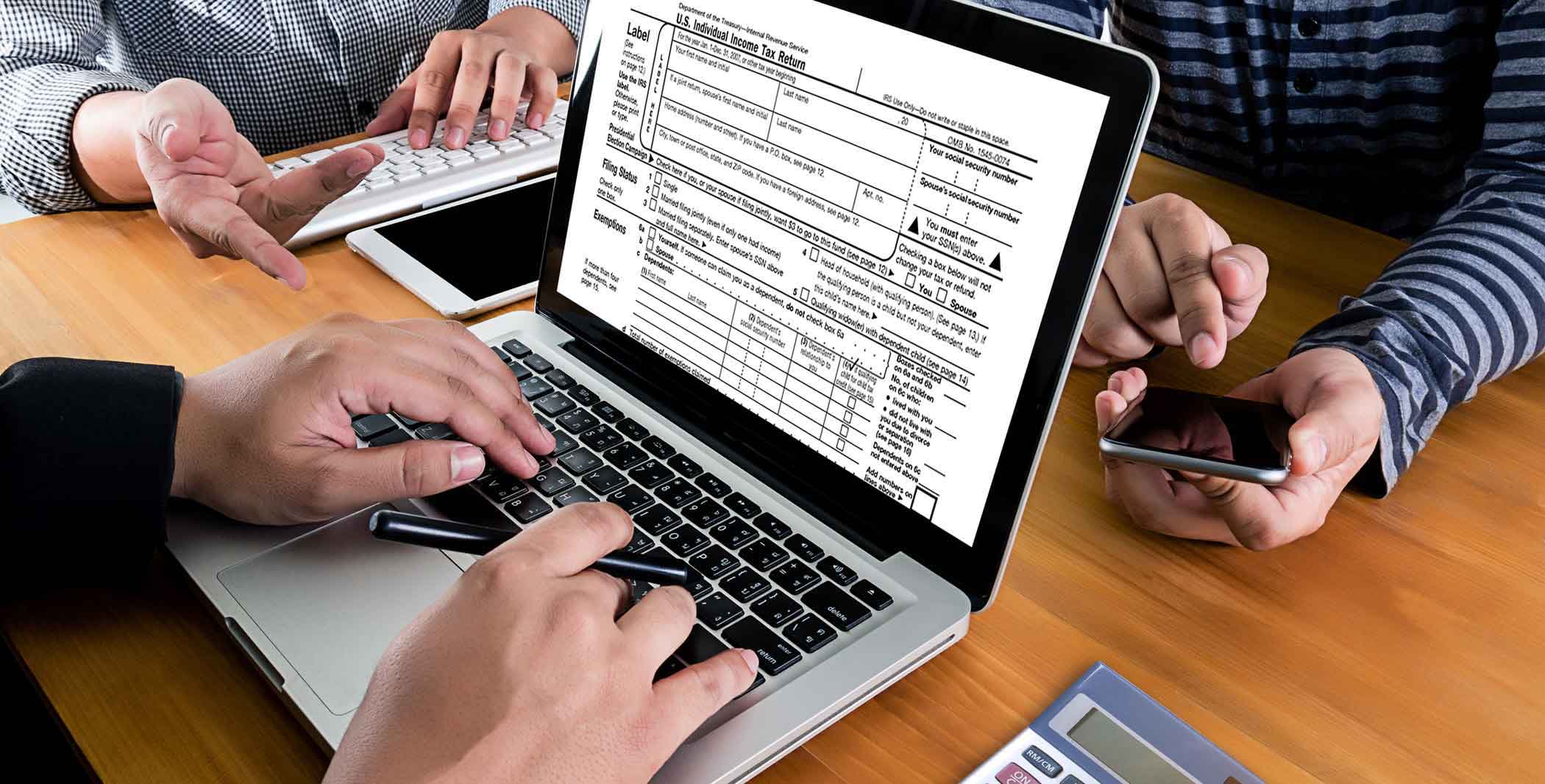 The American Rescue Plan Act includes a one-time provision that will rescue marketplace plan buyers from repayment of thousands of dollars in excess insurance premium subsidies for the 2020 tax year. | Image: onephoto / stock.adobe.com

A. From 2015 through 2021, the IRS did make an annual change — usually quite small — to the percentage of income that you have to pay for self-purchased (individual/family) health coverage. But there’s a lot more to it than just the percentage of income that the IRS says you have to pay for the benchmark plan (which has been significantly reduced for 2021 and 2022 as a result of the American Rescue Plan). It also depends on:

Let’s take a look at how it all works, both in terms of the normal rules and the temporary changes that the ARP imposed in order to help the country recover from the COVID pandemic:

The ACA has a lot of moving parts. Various aspects of the regulations have to be updated annually, including the affordability rules. Initially, the IRS laid out guidelines detailing the percentage of tax filers’ income that they would be expected to contribute towards their own premiums. This is referred to as the “applicable percentage.” (For premium subsidy purposes, income means an ACA-specific version of modified adjusted gross income, and subsidy eligibility is based on how that income compares with the prior year’s FPL.)

(Note that although there is usually an income cap of 400% of the poverty level in order to qualify for premium subsidies, that has been temporarily removed for 2021 and 2022 under the ARP. For those two years, nobody purchasing coverage in the marketplace has to pay more than 8.5% of their income for the benchmark plan, regardless of their income level. The Build Back Better Act, under consideration by Congress in late 2021, would extend that provision through 2025.)

How the applicable percentages have changed over time

Applicable percentages increased for 2021, but the ARP then sharply reduced them

The applicable percentages for 2021 were initially posted in Revenue Procedure 2020-36, requiring subsidy-eligible enrollees to pay between 2.07% and 9.83% of their income for the benchmark plan, with no limit on how high premiums could be if a household’s income was over 400% of the poverty level. But the American Rescue plan reduced this range for both 2021 and 2022. It’s now 0% to 8.5%, with no income cap for subsidy eligibility.

A subsidy is not available if the benchmark plan would cost less than 8.5% of your income without a subsidy, so people with very high incomes will still not qualify for a subsidy, as their coverage would not exceed 8.5% of their income. But subsidy eligibility can now extend well above 400% of the poverty level for some enrollees, particularly those who are older and live in areas where health insurance is particularly expensive. Here are some examples of how the ARP enhanced premium subsidies.

For 2021 and 2022 coverage, under the modified rules implemented by the American Rescue Plan, subsidy-eligible enrollees who buy a plan in the exchange have to pay the following percentages of their income, after the subsidy is applied, for the benchmark plan:

Those numbers might make your eyes glaze over. But the following examples will show how they actually affect premiums from one year to the next. The first set of examples show how Bob’s premiums changed from 2014 to 2022, if his income increased each year to keep pace with increases in the federal poverty level. Below that, you’ll see what happens if Bob’s income hasn’t increased since 2014. And in both cases, we’ll show how the American Rescue Plan reduced the amount that Bob has to pay for his health coverage in 2021 and 2022, making coverage more affordable than it’s been in any of the previous years. Yes, there’s math involved, but never fear — it’s pretty straightforward.

Example: Bob’s premium changes from 2014 to 2021, if he gets annual raises that keep his income at 200% of the poverty level

For subsidy purposes, poverty level determinations are based on the year during which open enrollment begins. Since the open enrollment period for 2021 coverage took place in 2020, the government uses 2020 poverty level guidelines for determining subsidy-eligibility for any plans that have 2021 effective dates. (poverty level numbers are published by HHS in January each year, but that’s after open enrollment for that year’s coverage has already ended).

So while his net premium had increased, his income was also increasing (and note that this is comparing his premiums in 2014 with his premiums in 2018; if we just look at 2017 versus 2018, the slight decrease in the applicable percentage for 2018 nearly exactly offsets the increase in the poverty level, making his net premium just about exactly the same in 2018 as it was in 2017).

This is a total annual savings of about $1,154 over what he was paying before the American Rescue Act, and it’s also significantly lower than the amount he’s had to pay for his coverage in any year since the ACA was implemented.

Bob should be aware, however, that there’s a significant influx of new insurers offering plans in the marketplaces for 2022, and that there’s a lot of fluctuation in the benchmark plans as a result. Bob may need to switch plans in order to get the best value from his coverage in 2022.

What if Bob doesn’t get a raise?

Because Bob’s income hasn’t kept pace with the poverty level, the amount he has to pay in net premiums is declining over time (and as we’ve seen in these examples, the ARP has reduced Bob’s after-subsidy premium to much lower levels than it’s ever been before).

Applicable percentages increased for 2019 and again for 2021, but so did the poverty level – and you have to consider them together

There are a lot of moving parts here. Although the applicable percentages for 2019 were the highest they had been since this system was implemented (and initially increased from 2020 to 2021, albeit not quite to 2019 levels) the poverty level has continued to increase each year. So people whose incomes have not increased in several years could have found that they were paying less in total premiums in 2021 than they were paying a few years earlier, even before the American Rescue Plan boosted subsidies across the board.

The general idea behind the adjustment to the applicable percentage table is to keep up with changes in premium growth as they relate to changes in income. If health care costs increase faster than income, we all have to pay a larger chunk of our income for health care. But if the economy does well and the ACA’s efforts to curb healthcare spending are successful, it’s also possible for the applicable percentage to decrease — as was the case for 2018 and for 2020.

The formula for the adjustment to applicable percentage is just premium growth since 2013 divided by income growth since 2013. But the methodology for calculating each of those numbers has changed over time. And as noted above, the American Rescue Plan has fixed the applicable percentages at a set level for 2021 and 2022, with no indexing. The Build Back Better Act would extend this through 2025.

But here’s how it worked prior to the American Rescue Plan:

Income growth was based on changes in GDP per capita for plan years 2014 through 2016, but HHS finalized a new formula that has been used to calculate income growth since 2017. The new formula calculates income growth based on per-capita personal income (PI) rather than per-capita GDP. The two methods would likely generate similar numbers, but HHS considers per-capita PI changes to be a more accurate reflection of how per-capita income changes from one year to the next.

Since subsidies are also a function of the poverty level — which generally adjusts upward each year — there’s a built-in factor that essentially ensures that people who are impacted by a higher applicable percentage are also enjoying at least a modest increase in income that outweighs the additional premiums.

Average benchmark premiums dropped in 2019, 2020, and 2021, resulting in smaller subsidies. But the American Rescue Plan is dramatically increasing subsidies for 2021 and 2022

Premium subsidy amounts are based on the relationship between an applicant’s income and the federal poverty level, but they’re also highly dependent on the premium that the applicant would have to pay for the benchmark plan. The formula described above is how subsidy amounts are determined in every state (keeping in mind that Alaska and Hawaii have their own poverty level numbers).

But what if you don’t buy the benchmark plan? Many areas have dozens of plans available for sale in the exchange, and only one of them is the benchmark plan (it changes from year to year, but it’s always the second-lowest-cost silver plan). If you buy a plan that’s not the benchmark plan and you’re eligible for a subsidy, you still get the same subsidy amount that you’d have received if you had purchased the benchmark plan, but it’s applied to the price of the plan you select instead.

The best course of action is to actively shop for your coverage each year during open enrollment. Never let your plan automatically renew without checking first to make sure that it’s still the best option. And if you become eligible for a special enrollment period mid-year due to a  qualifying event, make sure you actively compare all of the plans available to you before making a decision about whether to keep your existing coverage or make a change.