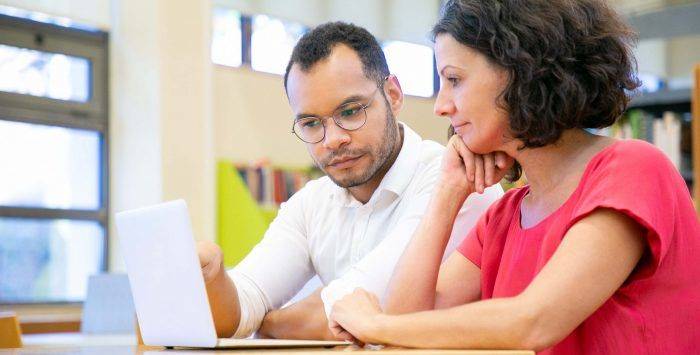 In states where carriers are offering new plans in the health insurance marketplaces, consumers should pay attention not only to more plan options but also new plans' potential impact on health insurance subsidies. | Image: Mangostar / stock.adobe.com

Recent news about individual-market health insurance has been largely centered around the American Rescue Plan and how it’s made coverage in 2021 much more affordable than it used to be. Now, as we approach ACA’s annual open enrollment period, it’s a good time to look ahead to what we can expect to happen with 2022 coverage.

Fortunately, the ARP’s enhanced subsidies will still be in effect in 2022 – and possibly longer, if Congress can agree on an extension. That means subsidies will continue to be larger than they used to be, and more widely available, including to households earning more than 400% of the poverty level.

For 2022 individual/family coverage, we’re seeing some wide variation in proposed and finalized rate changes across the country. Average rates will decrease in some areas and increase in others, with modest single-digit rate changes in most places.

(Since the ARP has eliminated the income cap for subsidy eligibility for 2021 and 2022, few enrollees will see these rate changes reflected in their actual premiums, since most enrollees get premium subsidies. But rate changes do affect the size of the subsidy amount, and that can result in changes for after-subsidy premiums, as explained below.)

But we’re also seeing widespread continuation of the increasing insurer participation trend that’s been ongoing since 2019. In 2017 and 2018, insurers fled the ACA’s exchanges – or even the entire individual/family market. But that started to turn around in 2019, and insurer participation increased again in 2020 and 2021.

For 2022, that trend is continuing. Some big-name insurers that previously scaled back their marketplace participation are rejoining various marketplaces, and some smaller regional insurers are joining marketplaces or expanding their existing footprints.

Where are new carriers entering ACA’s marketplace for 2022?

Here’s a summary of some of the major individual/family insurers that are entering new markets for 2022:

That’s in addition to numerous coverage area expansions by existing marketplace insurers in many states. Based on the rate filings that we’ve analyzed thus far, we anticipate that many  – if not most – marketplace enrollees will have more plan options available for 2022 than they had this year.

One of the goals of the ACA was to increase competition in the individual health insurance market. The exchanges are set up to facilitate that, with enrollees able to compare options from all of the participating insurers and select the plan that best fits their needs.

From that perspective, increasing insurer participation and competition in the exchange is good. And it does give people more plans from which to choose, which can also be a good thing. But too many choices can overwhelm applicants and result in poor decision making.

… and a new carrier could also affect premium subsidies

In addition to delivering more plan options, carriers expanding into an area might also affect premium subsidies in that area. How much effect will depend on how the new plans are priced in comparison with the existing plans – keeping in mind that rates change each year on January 1 regardless of whether any new insurers are entering the market.

Premium subsidy amounts are based on the cost of the benchmark plan in each area. But since that just refers to the second-lowest-cost Silver plan, it’s not necessarily the same plan from one year to the next. If a new insurer enters the market with low-priced plans, the insurer may undercut the current benchmark and take over the second-lowest-cost spot. If the premium is lower than the benchmark plan’s price would otherwise have been, the result is smaller premium subsidies for everyone in that area.

For people in that area who prefer to keep their existing plan (as opposed to switching to the new lower-cost options), this can result in an increase in after-subsidy premiums, since the subsidies are smaller than they would otherwise have been. We can see an example of this in the Phoenix area in 2019 and 2020, when new insurers entered the market with lower-priced plans that reduced the size of premium subsidies in the area.

To clarify, anything that reduces the cost of the benchmark premium will result in smaller subsidies. This can be a new lower-cost insurer entering the market, or existing insurers reducing their rates. An example of this can be seen in how after-subsidy premiums increased for many of Colorado’s exchange enrollees in 2020, when the state’s new reinsurance program reduced average pre-subsidy premiums by about 20%. The reduction helped unsubsidized enrollees (mostly those with incomes over the limit for subsidy eligibility, which has been removed at least through 2022) but resulted in higher net premiums for many enrollees who qualified for subsidies.

Although the vast majority of exchange enrollees do qualify for premium subsidies (especially now that the American Rescue Plan has eliminated the “subsidy cliff” for 2021 and 2022) some enrollees do not. For these enrollees, the introduction of a new insurer simply broadens their plan options, and does not affect their premiums unless they choose to switch to the new plan.

And of course, if the new insurer has plans that are priced higher than the existing benchmark plan, the carrier’s entry will not affect net premiums paid by subsidized enrollees.

Plan to compare your coverage options during open enrollment

It will be several weeks before all the details are clear in terms of rate changes and plan availability for 2022 coverage. But it appears that the trend of increasing competition in the exchanges will continue.

And although the American Rescue Plan’s enhanced subsidy structure will still be in place in 2022 – making subsidies larger and more widely available than they would otherwise have been – it’s still possible for a new insurer to disrupt the market and end up adjusting the size of premium subsidies in a given area.

Open enrollment for 2022 coverage will begin November 1. Actively comparing your options during open enrollment is always the best approach, and that’s especially true if a new insurer will be offering plans in your area. Letting your current plan auto-renew without comparison shopping is never in your best interest.

If a new insurer is joining the marketplace, you may find that its plans are a perfect fit for your needs. Or you might find that your best option is to switch to a different plan because your after-subsidy premiums are increasing due to the new insurer undercutting the price of the current benchmark plan. Switching plans might be a non-starter due to your provider network or drug formulary needs, but you won’t know for sure until you consider the various options that are available to you.

Ask a professional how a new carrier could impact your coverage

We have an overview of factors to keep in mind when you’re choosing a health plan, but it’s also worthwhile to seek out professional advice. Enrollment assistance is available from brokers, enrollment counselors, and Navigators.

Brokers are licensed and regulated by state insurance departments, and must also have certification from the exchange in order to help people enroll in health plans offered through the exchange. Training and testing are necessary in order to obtain the license and certification, and brokers must also complete ongoing continuing education in order to maintain their credentials.

Broker training encompasses a wide range of topics, including ethics, fraud prevention, evolving insurance laws and regulations, and health plan details. The training and regulatory oversight make brokers a reliable source of information and assistance with initial plan selections and enrollments as well as future issues that might arise as the health plan is utilized.

Navigators should be much more widely available this fall, as the Biden administration has allocated $80 million for this year’s Navigator grants in the states that use HealthCare.gov. (The previous high was $63 million in 2016; the Trump administration subsequently reduced it to $36 million in 2017 and to $10 million each year from 2018 through 2020.) The Biden administration has also proposed a return to expanded duties for Navigators, which would provide consumers with increased access to post-enrollment assistance with their coverage.

In short, enrollment assistance should be widely available this fall, and it’s in your best interest to use it. A recent report from Young Invincibles highlights the myriad ways that enrollment assisters help consumers – it’s more than just picking a plan.

Regardless of where you seek assistance, it won’t cost you anything – and a broker, Navigator, or enrollment counselor will be able to help you determine the impact of any new insurers that will be offering plans in your area for 2022, and help you make sense of the options available to you.