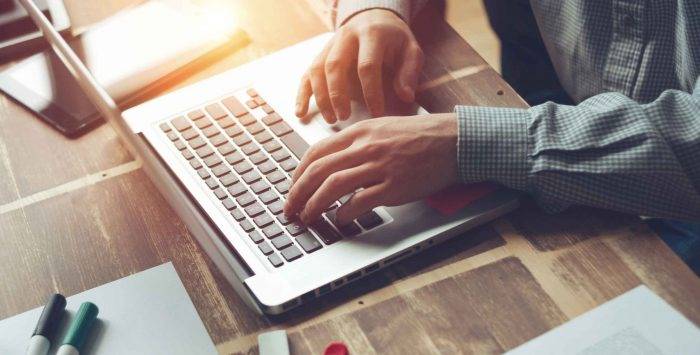 Two-thirds of the fully state-run health insurance marketplaces have committed to extended open enrollment periods during which people can enroll in 2021 health coverage. | Image: Alex from the Rock / stock.adobe.com

Welcome back to The Scoop! Open enrollment for individual (non-group) health insurance plans is just around the corner, and will be underway nationwide as of November 1. For those interested in open enrollment and individual-market coverage, there’s plenty of encouraging news this week regarding open enrollment extensions, new state enrollment platforms, the availability of plan browsing, and new insurers joining many states’ marketplaces.

If you’ve got questions about open enrollment, check out our comprehensive 2021 Open Enrollment Guide, which addresses all aspects of the OEP that starts November 1. (And although this site is all about individual market health coverage, you can also check out our guide to the Medicare open enrollment period – which starts today.)

There’s a lot of news to cover. Let’s get started!

The other state-run exchanges are Connecticut, Idaho, Maryland, and Vermont. They all have the option to use the standard November 1 – December 15 enrollment window or issue an extension. And although they’ve currently all scheduled open enrollment to end on December 15, it’s possible that we could see additional extensions as the year goes on.

Most states in the U.S. use the federally run HealthCare.gov platform for individual and family health coverage enrollment. But there were already 13 fully state-run exchange platforms as of this year, and two more have joined them for the upcoming open enrollment season and future plan years.

Residents in Pennsylvania will use Pennie to sign up for coverage this fall, and New Jersey residents will use GetCoveredNJ. (In previous years, residents in both states used HealthCare.gov.)

In states that use HealthCare.gov and most of the state-run exchanges, window shopping for 2021 coverage will be enabled by late October. But plan browsing is currently available on some state-run exchange websites. Residents in California, DC, Idaho, Maryland, Minnesota, Nevada, New Jersey, New York, and Vermont can already see the available plans and pricing for 2021. And in California, current enrollees can even renew their coverage now, without having to wait for the official start of open enrollment.

Mostly modest rate changes for 2021: Increases in some states, decreases in others

For the last several months, we’ve been tracking proposed premiums for individual-market health insurance across the country. The rate review process has been finalized and approved rate changes made public in many states. As he does each year, Charles Gaba is tracking the proposed and approved rate changes in an at-a-glance spreadsheet. Thus far, the average approved rate change stands at an increase of just under half a percent. Although that’s not yet a complete picture, it is indicative of a fourth consecutive year of fairly stable rates in the individual market, with prices in many areas of the country fairly similar in 2021 to what they were in 2018.

In many states across the country, new insurers are joining the exchanges for 2021, and existing insurers are expanding their coverage areas within the states where they offer coverage. We’re seeing new insurers in numerous states, including Arkansas, California, Colorado, Florida, Illinois, Idaho, Illinois, Indiana, Iowa, Maryland, Minnesota, Mississippi, Missouri, Nevada, New Mexico, North Carolina, Oklahoma, Oregon, Tennessee, Texas, Utah, Virginia, Washington, and Wyoming. And existing insurers are expanding their coverage areas in many other states, bringing increasing plan options to residents in some areas.

There are a few states where existing insurers will no longer offer plans in the marketplace after 2020: New Mexico Health Connections will shut down at the end of 2020, Virginia Premier is leaving the individual market, and Highmark Choice Company is leaving Pennsylvania’s market (but several other Highmark affiliates will remain, and Highmark Choice Company had very low enrollment).

But overall, the trend is overwhelmingly towards increasing insurer participation and expanding coverage areas. This is the same trend we saw for 2019 and 2020. And it’s a reversal of the trend we saw in 2017 and 2018, when insurers were fleeing the exchanges and the individual market.

Late last month, numerous Wisconsin stakeholders — including the insurance commissioner, the Department of Health Services, numerous health insurance companies, and consumer advocates — sent a letter to the Trump administration, asking for an extension of the upcoming open enrollment period through the end of January, instead of having it end on December 15.

Wisconsin uses the federally run marketplace (HealthCare.gov), so the state does not have the option of extending open enrollment itself, the way several of the state-based exchanges have done. The letter points out how an extended open enrollment period would give the state more time to help people affected by the pandemic who need to select an individual market health plan for 2021.

An extension would also give those individuals – many of whom are not accustomed to buying their own health insurance – more time to carefully consider their options. The letter concludes by pointedly noting that along with those practical benefits, “an extension would signal that the federal government understands the plight of the newly uninsured, values their welfare and is prepared to do all in its power to protect our health system and economy.”

Nearly two years after voters approved it, Medicaid expansion is in effect in Nebraska

In November 2018, voters in Nebraska approved a Medicaid expansion ballot measure. After an implementation process that lasted nearly two years, Medicaid expansion took effect this month in Nebraska. Nebraska residents were able to start enrolling in expanded Medicaid in August, and nearly 11,000 people had done so by the beginning of October. Enrollment will continue year-round for eligible residents.

Now that Nebraska has expanded coverage, there are only 14 states that still have not accepted federal funding to expand Medicaid, and two of them (Oklahoma and Missouri) will expand coverage by mid-2021 under the terms of ballot measures approved by voters this past summer.

The Centers for Medicare and Medicaid Services published a new enrollment trends report last week, with data updated to include the 2019 plan year. The CMS totals are based on risk adjustment data, but they do not include enrollments in Massachusetts and Vermont, since both states have merged individual and small group markets for risk adjustment.

Enrollment in the health insurance marketplaces/exchanges has remained fairly steady over the last few years, due mainly to the premium subsidies that keep coverage affordable for most exchange enrollees. But enrollment has declined sharply among people who don’t receive premium subsidies – which includes everyone who enrolls outside the exchange, as well as about 15 percent of on-exchange enrollees. Across 48 states and Washington, DC, total unsubsidized enrollment in ACA-compliant individual market plans has dropped from 6.3 million in 2016 to 3.4 million in 2019.

The Kaiser Family Foundation’s annual employer health insurance survey report was published last week. As usual, it contains a wealth of information about the current state of employer-sponsored health insurance in the United States. Among the interesting data points:

The uninsured rate continues to rise, and is rising particularly fast among children

Last month, the U.S. Census Bureau published its annual health insurance report, with data about health coverage during 2019. About 8 percent of the population had no health coverage at all during 2019, and about 9.2 percent had no health coverage at the time they were surveyed. This is an increase from 8.9 percent in 2018, but it’s also the continuation of a steady upward trend in the uninsured rate since the Trump administration took office: It had been 8.7 percent in 2017 and 8.6 percent in 2016. The uninsured rate is still well below where it was prior to the ACA; 15.5 percent of the population was uninsured as of 2010.

In addition to the continued increase in the overall uninsured rate in recent years, Georgetown University’s Health Policy Institute published a sobering report last week, indicating that the uninsured rate among children in the U.S. increased more in 2019 than it had in any other year over the last decade. In 2016, just 4.7 percent of children in the U.S. were uninsured, which was a historic low. But by 2019, it had increased to 5.7 percent.