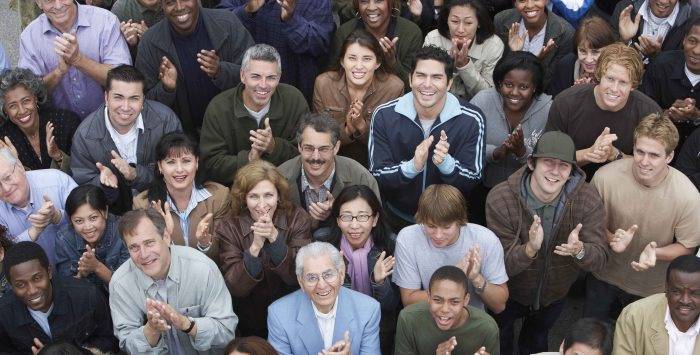 Between 42 million and 50 million Americans have enrolled in ACA-compliant plans since 2014. | Image: moodboard / stock.adobe.com

The Wall Street Journal editorial page editors would have us believe that the debate over “protection for people with pre-existing conditions” is something of a fraud.

In brief, the editorial says that only 3% of the population with pre-existing conditions is insured through the Affordable Care Act marketplace; the ACA rules guaranteeing equal access to people with pre-existing conditions pertain almost entirely to the individual market; and there are better ways to insure those who lack access to employer-sponsored insurance than rigging up rules to make it profitable for private insurers to insure the sick.

The WSJ editors assert that it’s unlikely the Supreme Court will void these programs. That’s far from certain if Amy Coney Barrett, Trump’s extreme right-wing choice to replace the recently deceased justice Ruth Bader Ginsburg, is confirmed. In any case, at Trump’s insistence, his Department of Justice has asked the Court to void the entire law. Broader Republican intent to gut its core programs is reflected in the failed ACA repeal bills supported by the vast majority of Republicans in Congress in 2017, which would have defunded the ACA Medicaid expansion and vastly reduced subsidies in the individual market for health insurance.

As for “protections for people with pre-existing conditions”: it’s true that the ACA’s guarantee that access to comprehensive insurance will not be affected by the applicant’s medical history pertains mainly to the individual market for health insurance  – though the ACA did also forbid employer-sponsored health plans to impose waiting periods for coverage of pre-existing conditions. The individual market currently insures about 13 million Americans, 10.7 million of whom obtained their plans through HealthCare.gov or state-based ACA exchanges. (The ACA also bans insurers from basing premiums for small employers on the health of the employee group). That’s about 5 percent of the non-elderly population, currently about 275 million.

But current enrollment is just a snapshot. The most relevant question is not how many people access the individual market at a given time, but how many will access it at some point in their lives.  For many enrollees, the individual market is a short-term solution, accessed between jobs, or before obtaining a job that offers insurance, or after (often involuntary) early retirement.

The ACA marketplace, offering coverage to all without regard to pre-existing conditions, opened for business on November 1, 2013, with coverage starting on January 1, 2014. In seven years of operation, how many Americans have accessed it?

The answer has to be pieced together from various government sources and can be offered as a range: somewhere between 42 million and 50 million people have likely enrolled in ACA-compliant plans since 2014. Here is the breakdown:

Those are the sources of the estimate that between 42 million and 50 million people have accessed ACA-compliant health insurance in the individual market since 2014.  For more detail about the calculations, please see this post.

If the marketplace were to survive in its current form for 30 years – unlikely, as Democrats propose to bolster subsidies and add a public option,  and Republicans would reduce it to an under-subsidized and under-regulated shadow – a hefty percentage of the population would likely tap it at some point in their lives.

According to the Kaiser Family Foundation, 27% of the U.S. population have pre-existing conditions that would make them unable to obtain coverage in a medically underwritten market. About twice that number have conditions that would affect their coverage, either by making it more expensive or by exclusion of coverage for the pre-existing condition. Half of us need the ACA’s guarantee of coverage on equal terms regardless of our medical status, and all of us potentially need it, as health is never guaranteed.

It should be acknowledged that the ACA marketplace could better serve its intended purpose. On the eve of the ACA’s enactment in March 2010, the Congressional Budget Office (CBO)  forecast 24 million marketplace enrollees per year in 2019. They also forecast a reduction of 5 million in the off-exchange individual market, which Kaiser pegs at 10.6 million in 2013. That suggests about 30 million enrollees in ACA-compliant plans per year. Current enrollment is about 13-14 million.

The marketplace has underperformed – in part because of widespread ignorance of what’s on offer, abetted by continuous Republican sabotage, but also in part because the marketplace is under-subsidized. While some enrollees find comprehensive, highly affordable insurance, those who earn too much to qualify for subsidies (over 400 percent of the federal poverty level, which in 2021 will be $51,040 per year for an individual and $104,800 for a family of four) often find coverage unaffordable, as do some who are eligible for subsidies. Coverage is more comprehensive and reliable than pre-ACA, but is weakened by high out-of-pocket costs (mainly for those with incomes over 200 percent FPL, who don’t qualify for strong Cost Sharing Reduction) and narrow provider networks.

Acknowledging these limitations, House Democrats have passed legislation (stalled in the Senate) that would expand premium subsidies at all income levels and eliminate the income cap on subsidy eligibility, ensuring that no one pays more than 8.5% in premiums.  Presidential candidate Joe Biden’s health care plan would also reduce premiums and remove the income cap, as well as reducing out-of-pocket costs for the benchmark plan against which premiums are set. Biden also proposes introducing a public option into the marketplace, and allowing people whose employers offer affordable coverage to switch to the marketplace and be eligible for subsidies. These proposals would likely bring marketplace enrollment up to or beyond the level originally anticipated by CBO. Biden’s plan would also induce many to switch from employer-sponsored plans – 12 million, according the Kaiser Family Foundation’s estimate.

Interest in marketplace coverage is steady

The ACA’s protections for people with preexisting conditions provide a vital guarantee to all of us. The eighth open enrollment period begins on November 1, and in a pandemic-ravaged economy demand is likely to be intense. As premiums have remained essentially flat for the third straight year, total individual market enrollment may increase slightly in 2021 (though new state Medicaid expansions may offset gains).

Looking ahead, the failure to make coverage truly affordable to all can be amended by any number of means, including those proposed by House Democrats and Biden. The core difference between the parties is whether to spend more federal dollars to extend affordable coverage to more Americans, or whether to roll back existing programs and protections.

Thanks to Cynthia Cox and Krutika Amin of the Kaiser Family Foundation for assistance with these estimates.

Andrew Sprung is a freelance writer who blogs about politics and healthcare policy at xpostfactoid. His articles about the Affordable Care Act have appeared in publications including The American Prospect, Health Affairs, The Atlantic and The New Republic. He is the winner of the National Institute of Health Care Management’s 2016 Digital Media Award. He holds a Ph.D. in English literature from the University of Rochester.