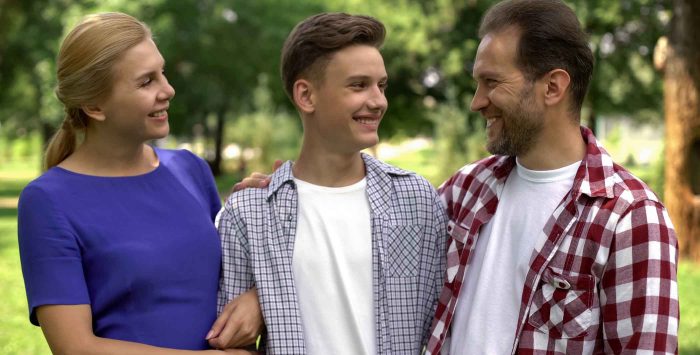 Under the ACA, young adults are able to remain on their parents' health insurance until they turn 26. | Image: motortion / stock.adobe.com

Q. I know that in 2010 the ACA began allowing young adults to remain on their parents’ health insurance until they turned 26. Has anything changed about that rule? Is it better to remain on my parents’ plan or get my own plan? When I turn 26, what options are available?

A. Nothing has changed except that grandfathered group plans must now allow adult children to remain covered until age 26 regardless of whether they have other employer coverage available. Prior to 2014, grandfathered group plans could refuse to cover young adult dependents if they had access to other employer coverage, but that’s no longer the case.

Allowing young adults to stay on their parents’ insurance adds an extra coverage option for people at the start of their careers. But that does not mean that remaining on a parent’s health plan is always the best choice.

The ACA doesn’t require small group health plans to offer dependent coverage, although most of them do. Large group plans must offer coverage to full-time employees and their dependents in order to comply with the ACA’s employer mandate. Plans that do offer dependent coverage must allow adult children to remain on a parent’s plan until age 26, regardless of whether the young adult lives with the parent, is financially dependent on the parent, has other coverage options, is a student, or is married. (Coverage does not have to extend to the dependent’s spouse or children though.)

If a family has minor children as well as young adult children under age 26 — and if their premium is one family rate regardless of how many children are on the plan — it probably makes sense to keep the young adult members on the policy until age 26, unless the young adult lives in a different area where the family’s plan doesn’t have any in-network providers.

But if the only dependents on the plan are young adults, or if the premium is based on the number of dependents, there are other considerations to take into account. Some employers contribute only to employees’ coverage, with dependents’ premiums entirely payroll deducted. In that case, the total cost to insure a family might be lower if young adults get their own coverage in the individual market.

This is especially true for young adults with relatively low incomes who qualify for a subsidy in the exchange, or for premium-free coverage via Medicaid. If your parents do not claim you as a dependent on their tax return, you can apply for a policy in the exchange with subsidy eligibility based on your income alone. If your parents do claim you as a dependent, your subsidy eligibility is based on the entire household’s income (here’s another FAQ that explains how premium subsidies are calculated in situations like this).

If you don’t live in the same area as your parents, it might make more sense to shop for your own policy, since the provider network for your parents’ plan may be limited in your area. And although maternity coverage is now included on all plans, it’s not required for dependents on large group plans. Getting your own policy guarantees that you’ll have maternity coverage. If you’re not yet 26 and you still have coverage on a parent’s plan, you can shop for your own plan during the annual open enrollment period, or if you experience a qualifying event, such as moving to a new area. You can also enroll in your own employer’s plan if that option becomes available to you.

Special enrollment periods to transition to your own plan

Losing coverage on a parent’s plan when you turn 26 is a qualifying event that triggers a special open enrollment period for individual health insurance, or enrollment in a group plan through your employer if you’re eligible. Your parent’s plan might cover you only until the end of the month in which you turn 26, or they might extend coverage through the end of the year you turn 26, so double-check with the plan to make sure you understand when your coverage will end. You have 60 days before and after that date to enroll in a new individual plan (or 30 days to enroll in your employer’s group plan). And the special enrollment period that allows you to sign up for a plan in the individual market applies even if you have the option to extend your coverage under your parent’s plan using COBRA.

You can shop in the exchange or off-exchange — the special open enrollment window applies either way (as noted in the next section, premium subsidies are only available if you shop in the exchange). If you enroll during the 60 days prior to your loss of coverage, your new plan will be effective the first of the following month after your old plan ends, which generally allows for seamless coverage. But if you enroll in the 60 days following your loss of coverage, the soonest your new plan can take effect is the first of the month after you apply, meaning that you will have a bit of a gap in coverage.

Depending on your income, you may qualify for premium tax credits that pay a portion of your premiums as long as you shop in the exchange. (You may not qualify though, even with income at that level, since it also depends on the unsubsidized cost of the coverage. Here’s another FAQ that explains this in more detail, but know that subsidies are larger and more widely available in 2021 and 2022 due to the American Rescue Plan, so coverage is more affordable than it used to be.)

There are also exchange policies available with lower cost-sharing requirements if your income does not exceed 250% of the poverty level.

Catastrophic individual plans are available to applicants under age 30, with premiums that are generally lower than bronze plans. But premium subsidies are not available on catastrophic plans, so a “metal” plan is likely a better choice if your income makes you eligible for a premium subsidy.

Medicaid is also an option if you’re eligible. In states that have expanded Medicaid, you can qualify as a single person with an income of about $17,774 in 2021 (this is in the continental U.S.; the limits are higher in Alaska and Hawaii). The Medicaid eligibility threshold is tied to the federal poverty level, which generally increases each year. The new federal poverty level numbers are announced in mid-late January each year, so 2022 numbers will be available in early 2022 (before that, the 2021 eligibility numbers are used)

If your parents’ policy qualifies for COBRA continuation, you’re eligible to elect COBRA for up to 36 months after aging out of the coverage at age 26. But you’ll be responsible for the full cost of the coverage, plus an administration fee of up to 2%. In many cases, there are less expensive options available in the individual market. And as noted above, the option to buy your own plan during a special enrollment period triggered by your loss of coverage is available even if you also have the option to extend your plan with COBRA.

In September 2015, HHS released data regarding changes in insurance coverage across various demographics in the years before and after the implementation of the ACA. Determining exactly how many young adults have remained on their parents’ health plans is challenging, but we do know from the HHS data that coverage across young adults (ages 19 – 25) increased by 5.5 million people from 2010 through September 2015.

Nearly half of that gain (2.3 million people) occurred between 2010 and October 2013, before the bulk of the ACA’s reforms were implemented (exchanges, guaranteed issue coverage, premium subsidies, etc.). So it’s likely that a good chunk of those 2.3 million young adults gained coverage via a parent’s plan. Since then, the increase has likely been a combination of young adults remaining on their parents’ health plans as well as young adults purchasing their own plans in the exchanges.