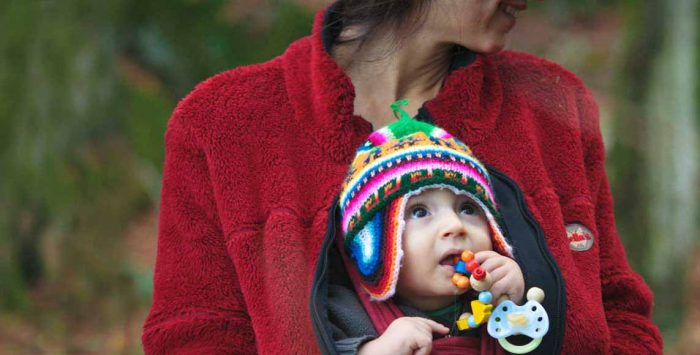 Although most Americans get their medical insurance from an employer or from the government, individual health insurance is designed for people who are self-employed or who do not have access to an employer-sponsored or government health plan.

Historically, individual insurance in almost all states involved medical underwriting prior to 2014, which meant that securing a policy was often difficult, expensive, or impossible for people with pre-existing conditions.

Most health insurance companies are for-profit entities, and even non-profit carriers cannot operate at a loss. They have to take in more money in premiums than they pay out for medical claims. In the individual market, medical underwriting was traditionally the way they accomplished this. People with pre-existing conditions could be rejected altogether by the insurer, or offered a policy with an increased premium or exclusion riders that eliminated coverage for pre-existing conditions.

The Affordable Care Act (ACA) made individual health insurance guaranteed issue as of January 2014. This means that medical history is no longer a factor in determining whether an applicant can get a policy, or how much the policy will cost.

Individual health insurance is now issued with modified community rating, which means that premiums are based on geographical area, age, and tobacco use (some states prohibit tobacco rating; New York and Vermont prohibit age rating and Massachusetts has a modified age-rating approach). But increased rates based on medical history are longer allowed, nor are pre-existing condition exclusion riders. And applicants can no longer be declined for coverage based on a pre-existing condition.

Until the end of 2013, healthy applicants could still apply for underwritten individual plans. Originally, those plans were scheduled to be replaced by ACA-compliant coverage as of the start of 2014, but the Obama administration, and later the Trump administration allowed those transitional (grandmothered) plans to continue to renew. Current rules allow them to remain in force until the end of 2021, although that may be extended again.  Not all states accepted the provision to allow grandmothered plans to remain in force however, and even in states that have allowed the renewal of grandmothered plans, some carriers have opted to end their grandmothered plans and replace them with ACA-compliant plans instead.

Here’s state-by-state information about grandmothered plans.  If you’ve got a grandmothered plan that’s eligible for renewal in 2021, keeping it might be a good option if you don’t qualify for subsidies in the exchanges and prefer to keep an underwritten, lower-priced plan for as long as possible. Be aware however, that pre-2014 plans don’t have to comply with a variety of ACA provisions, and there may be gaps in the coverage that wouldn’t exist on a new plan.

The ACA requires individual and small group health plans to broadly cover what lawmakers deemed essential health benefits. This applies both on-exchange and also to the major medical plans that insurers sell outside the exchange. Prior to the ACA, most policies sold in the individual major medical market lacked at least some of the services that are now considered essential health benefits.

There is still variation from state to state in terms of exactly what’s covered under each essential health benefit category, as states use benchmark plans (see definition 2) to set those standards and each state has its own benchmark plan. But overall, plans purchased in the individual market are much more robust under the ACA than they were prior to 2014.

And health plans cannot impose any annual or lifetime dollar limits on essential health benefits, which means people no longer have to worry about exceeding a benefit cap and thus running out of benefits.

What can you expect?

Individual ACA-compliant plans are rated with “metal” designations, which helps consumers compare apples to apples. There is plenty of variation from one carrier to another, both in terms of plan design and price, but policies are labeled based on their actuarial value, or the percentage of costs that the plan covers across an average population. Several state-run exchanges have additional plan standardization in place.

Bronze plans will cover roughly 60 percent of costs, Silver plans 70 percent, Gold plans 80 percent, and Platinum plans 90 percent (note that Platinum plans are not available in many areas for individual market applicants, although they do tend to be more widely available in the small group market). For people under age 30 or those with hardship exemptions, catastrophic plans are also available. Premium subsidies are not available to offset the cost of catastrophic plans however, so only a very small percentage of enrollees select them.

Subsidies – but only through an exchange

When you’re deciding where to shop for coverage, it’s important to figure out if you qualify for a premium subsidy or cost-sharing subsidy based on your household income. If you do, you’ll probably want to get your health insurance through the exchange, because that’s the only way the subsidies are available.

If you take medications or see specific medical providers, you’ll want to also check the formularies and provider networks of the available plans, and it’s possible that an off-exchange option might work better for your situation. But if you’re eligible for subsidies and you select an off-exchange plan, you’ll be giving up that financial assistance (and you will not have an opportunity to claim it after the fact on your tax return).

Cost-sharing subsidies are available to applicants with household income between 100 percent and 250 percent of FPL (the federal poverty level). (The lower threshold is 139 percent in states that have expanded Medicaid; below that, Medicaid is available instead.)

Premium subsidies are available to applicants with household income between 100 percent and 400 percent of the federal poverty level (the lower threshold is 139 percent in states that have expanded Medicaid; below that, Medicaid is available instead).

For reference, here are the poverty level numbers for 2020, which are used to determine subsidy eligibility for 2021 health plans.

Health insurance mandate penalty was eliminated after 2018, but some states still have a penalty

All but the most wealthy among us need health insurance to protect against bankruptcy in the event of a serious illness or injury, and to secure access to expensive life-saving medical care if we need it. Although lawmakers saw that removing medical underwriting from the individual health insurance market was necessary in order to extend coverage to everyone, they also knew that this had the potential to create significant adverse selection in the market. There was just too much potential for people to wait to apply for a policy until they needed medical care, knowing that the coverage would be guaranteed issue.

So Obamacare includes two provisions to prevent this: With very few exceptions, everyone was required to have health insurance or pay a penalty. (The federal penalty was eliminated in 2019, under the terms of the GOP tax bill that was enacted in 2017. But some states impose their own mandate penalties.) And individual health insurance is only available for purchase during open enrollment windows (November 1 – December 15 in most states, with coverage effective the first of January).

Outside of the open enrollment window, individual policies are only available for people who have a qualifying event (including things like birth, adoption, marriage, a permanent move, or loss of other coverage, with provisions in some cases that require the applicant to have already had some form of minimum essential coverage in place prior to the qualifying event), although Native Americans can enroll year-round in individual market plans through the exchange.