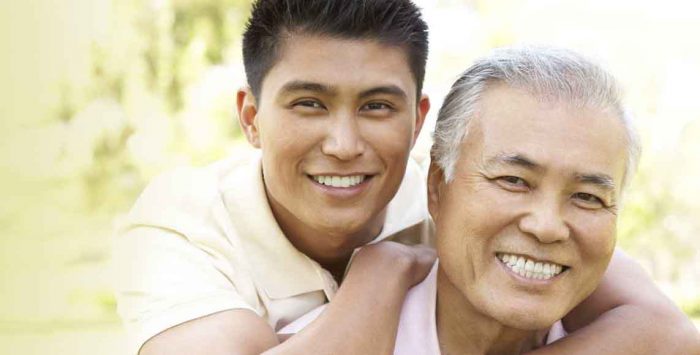 If you declare your son as a dependent on your income tax, then your income would be included in determining whether he gets a subsidy.

Q. My 21-year-old son is in college. I know he could stay on my employer’s plan until he is 26. But he might be able to get better coverage in the exchange. Would he be eligible for a government subsidy? Would it be based on his income or mine?

Prior to the American Rescue Plan, premium subsidies only extended to incomes up to 400% of the poverty level. For 2021 coverage, that would have been an income of $51,040 for a single individual (in the continental US; poverty levels are higher in Alaska and Hawaii). For a household of two, it would have been $68,960. But the American Rescue Plan has eliminated this “subsidy cliff” for 2021 and 2022, meaning that premium subsidies can extend to people with income well above 400% of the poverty level, if the benchmark plan would otherwise cost more than 8.5% of their income.

But subsidy eligibility depends on how the cost of the benchmark plan compares with your household income, which means that an applicant may or may not qualify for a subsidy, depending on where they live, how old they are, and how much health coverage costs in their area. It can also be counterintuitive to see how subsidy amounts change when members of a household are not all enrolled in the same plan. (The short story is that the subsidy eligibility calculation is based on the cost of the benchmark plan for only the family members who are enrolling via the marketplace (in this case, just your son), versus how it compares with the whole tax household’s income.)

If you don’t claim your son as a dependent, he might be eligible for Medicaid, depending on his income and whether he’s in a state that has expanded Medicaid under the Affordable Care Act (depending on your family’s total income, he might be eligible for Medicaid even if you do claim him as a tax dependent; eligibility will be determined when he submits an application through the marketplace).

If he files his own income tax return and his income is high enough to be subsidy-eligible (in the continental U.S. in 2021, that’s at least $12,760 in states that haven’t expanded Medicaid, and at least $17,774 in states that have expanded Medicaid), he might qualify for a subsidy. Subsidies are larger and more widely available due to the American Rescue Plan, so even if it looked like he didn’t qualify for a subsidy earlier in 2021, it’s worth checking again now that the American Rescue Plan has been implemented.

He has the option to remain on your health insurance until he turns 26, regardless of whether or not you claim him as a dependent on your tax return. But depending on your plan and how far away from you he lives while he’s in college, he might find that he has little or no access to in-network providers. Getting his own plan—either in the exchange or from the college itself—would ensure that he has access to network providers where he’s going to school. That’s something to consider, even if he doesn’t qualify for subsidies in the exchange based on household income.

Here’s an outline of the various coverage options available for college students, and what to keep in mind when you’re deciding.