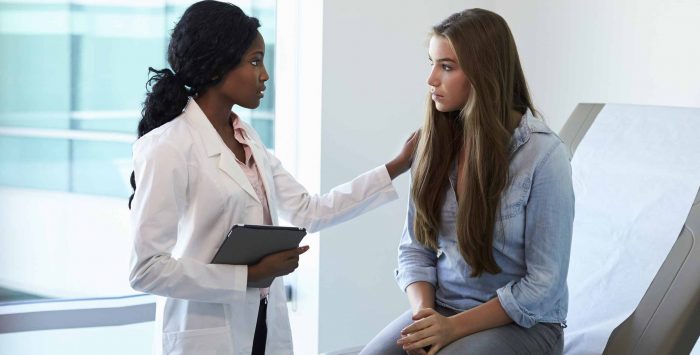 A report from the Transamerica Center for Health Studies has found that Millennials had the highest rate of uninsured individuals (16%).

As Americans born between 1980 and 1997 are coming of age, Millennials are putting their own spin on adulthood: they’re getting married later, putting off having kids, not buying houses , eating avocados, and lately – foregoing health insurance.

A report released in May by the Transamerica Center for Health Studies – Millennials: Digital Natives Disrupting Healthcare – has found that the largest generation in the country had the highest rate of uninsured individuals (16%). What’s more, that rate has risen since 2016, and has outpaced the uninsured rate of Gen Xers (12%), and Baby Boomers (8%).

Why Millennials aren’t buying it

“Some of the stuff makes sense knowing what we know about Millennials economically: they’re not as stable, don’t have as many resources, and many don’t have access to employer coverage,” said Hector De La Torre, Executive Director of TCHS. A key finding in the survey, he said, is that almost 60 percent of Millennials said cost was the main factor deterring them from having health insurance.

Compounding that issue is the recent elimination of the ACA‘s individual mandate. “By getting rid of the tax penalty more people are going to feel OK to go without coverage,” said De La Torre, who expressed concerns about the health implications of skipping insurance for an out-of-pocket approach.

“The funding for public education around the exchanges, and healthcare in general, has been diminished the last couple of years in Washington and we’ve seen an impact,” said De La Torre. These reductions to public access and awareness have included a shortened enrollment window, cuts to enrollment marketing campaigns, and slashed budgets for public outreach ambassadors. Those slashed budgets impact ACA’s Navigators, whose job is to assist potential enrollees in determining whether they qualify for premium subsidies or Medicaid expansion programs.

That impact of decreased education showed up in the survey as additional reasons Millennials pegged for going uninsured. These included:

“They may have options they’re just not taking advantage of … being low-income, or unemployed or underemployed. Chances are, they qualify for Medicaid – and many people don’t know that,” said De La Torre. “Many (Millennials] don’t know that if they’re under 26 and their parents have health coverage … they can go under their parent’s policy.”

Although only the youngest Millennials will qualify for coverage under the ACA provision which allows children to remain on their parent’s plans, it remains a widely popular addition to American’s health coverage continuum.

“Maintaining coverage under your parent’s policy until you’re under 26 is very important for Millennials. It’s their safety net in many cases,” said De La Torre. “For the younger cohort of Millennials (roughly 22-26 years old), losing their coverage by aging out will leave them with few options for health coverage.”

Half have pre-existing conditions

Even though 80 percent of Millennials rated their current health as “excellent or good,” over half (52%) of those surveyed reported pre-existing chronic conditions, numbers surprisingly similar to the older Generation X and Boomer populations.

“That’s problematic to me that,” said De La Torre, who worries a lack of regular health coverage could only exacerbate those chronic conditions and lead to new ones emerging from undiagnosed and untreated conditions.

“For those that do not find an acceptable alternative to health coverage, those medical and mental conditions may become chronic and be more difficult to treat and manage – and more costly.”

A wake-up call for elected officials?

For legislators, state and federal agencies – and even private insurers – the data in this survey is a clear signal that the nation’s largest generation poses both a huge challenge – but also huge potential to grow the ranks of the insured.

“The uninsured are the hardest to get to engage on health insurance,” says De La Torre “They don’t know the big picture for how we provide healthcare. We need to have the most options possible and the most education and information out to the public as possible. The more options, the better, and the more education about those options the better.”

Overcoming that challenge, De La Torre says, will require the political will on a national level to restore recently scaled back public awareness programs for ACA health coverage options.

“Government, the nonprofit sector, providers all need to collaborate and promote health coverage and personal healthcare – using all communication channels and personal contacts (doctors, nurses, health promoters, and others).”

Millennials are watching their elected officials

Although the awareness of health coverage options needs to improve among Millennials, their awareness of government healthcare policy is astoundingly high.

The survey found Millennials were the generation most aware of healthcare policy in Washington (30%), and the most concerned (57%) about any potential changes.

“Usually younger folks of any generation tend to be less engaged,” observed De La Torre. “The fact they were the group that was the most attuned and had the highest percentage of concern about policy changes in DC – that was surprising to me.”

Almost a third (29%) of Millennials cited the fear of losing coverage for a pre-existing condition as their biggest health policy concern, although this was less than Gen X (36%) and Boomers (49%). Millennials were also most concerned about reductions in Medicaid (28%), and removing the employer mandate for health coverage (26%).

As the nation’s largest generation, Millennials, (combined with every generation after the Boomers), now make up the majority of eligible voters. Current and aspiring politicians may want to take heed of the potential game-changing impact this voting block could have on politics, particularly on the future of healthcare policy.

“Overall, healthcare was extremely/very important to 80 percent of voters in Gallup’s Midterm Election Benchmark poll, 2 percent higher than the economy (the next most important issue). There is no indication that this concern is abating,” concluded De La Torre.

Jesse Migneault is a journalist and editor whose work has focused on business, government and healthcare – including public and private-payer health insurance. His articles have appeared in HealthPayerIntelligence, the Hartford Courant, Portsmouth Herald, Seacoastonline.com, Foster’s Daily Democrat, and York County Coast Star.