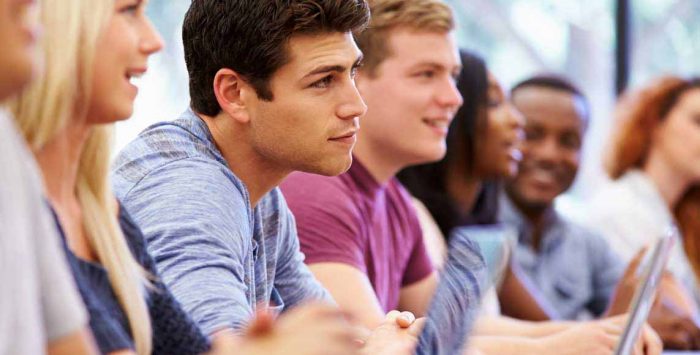 Before Obamacare, coverage for students tended to be hit or miss. Eligibility to remain on a parent’s health plan was often contingent upon being enrolled in school full-time, and the cut-off age was typically 22 unless a state had its own provisions for older students to remain on a parent’s health plan (assuming the plan was subject to state regulations; self-insured plans, which account for most employer-sponsored coverage, do not have to follow state rules).

And individual health insurance was medically underwritten, creating a significant hurdle for students with pre-existing conditions.

Low annual and lifetime benefit maximums used to be standard on student health plans. That typically worked out, because most students are young and healthy. But it sometimes resulted in disastrous outcomes, as we saw in the highly-publicized and tragic death of Arijit Guha, an Arizona State University student whose cancer treatment maxed out his student health plan.

And even healthy students sometimes struggled to afford the premiums.

Thanks to the Affordable Care Act, a lot has changed for students’ health insurance coverage options:

(Note that this applies even if the young adult doesn’t live in the same area as their parents, but if the health plan only covers in-network health care and has a limited and localized provider network, the young adult would have to travel to the parents’ area for medical care unless it’s an emergency situation.)

Guaranteed-issue coverage and subsidy eligibility – The ACA also made individual insurance guaranteed-issue regardless of medical history, and created subsidies (premium tax credits) to make premiums affordable for low and middle-income enrollees. Eligibility to remain on a parent’s health plan or purchase student health insurance through a university does not eliminate eligibility for subsidies in the exchange.

(If the young adult has an offer of affordable coverage that proves minimum value from their own or their spouse’s employer, however, that would make them ineligible for subsidies in the exchange.)

Possible eligibility for Medicaid – The ACA called for the expansion of Medicaid, and 38 states plus the District of Columbia have expanded Medicaid coverage to adults with incomes up to 138% of the poverty level. (In 2022, that’s $18,754 in annual income for a single individual in the continental U.S.; note that the limits are higher in Alaska and Hawaii, and note that DC’s expanded Medicaid eligibility goes up to 215% of the poverty level.)

Thus Medicaid is available for some students with limited incomes, thanks to the ACA.

While the new, reformed student health plans offered by universities are dramatically better than they were in the past, it’s also true that the new plans cost more than the old ones. Prior to the ACA, some student health plans had benefit caps as low as $5,000, but only cost a few hundred dollars a year in premiums. Given the cost of healthcare, those plans were not functioning as real insurance, but rather as prepaid health plans for relatively minor ailments.

And yet, they provided a modicum of security for students, and were very inexpensive. The inevitable result of making the plans much more robust is that their premiums are now more in line with the rest of the insurance market. As a result, some schools have opted to direct students to the exchange rather than offer student health insurance.

Premium subsidies are available in the exchanges for students who qualify based on income, although a student who is still claimed as a dependent on a parent’s tax return would have to include the parent’s income in their total household income when applying for a subsidy, as the subsidy would be reconciled on the parent’s tax return.

University-sponsored student health plans were also given some leeway in terms of early compliance with the ACA: they didn’t have to begin meeting the medical loss ratio (MLR) requirements until 2013, and their annual benefit limits were allowed to be much lower than plans in the individual market until the end of 2013. But since January 1, 2014, most new student health plans have been required to cover the essential health benefits with no dollar limits on annual or lifetime benefits.

And in the 2019 Benefit and Payment Parameters, HHS finalized regulations (effective as of July 2018) that exempt student health plans (which are technically considered individual market plans) from the federal rate review requirements that apply to other plans in the individual market.

HHS has noted, correctly, that although student health plans are subject to other individual market reforms (like having to cover essential health benefits, and not capping the amount that the plan will pay for essential health benefits), the rate-setting process differs, just by the nature of the product. Student health plans are only available to registered students and their dependents (which differs from the rest of the individual market), and universities have the sort of leverage that a large employer would have when negotiating with an insurer.

So the rate review process that applies in the individual market (where policies are marketed to individual buyers, who don’t have leveraging power beyond regular market competition) isn’t as necessary for student health plans.

And they’re also required to fully cover the cost of COVID-19 vaccines. (Note that health plans are only required to cover COVID testing through the end of the COVID public health emergency – which is expected to continue until at least mid-January 2023 – but will continue to have to cover the cost of COVID vaccines even after the public health emergency period ends.)

COVID-19 treatment (as opposed to testing or vaccines) generally falls under the umbrella of essential health benefits, which means it’s covered but the plan can impose its regular cost-sharing requirements (copays, deductible, coinsurance).

The federal government confirmed that students who are sent back to their homes due to COVID-19 (instead of remaining on or near campus) are eligible for a special enrollment period that will allow them to enroll in a health plan through the exchange – even if they’re still enrolled in the school’s health plan– if the student health plan doesn’t provide coverage in the area where the student is now living. This enrollment window continues for 60 days after the qualifying event (ie, being sent home). This situation is much less common now than it was in the first year of the COVID pandemic.

Clearly, students have a lot more coverage options as a result of the ACA. But how do you decide which option is best?

Here are some considerations to keep in mind. (This assumes that the student health plan offered by your school is compliant with the ACA. If you’re among the small minority of students at schools that offer self-funded health plans that are not considered minimum essential coverage, you’ll need to carefully consider the details of that plan and weigh it against other options that are available to you.):

1. Is a parent’s plan more affordable?

If the parents’ group health insurance plan includes additional children and the parent works for a large employer, the payroll-deducted premium is likely the “family” rate, and it won’t go down if one child is removed from the plan. In that case, staying on a parent’s plan might be the best alternative, since there would be additional premiums associated with a university-sponsored plan or coverage purchased in the individual market.

2. Studying out of state?

If the student is eligible for Medicaid, it’s important to double-check the eligibility rules for Medicaid in the student’s home state as well as the state where the student will be attending college. Some states have very flexible rules. For example, California allows students to qualify for Medi-Cal even if they’re only living in California temporarily to go to school, and California residents who are on Medi-Cal can keep their coverage (as long as they notify Medi-Cal) while they attend school in another state.

But other states have more restrictive guidelines for their Medicaid coverage, and Medicaid managed care organizations (MCOs, which are used to provide coverage to more than three-quarters of Medicaid enrollees nationwide) can limit the scope of their provider networks, effectively limiting coverage to a local area. If you’re eligible for Medicaid and heading to an out-of-state school, check with your local Medicaid office, as well as the Medicaid office in the state where the school is located. Keep in mind that there are 12 states that haven’t expanded Medicaid under the ACA, so eligibility rules vary depending on the state.

The ACA allows young adults to remain on a parent’s health plan until they turn 26, and group plans with at least 15 workers have covered maternity care since the 1970s. But there is no requirement that those plans cover maternity care for dependents.

HHS clarified in 2015 that dependents must have access to preventive prenatal care with no cost-sharing, but young adults who remain on a parent’s plan may not have coverage for labor and delivery. If this is a concern, students can purchase individual coverage (on or off the exchange) or obtain student insurance through the university, as both of those options include maternity benefits.

But for students who attend religiously affiliated schools, contraceptive coverage could be limited under the student health plan offered by the school. As is the case with all non-grandfathered individual market plans, student health plans are required to cover preventive care with no cost-sharing. Preventive care includes at least one version of all types of FDA-approved contraception for women, including long-acting reversible contraceptives like IUDs (which tended to have prohibitively high up-front costs before their coverage was mandated on all non-grandfathered health plans). But the Trump Administration finalized regulations that allow colleges and universities to avoid offering various types of contraceptive coverage if they have religious or moral objections to them. And this was upheld by the Supreme Court in 2020.

So students at religiously affiliated schools will need to pay close attention to their policy details in order to understand the specifics of the contraceptive coverage. Depending on the terms of the plan, they may find that they have better contraceptive coverage if they purchase their own plan (through the exchange or outside the exchange) instead of relying on the plan the school offers.

If you’re planning to spend a semester abroad, your home school and your host school will be able to point you toward the health plans that they recommend for coverage outside the US. If you’re shopping for coverage on your own, there are a plethora of travel health insurance plans available, many of which cater specifically to students. Travel plans are not regulated by the ACA, but they provide a good supplement to students’ U.S.-based health insurance during the time spent abroad.

In most cases, your school and your host school and/or country will require you to have adequate health coverage in order to participate in the study abroad program or obtain the necessary travel visa that you’ll need. As an example, students who are coming to the US on a J-1 visa need to have medical insurance that meets certain minimum requirements. If you’re buying your own travel medical coverage, you’ll need to make sure that the plan you purchase meets the requirements of your study abroad program and host country.

Whether you’re heading off to college yourself, or sending your child out into the world, rest assured that there will be a health insurance plan that’s just the right fit.