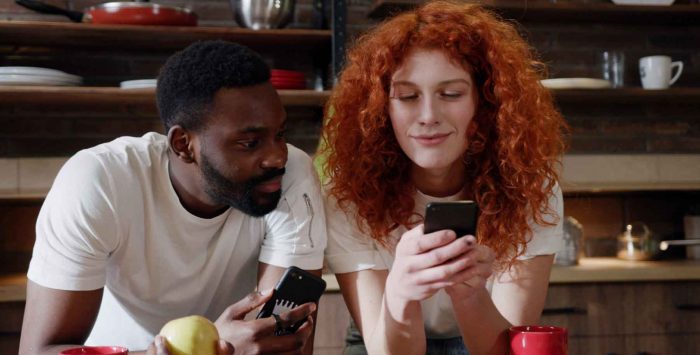 Young adults are among millions of Americans who will be able to find lower individual-market health premiums and cost-sharing under the American Rescue Plan's new subsidy structure. | Image: Fractal Pictures / stock.adobe.com

For generations, one of the transition points for young adults has been the process of leaving their parents’ health insurance and enrolling in their own coverage (assuming they were fortunate enough to be covered under a parent’s health plan in the first place).

The Affordable Care Act (ACA) ushered in some important changes that made coverage much more accessible for young adults, including the provision that allows them to remain on a parent’s health plan until age 26. Now, the American Rescue Plan (ARP) has made coverage even more affordable, and the Inflation Reduction Act has extended those provisions through 2025.

From 2021 through 2025, the ARP and Inflation Reduction Act provide enhanced premium subsidies (aka premium tax credits). And in most cases, those who were receiving unemployment compensation at any point in 2021 were eligible for premium-free coverage that includes robust cost-sharing reductions. (There is no provision for unemployment-related subsidies after the end of 2021; people who are receiving unemployment benefits in 2022 and future years can qualify for regular income-based subsidies, but the rule that was used in 2021 is no longer applicable.)

By the time they need to secure their own coverage, some young adults already have access to their own employer’s health plan. But what if you don’t? Maybe you’re working for a small business that doesn’t offer coverage, or striving to fulfill your entrepreneurial dreams, or working multiple part-time jobs. Let’s take a look at your options for obtaining your own health coverage, and the points you should consider when you’re working through this process:

Individual-market plans more affordable than ever

Purchasing an individual plan in the marketplace has always been an option for young adults, and the ACA ensures that coverage is guaranteed-issue, regardless of a person’s medical history (that is, you can’t be denied coverage or charged a higher premium due to a pre-existing medical condition). The ACA also created premium subsidies that make coverage more affordable than it would otherwise be. But the ARP and Inflation Reduction Act have increased the size of those subsidies from 2021 through 2025. 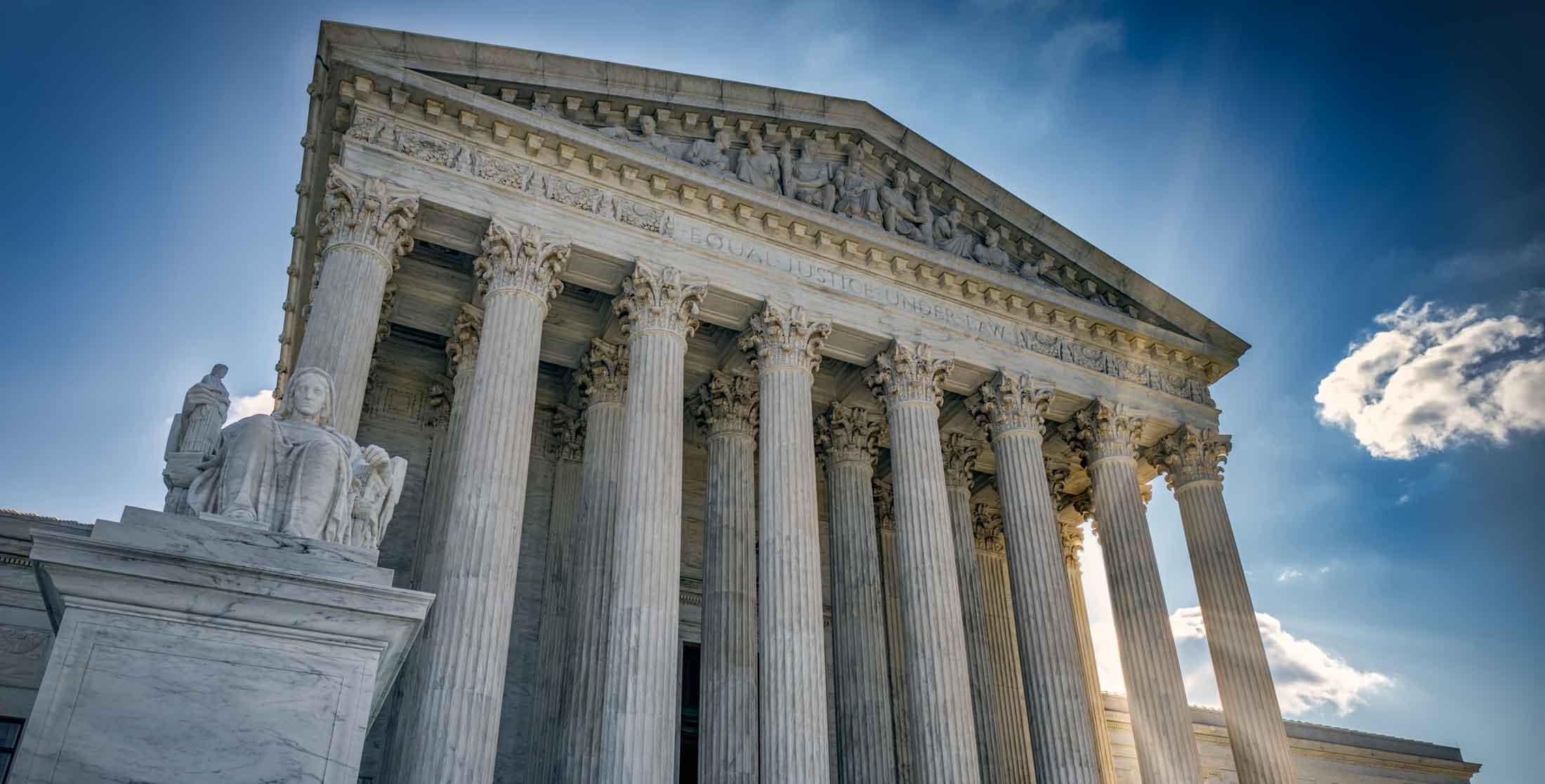 The Supreme Court just upheld the ACA. Should marketplace insurance buyers breathe a sigh of relief?

In some circumstances, the new subsidy structure under the subsidy enhancements help to eliminate this tough decision by reducing premiums for the more robust coverage.

How much can ‘young invincibles’ save on coverage?

The exact amount of a buyer’s subsidy will depend on how old they are and where they live. But some examples will help to illustrate how the ARP’s subsidy enhancements make coverage more affordable and allow young people to enroll in more robust health plans:

Let’s say you’re about to turn 26, you live in Chicago, and you expect to earn $20,000 in 2023 working at two part-time jobs – neither of which offer health insurance benefits. You’re losing coverage under your parents’ health plan at the end of June, and need to get your own plan in place for July.

Those cost-sharing reductions are always available. But without the American Rescue Plan’s subsidy enhancements, a healthy 26-year-old might have been tempted to get one of the less-expensive Bronze plans. (In this particular case, one plan was available pre-ARP in 2021 for under $5/month, and others were available for under $30/month.) But those come with deductibles of at least $7,400, and out-of-pocket maximums as high as $8,700 in 2022, and $9,100 in 2023. (Cost-sharing reductions are only available on Silver plans. The benchmark plan is always a Silver plan, and its price is used to determine the amount of a person’s subsidy.)

A young, healthy person with a limited income might have enrolled in that $5/month plan because the premiums fit their budget. But they would likely have struggled to pay the out-of-pocket costs if they experienced a significant medical event during the year. Thanks to the expanded premium subsidies created by the ARP, there’s no longer a tough decision to make, since the benchmark plan, with robust cost-sharing reductions, has a $0 premium for people with income up to 150% of the federal poverty level (for a single person in the continental U.S., that’s $20,385 in 2023). Here’s an overview of the points to keep in mind when deciding which metal level will best fit your needs; the short story is that silver will almost always be the best choice if your income doesn’t exceed 200% of the poverty level.

Although the dollar amounts of the ARP’s subsidy increases are larger for older people (because their pre-subsidy premiums are so much higher), it’s really significant that the new law helps to make it easier for “young invincibles” with limited incomes to enroll in plans with cost-sharing reductions. The Bronze plans that come with much higher out-of-pocket costs aren’t such an appealing alternative now that Silver plans have been made much more affordable – or free or nearly free, as in the case we just looked at.

What about young people with higher incomes?

But what if you’re a young person with an income that’s too high for cost-sharing reductions? The American Rescue Plan still makes coverage more affordable, and makes it easier to afford a better-quality plan. Let’s say our 26-year-old in Chicago will earn $40,000 in 2023 – about 294% of the federal poverty level.

Switching to your own plan: Things to keep in mind

If you’re switching to your own self-purchased health insurance plan after having coverage under a parent’s health plan, there are several things to be aware of as you make this change, particularly if your previous health coverage was offered by an employer:

Low income? Medicaid may be an option

If you’re in Washington, DC or one of the 38 states where Medicaid eligibility was expanded as a result of the ACA (this will grow to 39 when South Dakota expand Medicaid in mid-2023), you might find that you’re eligible for Medicaid. For a single person in the continental U.S., Medicaid eligibility extends to an annual income of $18,754 in 2022; this amount will increase as of mid/late January 2023. (It’s higher in Alaska and Hawaii, and DC also has a higher eligibility limit, allowing people to enroll in Medicaid with an income as high as $29,219.)

Medicaid eligibility is also based on current monthly income, meaning you won’t need to project your total annual income the way you do for premium subsidy eligibility. In a state that has expanded Medicaid eligibility under the ACA, a single individual can qualify for Medicaid with a monthly income of up to $1,563 in 2022. So if you’re going through a time period when your income is lower than normal, Medicaid can be a great safety net.

In most cases, Medicaid has no monthly premiums, and out-of-pocket costs are generally much lower than they would be with a private insurance plan.

In Minnesota and New York, Basic Health Program coverage is also available. These plans have modest premiums and provide robust health coverage. They’re available to people who earn too much for Medicaid but no more than 200% of the poverty level (which amounts to $27,180 for a single person in 2022).

If you’re aging off your parents’ health plan, COBRA or mini-COBRA (state continuation coverage) might be available. This can be a good option if you’re able to afford it, as it allows you to keep the same coverage you already have for up to 18 additional months. You won’t have to start over with a new plan’s deductible and out-of-pocket maximum, nor will you need to worry about switching to a different provider network or selecting a plan with a different covered drug list.

Aging off a parent’s health plan is a qualifying event that will allow you to continue your coverage via COBRA (assuming it’s available), but you’ll have to pay the full cost of the coverage, plus a 2% administrative fee. So depending on the circumstances, it may make more sense to switch to an individual plan in the marketplace. Here are some factors to consider when you’re deciding whether COBRA might be a good option.

Student health plans: Most are compliant with the ACA

If you’re in school and eligible for a student health plan, this might be an affordable and convenient option. Thanks to the ACA, nearly all student health plans are much more robust than they used to be, and provide coverage that follows all of the same rules that apply to individual market plans.

Check with your school to see if coverage is offered, and if so, whether it’s compliant with the ACA (some self-insured student health plans have opted to avoid ACA-compliance; if your school offers one of these plans, make sure you understand what types of medical care might not be covered under the plan).

If you do have an option to enroll in a high-quality student health plan, you’ll want to compare that with the other available options, including self-purchased individual market coverage, or remaining on a parent’s plan if you’re under 26 and that option is available to you.