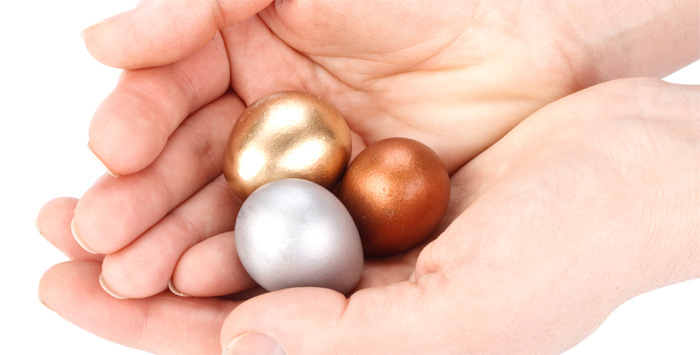 When shopping for a health plan in the ACA marketplace, it’s important to recognize that while Bronze, Gold and Platinum plans have the same value no matter who is shopping, the value of Silver plans varies with income. Accordingly, the metal level that will best suit your needs is also likely to vary with income.

A lot of factors may affect your choice of metal level – your health, locality (offerings and premiums vary a lot by state and even zip code) and risk tolerance among them. But very generally speaking, Silver is almost always the best choice at low incomes, while discounted Bronze or Gold plans often make sense at higher incomes. Below, we’ll examine how income affects choice at different levels, as well as why Bronze and Gold plans are discounted to varying degrees in the current marketplace.

At first glance, the metal level system looks simple. It’s based on actuarial value (AV), which is the percentage of a standard population’s total costs that a plan is designed to cover, according to a formula provided by the federal government. Bronze plans have an AV of roughly 60%, Silver 70%, Gold 80%, and Platinum 90%.

At low incomes, Silver is almost always the right choice

The American Rescue Plan, which lowered premium subsidies at all income levels through 2022, made a benchmark Silver plan (the second cheapest Silver plan) free at incomes up to 150% FPL. That makes it almost inconceivable that another metal level makes sense for an enrollee with an income below this threshold. (There’s a good chance that Congress will extend the enhanced subsidies beyond 2022, but it’s not a sure thing.)

At an income in the 150-200% FPL range, Silver plans still usually make the most sense. A benchmark Silver plan in this income range costs 0-2% of income, topping out at $43/month for a single individual. Deductibles at this second level of CSR average about $660 and OOP maxes about $2,600.

Bronze plans are generally available for free at this income level – but their deductibles average ten times as high as those of Silver plans in this income bracket and their OOP maxes are about triple.

Gold plans in some states and regions cost less than Silver plans (more on that below), and in this 150-200% FPL bracket, they too may sometimes be free. But they have a lower actuarial value than Silver plans in this bracket (80% AV, compared to 87% for Silver with CSR), and their OOP maxes are usually at least twice as high as the highest allowable for Silver.

A Gold plan could sometimes make sense for a buyer in this income bracket – for example, if it costs less than a Silver plan from the same insurer, and that insurer has a good provider network. But Silver is almost always the right choice at incomes up to 200% FPL.

At higher incomes, the field tilts toward Bronze and Gold

At incomes where CSR is unavailable (or negligible, as at 200-250% FPL), you might think that plans are priced proportionately to their actuarial value (again, 60% for Bronze, 70% for Silver, 80% for Gold). And they used to be, before President Trump changed the calculus.

During the Obama years, when the ACA marketplace first launched, the federal government reimbursed insurers directly for the cost of providing CSR, and Silver plans were priced as if CSR did not exist. The ACA statute says that insurers must be reimbursed this way, but the Republican Congress refused to fund the reimbursement, and in October 2017, Trump (obeying a court order that had been stayed, pending appeal) cut the direct payments off. State regulators, expecting this move, mostly allowed or encouraged insurers to price CSR directly into Silver plans only, a practice that came to be known as Silver loading.

Trump’s move had been expected, and analysts forecasting the likely effects (including the Congressional Budget Office) expected that Gold plans would be consistently priced below Silver. A majority of marketplace enrollees, and a large majority of Silver plan enrollees, have incomes below 200% FPL, and so get Silver with AV of 94% or 87%. On average, then, Silver plan AV is well above Gold’s 80%. It should be priced above Gold.

But Silver loading stopped halfway. Competitive pressures led insurers in many markets to underprice Silver, since most enrollees have incomes below 200% FPL, and the lowest-cost Silver plans are the most popular. Discounts generated by Silver loading have been partial and haphazard. But they exist to some degree in every market. Generally, if you buy a Silver plan and you have an income where CSR is weak or not available, you’re paying for CSR that you don’t get

Choices where Gold plans are available below Benchmark

In some states, a monopoly insurer or dominant insurer has priced Gold plans below – sometimes well below – the Silver benchmark. This also happens in scattered regions of other states. In a few states, regulators have required insurers more or less directly to price Silver in a way that reflects the value of CSR, ensuring that Gold plans will be available at a premium below the Silver benchmark, and that Bronze plans will be heavily discounted. States that shape their markets in this way include Maryland, Pennsylvania, Virginia, New Mexico and, starting in 2023, Texas.

Let’s look at how choices shape up in some of these markets. It’s worth noting that while deductibles in the ACA marketplace tend to be high at incomes above 200% FPL, Silver and Gold plans often exempt many services – including doctor visits – from the deductible. Bronze plans sometimes do this too, though in a more limited fashion. Also worth noting: there’s often a tradeoff between the deductible and the annual out-of-pocket (OOP) maximum that enrollees can be charged for in-network services.

In each case below, we’ll look at pricing for a single 47 year-old (the median adult marketplace age) with an income of $33,000 – too high to qualify for CSR. At that income, a benchmark Silver plan costs $117 per month – everywhere.

In Pennsylvania, insurers are directed to price their Silver plans slightly above the cost of a Gold plan with the same provider network.*

There’s a catch, though: this low-cost Gold plan is designed so that an enrollee would be allowed to contribute to a health savings account (HSA). This means it’s subject to a set of rules that forbid any services to be provided that are not subject to the deductible, with the exception of the free preventive services mandated for all plans by the ACA. For some enrollees, this could be a drawback. But for those who want to be able to make pre-tax contributions to an HSA, the availability of a low-cost HSA-qualified plan will be a boon.

These choices are complex, no getting around it. But Gold options clearly trump the Silver. Free Bronze might make sense for some – if they can cover several thousand dollars in unexpected expenses in the event of an unforeseen accident or illness.

The cheapest Bronze plan in this market is an HSA-qualified plan available for $5 per month, with a $6,900 deductible and OOP max. For $19/month, a UHC Bronze plan has a $6,100 deductible, and doctor visits not subject to the deductible ($40 for primary care, $70 for a specialist).

For 2022, New Mexico implemented the strictest mandatory Silver loading in the country. The state insurance department directed insurers to price Silver plans as if they are Platinum – as they effectively are at low incomes. The theory is that if Gold plans are much cheaper than Silver, almost no one with an income over 200% FPL will buy Silver, justifying the pricing assumption. And in fact, in 2022, 69.5% of New Mexico enrollees with income over 200% FPL chose Gold.

Three Bronze plans are available in the Albuquerque market at less than $1 per month, and two more at less than $30 per month. Most of these plans offer doctor visits and/or generic drugs not subject to the deductible.

A choice with many variables

As the choices above illustrate, many factors besides premium and deductible should be considered while choosing a plan. The OOP max looms especially large for people who know they will need significant medical care – and as a risk factor for the healthy. Plans with more robust provider networks generally cost more than narrow network plans. The patchwork of cost-sharing for doctor visits, drugs, imaging and tests is also part of the mix, and those who expect to need certain services should check cost-sharing for them in those plans that they are considering.

Since premiums rise with age, so do the discounts on plans that cost less than the Benchmark Silver plan, as the “spread” between the benchmark and the cheaper plan increases proportionately. In states and regions where Gold plans do not cost less than the Benchmark, this makes Bronze plan discounts really salient for older enrollees – especially those who either don’t expect heavy medical costs or those who know that they will likely reach an out-of-pocket maximum with any plan. For people with enough savings to cover an OOP maximum in a bad year ($8,700 is the highest allowable in 2022), zero- or low-premium Bronze is often a viable option.

As New Mexico’s plan menu illustrates most clearly, the high value of CSR-enhanced Silver plans at low incomes should lead to discounted Gold and Bronze options for people with higher (often only modestly higher) incomes. The federal government could shape the national market to look more like New Mexico’s. If that doesn’t happen, other states are likely to follow New Mexico’s example, as Texas has for 2023.

Bottom line: if your income is below 200% FPL, you’re almost certainly best off in a Silver plan. If it’s above that threshold, look for discounts in Gold and Bronze. While only a few states have taken positive action to maximize those discounts, they exist to varying degrees in most markets.

* PA’s regulatory scheme fails in the Philadelphia area, where the dominant insurer, Independence Blue Cross, skirts the regulation by not offering a Gold plan with the same provider network as its cheapest Silver plan. Ambetter, a cut-rate insurer, follows suit, to a more moderate degree: its cheapest Gold plan is $130/month, $13 above benchmark.

Andrew Sprung is a freelance writer who blogs about politics and healthcare policy at xpostfactoid. His articles about the Affordable Care Act have appeared in publications including The American Prospect, Health Affairs, The Atlantic, and The New Republic. He is the winner of the National Institute of Health Care Management’s 2016 Digital Media Award. He holds a Ph.D. in English literature from the University of Rochester.