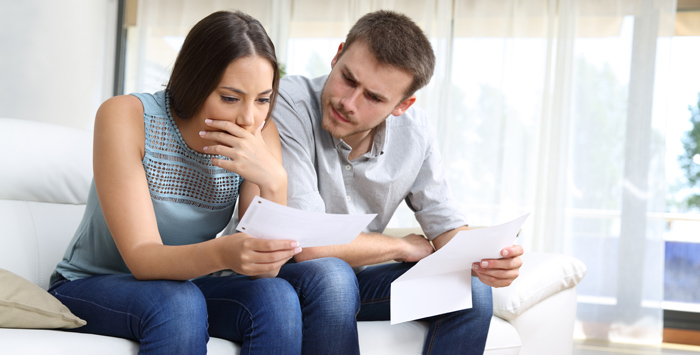 Medicaid enrollees should pay close attention to redetermination notices that they may receive if the the public health emergency ends in early 2023 | Image: Antonioguillem / stock.adobe.com

This article has been updated to reflect the fact that the COVID public health emergency was extended again in mid-July 2022, pushing it out through mid-October, 2022. The Biden administration reiterated again in May 2022 that they will give states at least 60 days notice before the PHE ends. States did not receive notification by mid-August that the PHE would end in mid-October. This indicates that it will be extended again at that point, so the current expectation is that the PHE will extend through at least mid-January 2023. This article has also been updated to note that the American Rescue Plan’s subsidy enhancements have been extended by the Inflation Reduction Act.

The COVID-19 pandemic has cast a spotlight on the importance of the various safety net systems that the U.S. has in place. Medicaid is a prime example: As of April 2022, enrollment in Medicaid/CHIP stood at more than 88 million people, with nearly 17 million new enrollees since early 2020.

This enrollment growth — more than 23% in under two years — is obviously tied to the widespread job and income losses that affected millions of Americans as a result of the COVID pandemic. Fortunately, Medicaid was able to step in and provide health coverage when people lost their income; without it, millions of additional Americans would have joined the ranks of the uninsured. We didn’t see that happen in 2020, thanks in large part to the availability of Medicaid and CHIP.

But the continued enrollment growth in Medicaid is primarily due to the fact that the Families First Coronavirus Response Act (FFCRA), enacted in March 2020, provides states with additional federal funding for their Medicaid programs, as long as they don’t disenroll people from Medicaid during the COVID public health emergency (PHE) period. And all states accepted the additional federal Medicaid funding.

There is normally quite a bit of turnover in the Medicaid program, with some people losing eligibility each month. But enrollment has trended upward for more than two years, without the normal disenrollments that were routine prior to the pandemic due to the regular Medicaid eligibility redetermination process.

(And it’s noteworthy that the additional federal Medicaid funding that states have received is more than double the extra cost that states have incurred to cover the FFCRA-related enrollment growth.)

The PHE is expected to continue until at least mid-January 2023, and could extend past that point. But it will eventually end, and millions of Americans could lose their Medicaid coverage soon thereafter. There are very real concerns that many people who are actually still eligible for Medicaid might lose their coverage due to onerous paper-based eligibility redetermination systems.

We’re hopeful that states will work to make the redeterminations and renewals process as transparent, accurate, and simple as possible. But our goal today is to help you understand what you need to know in order to maintain coverage if you’re one of the millions of people who could potentially lose Medicaid eligibility in the coming months.

When will Medicaid eligibility redeterminations happen?

The federal PHE was first declared in March 2020, and most recently extended in July 2022. The extensions are valid for 90 days at a time, and the PHE is currently scheduled to continue through October 13, 2022.

The Biden administration informed governors in early 2021 that HHS would give states 60 days’ notice prior to letting the PHE terminate, so that they can begin planning for the substantial work that will be involved with a return to normal Medicaid operations. That promise was reiterated in May 2022. So if the PHE is going to expire in October 2022, states would have been notified by mid-August at the latest. That did not happen, which indicates that the PHE will be extended for another 90 days in October, pushing it into early 2023 (earlier in August, Politico had reported that another extension was expected).

After the month that the PHE ends, states have up to 14 months to complete eligibility redeterminations based on members’ changed circumstances, as well as pending eligibility verifications and renewals. This timeframe was initially set at six months as of late 2020, but as the pandemic dragged on and states’ backlog of suspended eligibility redeterminations grew, the Biden administration extended it to 12 months. Subsequent guidance, issued in March 2022, gives states two additional months to complete all pending renewals and eligibility actions, although those processes must be initiated during the 12 months after the PHE ends.

In May 2022 letter to governors, HHS noted “We strongly encourage your state to use the entire 12-month unwinding period to put in place processes that will prevent terminations of coverage for individuals still eligible for Medicaid as your state works through its pending eligibility actions.”

But regardless of how quickly a state opts to start redetermining eligibility and disenrolling people who are no longer Medicaid eligible, the additional federal Medicaid funding will only continue through the end of the quarter in which the PHE ends. As of the start of the next quarter, states will revert to receiving their normal federal Medicaid funding. This does incentivize states, to some extent, to process eligibility redeterminations quickly.

How many people will lose Medicaid coverage when the public health emergency ends?

An Urban Institute analysis published in September 2021 projected that up to 15 million people could lose Medicaid coverage in 2022. And that was based on an assumption that the PHE would continue only through the end of 2021.

We now know that it will continue through at least early 2023, and each additional month adds to the backlog of renewals and eligibility redeterminations that have been growing since March 2020.

What are your coverage options if you lose your Medicaid?

If you’re still eligible for Medicaid under your state’s rules, you’ll be able to keep your coverage. You may have to submit documentation to the state to prove your ongoing eligibility, so pay close attention to any requests for information that you receive.

Many states have continued to send out these renewal notifications and information requests throughout the pandemic. They could not disenroll people who didn’t respond or whose data indicated that they were no longer eligible, but they will be able to start terminating coverage for those individuals once the PHE ends. But if you’ve recently submitted renewal information to your state and it’s clear that you’re still eligible, your coverage will continue as usual until your next renewal period.

Can you appeal your state's decision to disenroll you from Medicaid?

If your state notifies you that you’re no longer eligible for Medicaid and you believe that you are still eligible, you can appeal the state’s decision. (Be prepared to provide proof of your ongoing eligibility under your state’s Medicaid rules.)

What are your options if you're no longer eligible for Medicaid?

What if your income has increased to a level that’s no longer Medicaid-eligible? Or maybe your circumstances have changed — perhaps your income is the same but you have fewer people in your household and your income now puts you at a higher percentage of the poverty level. There are millions of people who became eligible for Medicaid at some point since March 2020, and are still enrolled in Medicaid even though they would not be determined eligible if they were to apply today.

For those individuals, there will generally be two primary options for post-Medicaid coverage: An employer-sponsored plan, or a plan obtained in the health insurance exchange/marketplace. According to the Urban Institute’s analysis, about a third of the people losing Medicaid will be eligible for premium tax credits (subsidies) in the marketplace, while about two-thirds will be eligible for employer-sponsored coverage that meets the ACA’s definition of affordable (note that some of those people might not have access to coverage that’s actually affordable, due to the family glitch, although the Biden administration is working on a partial fix for the family glitch that’s expected to be in place by 2023).

States can take action to minimize the number of people who become uninsured due to Medicaid eligibility redeterminations after the PHE. For example, California is planning to automatically enroll people who lose Medicaid eligibility into the lowest-cost Silver marketplace plan in their area (although they would still have the normal 60-day window to select a different plan).

What should you do if you currently have Medicaid coverage?

If you’re currently enrolled in Medicaid, it’s a good idea to familiarize yourself with your state’s eligibility rules, and figure out whether you’d be eligible if you were to apply today, with your current circumstances and income.

If the answer is yes, be sure you pay close attention to any requests for additional information from your state’s Medicaid office, as they may need that in order to keep your coverage in force.

But if the answer is no, be prepared for a coverage termination notice at some point after the PHE ends.

Here’s what you need to keep in mind for that:

The main point to keep in mind is that the opportunity to transition to new coverage, from an employer or through the marketplace, is time-limited. If you miss your special enrollment period, you’ll have to wait until the next annual open enrollment period to sign up for coverage (in the individual market, that starts November 1; employers set their own enrollment windows).

There is a new special enrollment period that allows people with household income up to 150% of the poverty level to enroll in coverage year-round, for as long as the enhanced subsidies remain in place (so at least through the end of 2025, and possibly longer if Congress grants another extension).

But even if you’re eligible for this ongoing special enrollment period, it’s still in your best interest to submit an application as soon as possible if you find out that you’ll be losing your Medicaid coverage. Free or nearly free coverage will be available in the marketplace for people eligible for this special enrollment period (this is a result of the American Rescue Plan’s subsidy enhancements). And since coverage cannot be backdated, it’s essential to ensure that you’re covered before any medical needs arise.

So the best course of action is to simply enroll in a marketplace plan as soon as you know that your Medicaid coverage will be terminated (assuming you don’t have access to an employer-sponsored plan), in order to avoid any gap in coverage. This is true regardless of whether you’ll qualify for the new low-income special enrollment period, since you’ll have a normal loss-of-coverage special enrollment period when your Medicaid ends, and you can take advantage of it right away.

The impending termination of the PHE and return to business-as-usual for Medicaid can be a nerve-wracking prospect for some enrollees. Many people who enrolled in Medicaid since early 2020 have never experienced the regular eligibility redeterminations and renewal processes that have long been a part of Medicaid, and those will resume once the PHE ends.

The primary things to keep in mind: Your Medicaid coverage will continue if you continue to meet the eligibility guidelines and submit any necessary documentation as soon as it’s requested by the state. And if you’re no longer eligible for Medicaid, you’re almost certainly eligible for an employer-sponsored plan or a subsidized plan in the marketplace. Don’t panic, but also don’t delay, as your opportunity to enroll in new coverage will likely be time-limited.