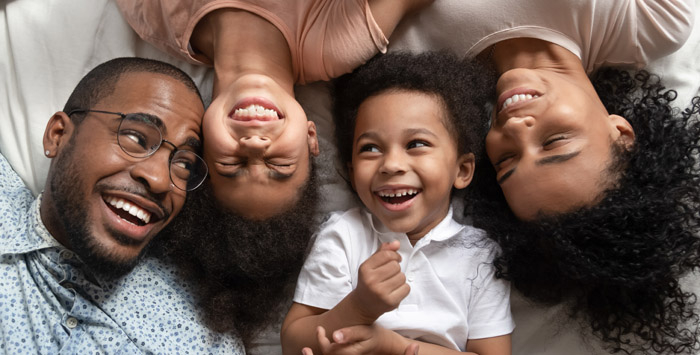 Will the family glitch fix help my family?

A long-awaited rule change will eliminate the family glitch starting in 2023. But how many families will the fix help when it takes effect?

Home > FAQs > Will the family glitch fix help my family?

Q: Will fixing the family glitch help my family?

A: Maybe, but maybe not. As with most aspects of health insurance and health care reform, it’s complicated.

What is the family glitch?

As a result of the “family glitch,” people applying for coverage in the exchange/marketplace are ineligible for premium subsidies if they have access to employer-sponsored health insurance that’s considered affordable and that provides minimum value.

Under the solution that the IRS has proposed, the White House projected that almost one million people will see their health coverage become more affordable, and 200,000 uninsured people will obtain coverage. But according to a KFF analysis, there are more than 5 million Americans who fall through the cracks of the ACA’s affordability provisions as a result of the family glitch. Clearly, they are not all going to have more affordable coverage once the new rules are finalized. But this is certainly a step in the right direction.

The proposed rule change would make premium subsidies newly available to some of the people who are currently affected by the family glitch. Employees who are offered affordable health coverage would still be ineligible for premium subsidies in the marketplace. But if the employer-sponsored coverage offer for their families is not considered affordable, the family members would potentially be eligible for marketplace subsidies. If you want to learn more about the proposed rule change, we have a detailed explanation here.

However, the proposed rule would not change anything about the employer mandate rules (which require large employers to offer affordable coverage to full-time employees, but without any affordability requirements for family members). And it would not change anything about the way premium tax credits are calculated when some family members are covered by a marketplace plan while others are covered by an employer-sponsored plan.

Who will the family glitch fix help?

Let’s look at a couple of examples to illustrate a situation in which the family glitch fix will help and another in which it won’t.

Tanya and Renee are both 45, and they have two sons who are 8 and 6. Their household income is $55,000. For 2022 health coverage, that puts them at 208% percent of the poverty level, which would allow them a robust marketplace subsidy if they didn’t have an offer of coverage from an employer.

Tanya’s employer offers health coverage, but Renee’s does not. For Tanya to enroll just herself in her employer’s health plan, the monthly payroll deduction is $245. That’s a little over 5% of their household income, so Tanya’s coverage offer is considered affordable. (In 2022, the affordability limit is 9.61% of household income; in 2023, it will be 9.12% of household income.)

Under current rules, that means nobody in the household qualifies for premium subsidies if they were to buy a marketplace plan instead of taking the employer-sponsored coverage. Unfortunately, the cost to add Renee and the boys to Tanya’s insurance is $1,100/month. So covering the whole family on Tanya’s insurance will run them $1,345/month, or 29% of their household income.

But the family lives in Iowa, where CHIP is available to kids in households with income up to 307% of the poverty level. So their sons can have coverage for a total of no more than $40/month (waived during the COVID emergency period). But if Tanya adds just Renee to her employer-sponsored plan, the additional payroll deduction will be $600/month. That puts the total premium for Tanya and Renee at $845/month, which is still more than 18% of their household income.

Under current rules, Renee can either enroll in Tanya’s plan – with nearly 20% of their household income going to health insurance premiums – or she can pay full price for a health plan in the marketplace. (In their area, these plans range from $372/month to $621/month.) Renee is squarely caught by the family glitch.

If the new IRS rules were already in effect, Tanya would be able to qualify for a premium subsidy of $377 per month. This would make her marketplace plan options range in price from $0/month to $244/month. Even if she selects the most expensive option, the total cost for Tanya’s employer-sponsored plan and Renee’s marketplace plan would still be under $500/month. (Note that the subsidies are larger than they used to be, as a result of the American Rescue Plan. The Inflation Reduction Act extends the enhanced subsidies through 2025.)

Now let’s consider Daunte and Natasha. They are both 30 years old, have no children, and live in Cleveland, Ohio. Daunte’s employer offers him coverage for $200/month. But adding Natasha will push the total monthly cost to $900.

Natasha is self-employed, so she doesn’t have an option for employer-sponsored coverage of her own. Their total household income is $60,000, so enrolling both of them in Daunte’s employer’s plan will cost 18% of their income.

They have an option to have Natasha enroll in a plan through the marketplace, with plans that range in price from $247/month to $586/month.

But even with the family glitch fix, Natasha will not qualify for premium subsidies in the marketplace. That’s because the second-lowest-cost Silver plan (on which subsidies are based) has a full-price cost of $288/month. That’s about 5.8% of their household income, which means that no subsidy is available. (Their income is above 300% of the poverty level, so that price is considered affordable without a subsidy; here’s more about how that works.)

Again, it’s important to remember that subsidy amounts are based on how the total marketplace premiums compare with the total household income. That’s true even if some members of the household are enrolled in non-marketplace coverage.

If Natasha enrolls in the second-lowest-cost Silver plan, their total monthly premiums will be $488. That comes to about 10% of their household income. That’s probably still realistic for them, but it’s higher than the percentage of income they would pay if Daunte didn’t have an offer of employer-sponsored coverage and they were both enrolling in the marketplace plan.

(If Daunte’s employer didn’t offer coverage, they would be expected to pay 7.1% of their household income for marketplace coverage. A household income of $60,000 is 344% of the poverty level for 2022 coverage. Here’s how their premium subsidy would be calculated. They would qualify for a total subsidy of $221/month, and the second-lowest-cost Silver plan would cost $355/month for the two of them together.)

So although Natasha would potentially be eligible for premium subsidies under the newly proposed IRS rule (because family coverage under Daunte’s employer’s plan would not be considered affordable), she would not actually end up being eligible for any subsidies. Daunte and Natasha’s situation would be the same with or without the family glitch fix. It’s worth noting, however, that if Natasha were 60 instead of 30, she would be newly eligible for subsidies once the family glitch is fixed. Here’s an example that illustrates that.

These are just two examples. There are as many unique combinations of circumstances as there are people enrolled in marketplace plans. Premium subsidy eligibility and amounts – even without the family glitch – depend on location, age, income, and family size.

In the newly proposed rules, the IRS noted that for a variety of reasons, “take-up of Exchange coverage may be modest for eligible families.” Some families, like Tanya and Renee, might find that the family glitch fix puts affordable coverage within reach, and will likely enroll at least some members of the household in marketplace coverage with newly available financial assistance. Others, like Daunte and Natasha, might find that their marketplace subsidy eligibility doesn’t change.

And others might be newly eligible for marketplace subsidies but might decide to keep a higher-priced employer-sponsored family plan anyway. This could be due to better benefits, a more robust provider network, or more plan flexibility (for example, a PPO versus HMOs in the marketplace; this varies from one area to another).

If you have an offer of employer-sponsored coverage that feels unaffordable for your family, you’re probably somewhat familiar with the family glitch. The good news is that the glitch is likely going away after the end of 2022. But you’ll have to check the specific details for your family to see how that will affect you.

Open enrollment for 2023 coverage begins in November, and it’s not too soon to start thinking about your health insurance options for next year. If you’re getting quotes now, understand that the prices and plans will change for 2023. But thanks to the Inflation Reduction Act, overall affordability for marketplace covearge will remain roughly the same as it was in 2022, and the family glitch fix will make some families newly eligible for marketplace subsidies.

You can ask your employer for a breakdown of the premium costs for the employee and family members, and start to get an idea of whether the family glitch fix might open up newly affordable options for your family. 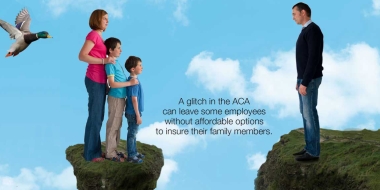 The ACA’s ‘family glitch’ leaves millions without affordable coverage, but Biden administration has proposed a fix

Somewhere between two million and six million people are impacted by the family glitch. They are ineligible for premium subsidies in the marketplace, because they have access to an employer-sponsored ...
0 0 votes
Article Rating
Subscribe
3 Comments
Oldest
Newest Most Voted
Inline Feedbacks
View all comments

Anything has to be better than the unaffordable insurance for Texas teacher’s spouses that I have been dealing with.

Amazing explanation – thank you ! I have a job offer with affordable employee health coverage but outrageous family premiums . Can I count on the family glitch being fixed in January 2023 so that we can afford insurance? Would I need to wait until Jan 1 (and before Jan 15) to enroll on Marketplace ? This might be a deal breaker for me accepting the new job if not .

We’re expecting the IRS to finalize the family glitch fix before the start of open enrollment, so sometime this month. That would give families an opportunity to use this open enrollment period to sort out their health coverage options. Stay tuned – we’ll update this page once the final rules are issued, and clarify whether there are any changes between the proposed and final rules.