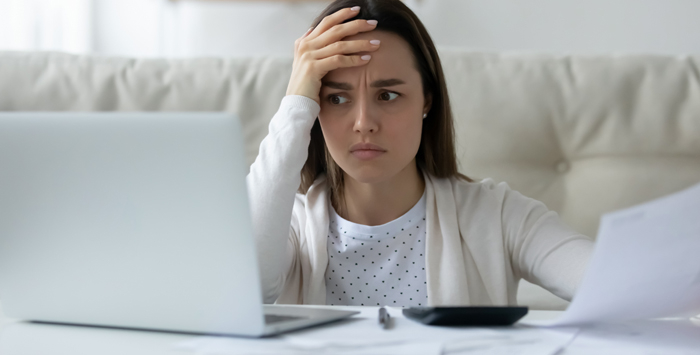 During the open enrollment period for 2022 health coverage, more than 14.5 million Americans enrolled in private health plans through the health insurance marketplaces nationwide. That was a record high, and a 21% increase over the number of people who enrolled the previous year.

The open enrollment period for 2022 was a month longer in most states, and the federal government spent significantly more money on outreach and enrollment assistance. But the primary factor driving the enrollment growth was affordability. Thanks to the American Rescue Plan (ARP) – which took effect last spring – self-purchased coverage is a lot more affordable for most people than it used to be.

Unfortunately, the improved affordability is currently set to expire at the end of 2022. Unless Congress takes action to extend the subsidy enhancements made by the ARP, the subsidy structure will revert to the basic Affordable Care Act subsidies as of January 1, 2023.

Health insurance would again become unaffordable for many

Although the Congressional Budget Office projected last year that the enhanced subsidies would increase marketplace enrollment by 1.7 million Americans in 2022, enrollment actually grew by 2.5 million people. Again, some of that was due to the longer open enrollment window and the additional federal funding for enrollment assistance and outreach. But the improved affordability of marketplace coverage is the primary reason for the enrollment growth.

If the ARP subsidy enhancements are not extended, nearly everyone with marketplace coverage will have to pay higher premiums next year. And the 2.5 million additional enrollees who signed up this year may no longer be able to afford their coverage in 2023.

The subsidy cliff would return, as subsidies would no longer be available to households that earn more than 400% of the federal poverty level. As we’ve explained here, some Americans with household income a little over 400% of the poverty level had to pay a quarter – or even half – of their annual income for health insurance before the ARP’s subsidy structure was implemented.

That’s untenable, obviously. (Before the ARP, people in that situation often went uninsured or relied on less expensive options that are not comprehensive coverage – such as a health care sharing ministry plan or short-term health insurance.)

If the ARP’s subsidy enhancements expire, coverage will also become less affordable for people with income below 400% of the poverty level. Although most of them will continue to be subsidy-eligible, their subsidy amounts will drop, leaving them with higher net premiums each month. This chart shows some examples of how the ARP increased subsidies; those subsidy boosts will disappear at the end of this year unless Congress passes legislation to extend them.

HHS: ARP is saving consumers $59 a month on premiums

Across the 10.3 million people who enrolled through the federally run exchange (HealthCare.gov, which is currently used in 33 states), the average net premium this year is $111/month. HHS noted that without the ARP’s subsidy enhancements, the average net premium would be $170/month, so the ARP is saving the average enrollee $59 per month in 2022. At ACA Signups, Charles Gaba has some alarming graphs showing just how much more people will be paying for their health insurance if the subsidy enhancements aren’t extended.

And across all 14.5 million exchange enrollees this year, 66% are enrolled in Silver or Gold plans, versus 63% in early 2021 (prior to the ARP). Some of the people who were previously enrolled in Bronze plans have shifted to more-robust Silver and Gold plans this year.

Although those percentages are still in the same ballpark, we also have to remember that enrollment is considerably higher this year. The result is that 2 million additional people have coverage under robust Silver and Gold plans this year (9.6 million, versus 7.6 million last year). This is a direct result of the additional affordability created by the ARP’s subsidy enhancements. People generally prefer the most robust coverage that they can realistically afford, and the ARP made it easier to afford better coverage.

It’s particularly important to point out that the ARP subsidies allow people with income up to 150% of the poverty level to enroll in the benchmark Silver plan for free (for 2022 coverage, 150% of the poverty level is $19,320 in annual income; for a family of four, it’s $39,750). For these enrollees, robust cost-sharing reductions make these Silver plans better than a Platinum plan, with very low out-of-pocket costs. Prior to the ARP, people in this income range had to pay premiums of up to about 4% of their income for the benchmark plan. And without the ARP’s subsidy enhancements, many of these people would be unable to afford the coverage they have this year.

If Congress doesn’t take action to extend the ARP’s subsidies, all of these gains will be lost. Millions of people will lose their coverage or be forced to shift to less robust coverage, because their current coverage will no longer be affordable in 2023.

It’s also worth noting that the new special enrollment period for people with income up to 150% of the poverty level would expire at the end of 2022 if the ARP’s subsidies are not extended. When HHS created this special enrollment period, they clarified that it will only remain in effect as long as people in that income range can enroll in the benchmark plan without paying any premiums.

Without the ARP’s subsidy enhancements, that would no longer be the case.

Last fall, the U.S. House of Representatives passed the Build Back Better Act, which called for a temporary extension of the ARP’s subsidy enhancements. Under that legislation, the larger and more widely available subsidies would have continued to be in place through 2025 (instead of just through 2022), and the legislation also called for a one-year extension of the ARP’s subsidy enhancements for people receiving unemployment compensation.

How will the ARP subsidy extension uncertainty affect 2023 premiums?

Technically, Congress could take action to preserve the current subsidy structure at any time between now and the end of 2022 (or even in 2023, with subsidy enhancements retroactive to the start of 2023, as was the case with ARP subsidy enhancements in 2021). But health insurers are already starting to sort out the details for 2023 plan designs and pricing, and subsidy structure plays a large role in that process.

If the ARP’s subsidies remain in place for 2023, enrollment will continue to be higher than it would otherwise be, and healthy people — who might otherwise forego coverage if it was less affordable — will stay in the insurance pool. Health insurance actuaries take all of this into consideration when determining whether to remain in (or enter) various markets, what plans to offer, and how much they have to charge in premiums in order to cover their costs.

Since the extension of the ARP’s subsidy enhancements is still up in the air, states and insurers will have to be flexible in terms of how they handle this issue over the coming weeks and months. The ARP was enacted on March 11 last year, so insurers knew by then what the subsidy parameters would look like for 2022. But we’re already a few weeks past that point this year, and there is no such clarity for 2023.

States can have insurers file two sets of rates for 2023, or file a single set of rates that explain whether they’re assuming the ARP subsidies will expire or be extended (Missouri is an example of a state taking this approach). Some states will tell insurers to simply base their rate filings on the current situation — ie, that the ARP subsidies will not exist in 2023 — and deal with potential revisions later on (Virginia is an example of a state that has instructed insurers to file rates based on the assumption that the ARP subsidies will expire at the end of 2023; this was clarified in a recent teleconference hosted by the Virginia Bureau of Insurance).

States and insurers have previously demonstrated the ability to turn on a dime, as we saw with the rate revisions that were implemented in many states in October 2017, after federal funding for cost-sharing reductions was eliminated at the eleventh hour. So if the ARP subsidies are extended mid-way through the rate filing/review process, insurers will be able to revise their rates accordingly, even at the last minute.

The sooner ARP’s subsidy structure is extended, the better

But for everyone involved, this process will be smoother if legislation to extend the ARP subsidies is enacted sooner rather than later. This would help consumers — particularly those with income a little over 400% of the poverty level — plan ahead for next year. It would help insurers nail down their rate proposals and coverage areas. And it would make the rate review process simpler for state insurance departments.

If you buy your own health insurance, you can reach out to your members of Congress about this, asking them to extend the subsidy enhancements that have likely made your coverage more affordable than it used to be.