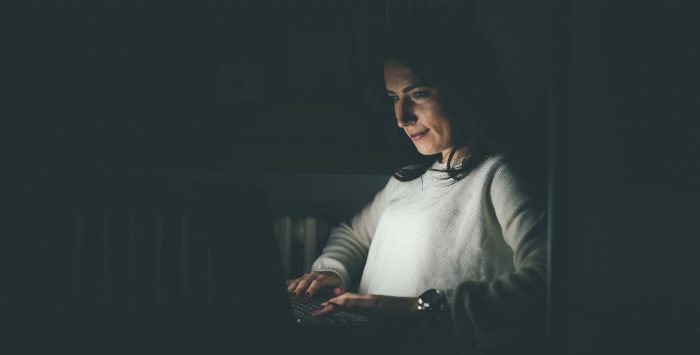 How about an extra month of ACA open enrollment? That could happen as early as the upcoming open period for 2022 coverage. | Image: Eugenio Marongiu / stock.adobe.com

Each year, HHS issues a set of rules and guidelines that apply to the health insurance exchanges created by the Affordable Care Act, and to the health plans that are sold in the individual/family market. The rule-making process includes a proposed rule, a public comment period, and then a final rule. This is normally a fairly straightforward process, but it’s been more complicated for the upcoming 2022 plan year.

In late June, the Biden administration published the new proposed rules, and opened a new public comment period that continued through July 28. A total of 341 comments were submitted, and are under review by HHS.

Some of the new proposals are direct reversals of the rule changes that the Trump administration had made. Others are new ideas that are designed to help more people gain access to affordable health insurance. For various provisions, HHS notes that there are pros and cons to the proposals they’re making, and are seeking public feedback before any rules are finalized.

As is always the case, some of the proposed rules are more “behind the scenes” and wouldn’t be particularly noticeable to consumers. But there are some that would directly affect consumers, mostly by making it easier to enroll in health coverage.

How about an extra month of open enrollment?

For the last several years, the standard open enrollment period has been set at November 1 – December 15. This is the schedule that’s used by HealthCare.gov (the exchange/marketplace in 36 states), although Washington, DC and 14 states run their own exchange platforms and most of them tend to extend open enrollment.

HHS has now proposed adding an extra month to open enrollment, so that it would continue through January 15 instead of ending in mid-December. If finalized, this rule change would take effect for the upcoming open enrollment period that starts in November, for coverage effective in 2022.

HHS clarifies that the intent here is to give people more time to enroll, and give enrollment assisters more time to help everyone who needs it. They also point out that some people don’t realize how much their premiums might change from one year to the next, and are caught off guard when they get their invoice in January. By that point, however, it’s normally too late to change plans, and people might end up dropping their coverage altogether if it’s become too expensive. By giving people until January 15 to enroll, there’s time for a “do-over” if a policy was allowed to auto-renew and then ended up being more expensive than expected.

On the other hand, HHS notes that when enrollment ends in mid-December, everyone has full-year coverage, with policies that take effect in January. If enrollment is extended until mid-January, some enrollees will have coverage that takes effect in February instead. Most of the state-run exchanges already offer this, but it would take additional outreach and communication to ensure that consumers are aware that they would still need to enroll by mid-December in order to have coverage in effect as of January 1.

Year-round enrollment for people with income up to 150% FPL

HHS has proposed an ongoing enrollment opportunity for applicants with household income that doesn’t exceed 150% of the federal poverty level. If finalized, this would allow eligible applicants to enroll in coverage at any time of the year. (Under current rules, enrollment outside of the normal open enrollment period requires a special enrollment period, triggered by a qualifying life event).

This enrollment opportunity would be offered through the federally run exchange (HealthCare.gov), and state-run exchanges would have the option to offer it. HHS has clarified that it’s uncertain whether this could be added as an option for the 2022 plan year. It might need to be delayed until 2023 to give health plan actuaries adequate time to prepare for this change.

The American Rescue Plan, enacted earlier this year, has enhanced the ACA’s premium tax credits (premium subsidies) for 2021 and 2022, providing more financial help for people who buy their own health insurance. As a result, households with income up to 150% of the federal poverty level are eligible for subsidies that fully cover the cost of the benchmark plan.

That means they can select either of the two lowest-cost Silver plans and have no monthly premium. (They will also tend to have access to a variety of premium-free Bronze plans, and possibly some premium-free Gold plans. But Silver plans are generally the best option for people in this income range, due to the robust cost-sharing reductions that come with Silver plans.)

HHS notes that the enhanced premium subsidies would help to prevent adverse selection, since most applicants with household income up to 150% of FPL would be able to enroll in Silver plans — with strong cost-sharing reductions — without premiums. This means that they would be unlikely to drop their coverage after receiving medical care, as they would not have to pay anything to keep the coverage in force. (This would be applicable for 2022, assuming the year-round enrollment option could be added for 2022. For 2023 and future years, the availability of zero-premium Silver plans will depend on whether Congress extends the American Rescue Plan’s subsidy enhancements.)

However, HHS does note that some enrollees with income up to 150% of FPL do have to pay at least minimal premiums for the benchmark plan. This includes people in states where additional services beyond essential health benefits are required to be covered (and thus the premium subsidy doesn’t cover the entire cost of the benchmark plan) as well as applicants who are subject to a tobacco surcharge.

And it’s also possible for a person earning up to 150% of FPL to purchase a Silver plan that’s more expensive than the benchmark plan, and thus have a monthly premium even after the subsidy is applied.

It’s possible that there could be some adverse selection among these populations, with enrollees potentially dropping their coverage or shifting to a lower-cost plan after their medical needs are resolved. HHS is seeking public comments about how to best approach this.

It’s worth noting that Medicaid and CHIP enrollment is already available year-round, as is Basic Health Program enrollment in the two states where it’s available. In most states, Medicaid is available to adults under age 65 with household income up to 138% of the poverty level. The income caps are higher for children to qualify for Medicaid, and CHIP is available to children (and in some cases, pregnant women) in many middle-class households.

So a family with low or modest income can obtain coverage year-round in most states — for the children, and possibly the adults. This is true even though many CHIP programs — and some Medicaid programs — charge premiums. Extending open enrollment to run year-round for subsidy-eligible applicants with household income up to 150% of the poverty level would essentially just be an expansion of the enrollment eligibility rules that already exist for lower-income households.

Including the ACA’s expansion of Medicaid, health insurance exchanges, and Basic Health Programs, ACA enrollment now encompasses about 10% of all Americans. But there are still millions of Americans — most of whom have fairly low incomes — who are uninsured and possibly unaware of the financial assistance that’s available to them. HHS is working to make coverage as accessible as possible to this population, and the proposed year-round enrollment window is part of that approach.

Standardized plans return to HealthCare.gov for 2023

The Trump administration finalized a rule change in 2018 that eliminated Simple Choice plans starting with the 2019 plan year. So HHS did not create standardized plan designs for the last few years.

The 2018 rule change that eliminated standardized plan designs on HealthCare.gov was vacated by a court ruling earlier this year, as were three other provisions of the 2018 rule. So HHS is starting the process of once again creating standardized plans and gathering public feedback on how to best proceed.

And earlier this month, President Biden issued a wide-ranging executive order aimed at promoting competition in the U.S. economy. One of its provisions calls for HHS to “implement standardized options in the national Health Insurance Marketplace and any other appropriate mechanisms to improve competition and consumer choice.”

When standardized plans were previously available in the federally run exchange, it was optional for insurers to offer them and insurers were also free to offer a variety of non-standardized plans. The specifics of their reintroduction are unclear at this point, but the proposed rules seem to indicate that the plans, which are expected to be available for the 2023 plan year, will continue to be optional for insurers.

Some of the other proposed rule changes are designed to protect consumers, although their implementation might not be obvious.

Over the last few years, HHS had implemented several regulatory changes that would have eroded various consumer protections or created confusion in the marketplace. But these rules have either been blocked by the courts or had little in the way of interest from states. And now HHS has proposed a reversal of some of them:

The final version of the new rules is expected to be published within the next several weeks. We won’t know the status of these proposed rule changes until then, but the proposed changes we’ve discussed here are fairly likely to be finalized, albeit with possible modifications based on public comments that HHS received.