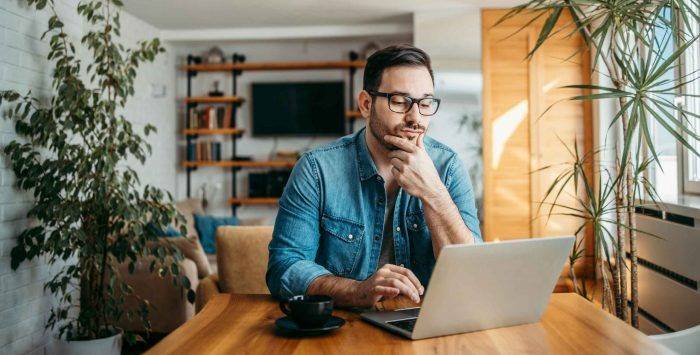 If you have a health plan in the individual market, you can probably just let it auto-renew for the coming year without doing anything during open enrollment. But this is generally not in your best interest. | Image: bnenin/stock.adobe.com

If you have a health insurance plan in the individual market, on-exchange or off-exchange, you can probably just let it renew for the coming year without doing anything during open enrollment. But this is generally not in your best interest. It’s much better to actively compare the available plans during open enrollment (November 1 to January 15 in most states).

You might decide to renew your existing coverage, or you might end up switching to a different plan. But one of the reasons the ACA’s health insurance exchanges were created was to foster a sense of competition and choice, and to encourage Americans to comparison shop for their health coverage. You can’t do that if you passively let your current coverage auto-renew.

When does auto-renewal of a health plan happen?

HealthCare.gov and the state-run exchanges generally process auto-renewals on or around December 16. In most states, the deadline to pick a new plan with a January 1 effective date is December 15, so the auto-renewals are processed soon after that, for people who haven’t actively selected their own plan for the coming year.

For the last several years, open enrollment has ended on December 15 in most states, meaning that in most parts of the country, people couldn’t make a different plan selection after their existing coverage was auto-renewed, unless they had a qualifying event that triggered a special enrollment period.

But starting with the open enrollment period for 2022 coverage (which begins November 1, 2021), the enrollment window in most states has been extended through January 15. HHS noted that this was partly to ensure that people whose coverage is auto-renewed would still have a chance to pick a different plan if the auto-renewed plan’s benefits or pricing were to catch a person off-guard at the start of the new year. This could happen, for instance, if a person doesn’t closely read the notices they get from the marketplace and/or their insurer in the fall, leading up to open enrollment.

Some state-run exchanges (ie, states that don’t use HealthCare.gov) might still choose to keep their enrollment deadline at December 15, and HHS has given them the option to do this. But in most of the country, changes can still be made until January 15. It’s important to understand, however, that plan changes made after December 15, in nearly all states, will take effect February 1, rather than January 1. So if a plan auto-renews and then you select a new plan in the latter half of December, you’ll have your auto-renewed coverage for January, and then your new plan would take effect in February. So it’s still important to pay attention to the information that the exchange and your insurer send you in the fall, and make whatever changes you want to make by December 15.

New Mexico, Maine, and Kentucky plan to transition away from HealthCare.gov in the fall of 2021, and use their own new enrollment platforms instead. Residents in those states need to pay close attention to notifications they receive from the marketplace with instructions on how to renew coverage or select a new plan for 2022.

In the extensive rule-making process for 2022, HHS did not make any changes to the auto-renewal process, although it’s noteworthy that the normal provision to terminate premium subsidies if federal data show an income above 500% of the poverty level does not appear to be in effect for 2022 (discussed in more detail below). This makes sense, given that the American Rescue Plan has eliminated the income cap for subsidy eligibility for 2021 and 2022.


If I expect my subsidy to change, should I auto-renew my plan?

But the American Rescue Plan has greatly increased premium subsidies in 2021 (with the changes taking effect mid-year) and those increased subsidies will continue to be available for 2022. For most enrollees, however, these higher subsidies have already been incorporated into 2021 premiums, so only the normal subsidy fluctuations will apply for 2022. Overall rates are fairly stable again for 2022, with modest increases in most areas and quite a few decreases mixed in as well.

If the amount of your subsidy is dropping and your own plan’s premium is either increasing or dropping by a smaller amount than the reduction in the benchmark premium, your after-subsidy premium could increase. This can be especially true in areas where there are large reductions in average rates (here’s an example of how this worked in Colorado in 2020).

For 2022, there are also insurers joining the exchange markets in many areas of the country, and that can sometimes lead to a reduction in premium subsidies, if the new insurer undercuts the premiums of the existing insurers. The introduction of new insurers into your market is also a perfect opportunity to see if any of the new insurer’s plans might be a better fit for you than the plan you currently have – but you won’t know unless you actively compare the available options during open enrollment.

There can be significant changes in the benchmark premiums in a given area, even if the overall rate changes in the area are modest. And sometimes the benchmark premium decreases despite the fact that overall average rates increase. If that happens, premium subsidies decrease – since they’re based on the cost of the benchmark plan – and after-subsidy premiums increase. So even if your plan’s rates don’t end up increasing significantly, your after-subsidy premium could still increase significantly if the premium subsidy in your area goes down.

It’s also important to note that if your plan is being discontinued and you don’t select your own plan during open enrollment, auto-renewal will involve the exchange or your insurer enrolling you in the plan that’s most similar to the plan you already had. In some cases, this may be the plan you would have picked anyway, but actively selecting your own plan during open enrollment means that you get to choose your plan, rather than letting someone else choose it for you.

Auto-renewal might result in a loss of your premium subsidy

Although auto-renewal is available to nearly all exchange enrollees, there are some caveats that are particularly important for people with premium subsidies. Details were clarified in April 2015 with CMS guidance on re-enrollments, along with a re-enrollment notice published in August 2015, and the 2017 Benefit and Payment Parameters published in early 2016. But note that there have been some COVID-related changes as we head into the open enrollment period for 2022 coverage:

If you’re in a situation in which your subsidy might not be available for the coming year (including people who received unemployment compensation in 2021 and will no longer be eligible for the unemployment-related subsidies in 2022), you’ll receive a notice from the exchange regarding your renewal. If that happens, it’s vitally important that you communicate with the exchange to make sure that your information is updated and accurate.


If I have an off-exchange plan or pre-ACA plan, should I let it auto-renew?

If you have an ACA-compliant plan that you purchased outside the exchange, it’s worth checking again during open enrollment to see whether you’d be better off with a plan through the exchange for 2022, or with a different off-exchange plan.

This is especially true for 2022, since the American Rescue Plan has greatly enhanced the premium subsidies that are available, and extended subsidy eligibility to more people. If the last time you shopped for coverage was during the open enrollment period for 2021 plans, you may not be aware of the additional subsidies that are now available.

The vast majority of buyers now qualify for subsidies, which can only be used with on-exchange plans. So it’s particularly important that you comparison shop in the exchange during the open enrollment period in the fall of 2021, before deciding to renew your off-exchange plan.

If you do decide to keep your off-exchange plan, keep in mind that some off-exchange plans’ premiums include the added cost to cover cost-sharing reductions (if they’re also sold on the exchange, and this mostly applies to silver plans) So you’ll want to pay close attention to make sure you select the plan that represents the best value for 2022. In some cases, you might find that bronze or gold plans provide a better value, if you’re in a state where the cost of CSR is added to silver plan rates both on- and off-exchange.

Premium subsidies (premium tax credits) are crucial for keeping coverage affordable for millions of people, but they’re only available if you buy your coverage in the exchange. You can have the tax credit applied to your premium to reduce the amount you pay each month, or you can pay full price and claim the whole tax credit on your tax return. But either way, you can only get the tax credit if you have on-exchange coverage. So for people with off-exchange coverage, open enrollment is a great time to reconsider whether you’d be better off with a plan through the exchange.

If your plan is grandmothered (purchased after the ACA was signed into law but before the bulk of the ACA’s provisions took effect in January 2014), it may be eligible for auto-renewal or it may not, depending on where you live and what health insurance carrier you have. The same is true of grandfathered plans, which can continue to renew indefinitely, but with renewal at the discretion of the insurer.

If you’ve kept a grandmothered or grandfathered plan for all these years, it’s more important than ever to compare your on-exchange options during the open enrollment period for 2022 coverage. Again, the subsidies are much larger and more widely available than they used to be. So even if you checked within the last few years and found that keeping your existing plan was the best option, that might not be true anymore. You might find that you’re eligible for subsidies in 2022 — even if you weren’t in the past — but you’ll have to switch to an on-exchange health plan in order to claim the subsidy.