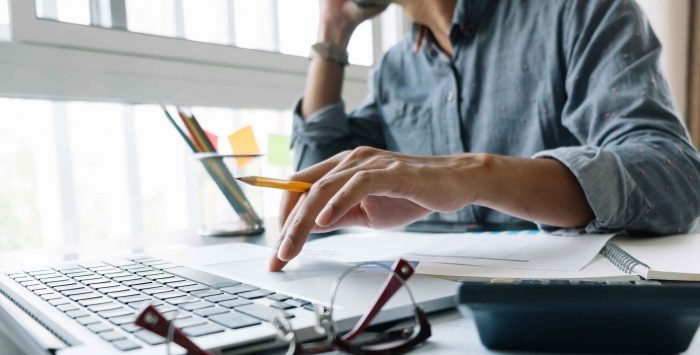 You can switch between Medicaid and a subsidized plan if your income fluctuates – as long as you're in a state that has expanded Medicaid.

Q. I’m self-employed, so my income varies from one year to the next. I enrolled through the exchange and projected an income that makes me eligible for premium subsidies, but what if my income actually ends up being low enough that I would have been eligible for Medicaid instead? Will I have to pay back those subsidies? What if I don’t take monthly subsidies and use my savings to pay premiums, hoping my income will increase? What’s the best strategy for me right now?

A. Income volatility and its impact on subsidy eligibility have been addressed by various provisions of the ACA and IRS regulations. But as of 2021, the rules have become more consumer-friendly for people who would otherwise be caught in the “coverage gap” in states that have not expanded Medicaid.

Starting with 2019 coverage, if an applicant in a state using the HealthCare.gov exchange attested to having an income that would have made them subsidy-eligible, and the electronic data the government already has on hand (eg, tax returns, Social Security data, etc.) indicated that the person’s income was likely below the poverty level (and thus not subsidy-eligible), the exchange would request additional documentation from the applicant to verify the attested income. (This is assuming the difference between the attested income and the government’s electronic data was more than a “reasonable threshold,” which had to be at least a 10% difference.)

If the applicant couldn’t provide documentation to support the attested income, the exchange would make a subsidy eligibility determination based on the income data that the government already had — in other words, the applicant would be found to be ineligible for premium subsidies and cost-sharing subsidies. This was detailed in the 2019 Benefit and Payment Parameters, finalized in April 2018.

But in March 2021, a court overturned four provisions that had been in the 2019 Notice of Benefit and Payment Parameters — including the rule that had required income verification when an applicant projected income above the poverty level but federal data indicated an income below the poverty level.

In May 2021, CMS published the final Notice of Benefit and Payment Parameters for 2022 (see page 24216), and clarified that they would no longer require income verification in these situations. They noted that it would take some time to integrate this new rule with the automated system, and that applicants may still get automatically-generated requests for income verification. But in that situation, they will manually notify those consumers that they can disregard the request for additional income verification documentation.

This is particularly important in the dozen states where a coverage gap exists due to the states’ failure to expand Medicaid eligibility. In those states, there is no financial help available for many applicants who project an income below the poverty level, since Medicaid isn’t available unless they’re eligible based on the state’s existing pre-ACA guidelines. But with the new rules in place, they can project an income just above the poverty level (HealthCare.gov is the exchange in all of the states where a coverage gap exists).

People whose income ends up being below 100% of the poverty level generally do not have to repay advance premium tax credits when they file their tax return. But as noted below, that only applies if the applicant provided information to the exchange in good faith, without “intentional or reckless disregard for the facts.”

Here are some additional tips to keep in mind when you’re enrolling:

Update the exchange when your circumstances change

It is essential to notify the exchange of any income fluctuations (or other changes that could impact subsidy eligibility, such as a change in family size) when circumstances change throughout the year. The exchange can recalculate your subsidy or Medicaid eligibility at that time, and make changes as necessary.

Enroll on-exchange if your income is uncertain

Enroll in Medicaid if you’re eligible. For people who aren’t eligible for Medicaid but who have uncertain incomes, it’s generally a good idea to enroll through the exchange during open enrollment. If you do, and your income ends up being in the subsidy-eligible range for the year, you can notify the exchange of your new income and start claiming premium tax credits at that point. And when you reconcile your premium tax credit on your tax return, you’ll be able to claim the tax credit for each month of the year, since you were enrolled in an exchange plan throughout the year.

Prior to 2020, there was no provision to allow people enrolled in plans outside of the exchange to switch to an on-exchange plan if their income changed mid-year and made them newly-eligible for premium tax credits, since an income change was only considered a qualifying event if the enrollee already had a plan in the exchange.

But that changed as of 2020, as off-exchange enrollees now have the option to switch to the exchange mid-year if their income changes to a subsidy-eligible level (note that this transition has been somewhat complicated, and enrollment assisters report difficulties with obtaining this special enrollment period in many states). In that case, however, the subsidies would only be available on a pro-rated basis for the months that the person ends up having on-exchange coverage, rather than for the entire year (regardless of income, subsidies cannot be used to offset premiums for plans purchased outside the exchange).

Some people who don’t qualify for premium subsidies prefer to shop outside the exchange because they want to purchase a silver plan and are able to get lower-priced silver plans outside the exchange. That continues to be true in many states, so this is a decision that enrollees have to make on a case-by-case basis.

You can switch between Medicaid and a subsidized plan if your income fluctuates, as long as you’re in a state that has expanded Medicaid. Medicaid enrollment is available year-round, and conversely, loss of Medicaid is a qualifying event that allows you to enroll in an exchange plan. Efforts have been made to minimize this “churning” in order to provide more stability for low-income insureds, but the estimate was that half of adults with incomes below 200% of the poverty level would switch between subsidized private insurance and Medicaid at least once a year due to income fluctuations.

Understand how premium subsidies are reconciled at tax time

Premium subsidies are available on “metal” plans if your household income is at least 100% federal poverty level (the limit is 139% in states that have expanded Medicaid). There is normally an income cap of 400% of the poverty level, above which subsidies are not available. But the American Rescue Plan has eliminated that upper income cap for 2021 and 2022. Subsidies are available for applicants with income over 400% of the poverty level if they would otherwise have to pay more than 8.5% of their income for the benchmark plan.

When you file your tax return, the correct subsidy amount is determined based on your actual income (as opposed to your projected income that was used when you enrolled). If your subsidy is overpaid throughout the year, you may have to pay back all or part of the subsidy, depending on your actual income for the year.

On the other hand, if your subsidy is underpaid throughout the year (ie, your income ends up lower than you projected, but still subsidy-eligible), you’ll be able to claim the rest of your premium tax credit when you file your tax return.

In other words, you cannot intentionally misrepresent your income as being over the poverty level and then avoid having to repay the subsidy that was paid on your behalf throughout the year. But it’s unclear how well that particular provision is able to be enforced. In implementing the (now defunct) 2019 rule that prevented a person from receiving a premium subsidy based on an attested income above the poverty level when government data show otherwise, HHS noted that “Particularly to the extent funds paid for APTC (for tax filers whose income ends up being under the poverty level) cannot be recouped through the tax reconciliation process, it is important to ensure these funds are not paid out inappropriately in the first instance.”

On the other hand, if you pay full price for a private plan – expecting your income to increase – and then your income ends up being below 100% (139% in states that have expanded Medicaid) of the poverty level, there is no tax credit available to assist you, even if you’re in a state that has expanded Medicaid. You have to enroll in Medicaid when you’re eligible – there’s no provision for switching to Medicaid retroactively and recouping premiums you paid for private coverage.

So make sure you’re enrolled in a “metal” exchange plan during open enrollment (with premium subsidies if your projected income at that point makes you eligible) – or Medicaid if you’re eligible – and then keep the exchange updated during the year if your circumstances change.