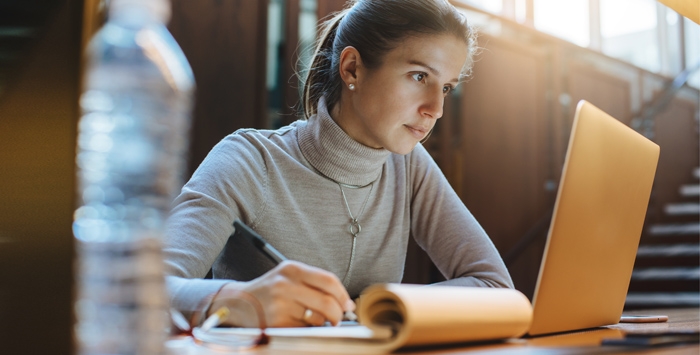 Open enrollment for 2023 ACA-compliant individual/family health coverage is underway – starting Nov. 1, 2022 and continuing through Jan. 15, 2023 in most states.

Millions of Americans will enroll or renew their coverage for 2023 during open enrollment. Some have been buying their own health insurance for years, while others are fairly new to the process. And some are currently uninsured or have been covered by plans that aren’t ACA-compliant – such asa  healthcare sharing ministry plan or short-term health insurance.

In general, this year’s open enrollment period will be fairly similar to last year’s, but with some changes that we’ll address in more detail below:

What are the open enrollment deadlines for 2023 plans?

By now, most people are accustomed to the fact that individual/family health coverage is no longer available for purchase year-round, and instead uses open enrollment and special enrollment periods, similar to those used for employer-sponsored plans. The same open enrollment schedules apply to plans purchased through the exchange/marketplace and to plans purchased from insurance companies through private channels (ie, “off-exchange”).

Open enrollment begins November 1, and in nearly every state, it will continue through at least January 15. (Note that Idaho is an exception: Open enrollment in Idaho starts and ends earlier, running from October 15 to December 15. Idaho is the only state where open enrollment for 2023 coverage will end before the start of the year.)

So in most states, the enrollment schedule will follow the same timeframe that was used last year. And in most states, you’ll need to enroll by December 15 in order to have your coverage take effect on January 1. Enrolling after December 15 will generally result in a February 1 effective date.

One caveat to keep in mind: If your current health plan is terminating at the end of 2022 and not available for renewal, you can select a new plan as late as December 31 and still have it take effect January 1.

Although open enrollment continues through at least mid-January in most states, it’s generally in your best interest to finalize your plan selection in time to have the coverage in force on January 1.

In most states, that means you’ll need to enroll or make a plan change by December 15. In terms of the effective date of your coverage, there’s no difference between enrolling on November 1 versus December 15. But waiting until the last minute might feel a bit more stressful, and you might have trouble finding an enrollment assister who can help you at that point. You don’t need to be the first person in line, but it’s good to give yourself a bit of wiggle room in case you run into glitches with the enrollment process or find that you’d like assistance with some or all of it.

Rest assured, however, that open enrollment continues until at least mid-January in most states. So if there’s no way for you to get signed up in the earlier part of the enrollment window, you can most likely complete the process after the start of the year and have coverage in effect as of February.

As is always the case, there will be some fluctuation in terms of which insurers offer individual/family health coverage for 2023. For the last several years, the general trend has been toward increased insurer participation in the exchanges. Here’s more about what we saw in 2020, 2021, and 2022.)

That trend is continuing in 2023, with new insurers joining (or rejoining) the exchanges in many states. But there are also some significant insurer exits that existing enrollees need to be aware of.

Several insurers are joining exchanges in the following states for 2023:

But there are also some insurers exiting the marketplaces in several states, including:

Last year, we detailed the things that people need to keep in mind if a new insurer is joining the exchange. All of those points are still applicable for people in areas where new insurers will offer plans in 2023.

The main takeaway point is that it’s important to actively compare your available plan options, as opposed to just letting your existing plan auto-renew. One of the new plans (or another existing plan) might end up being a better fit for your needs. But it’s also possible that the benchmark plan’s pricing could change significantly, affecting the amount of your subsidy. If the price of your current plan shoots up, a comparable plan will likely be available for about what you paid this year (if your income and family size haven’t changed).

It’s also worth keeping in mind that the insurer’s estimate of what you’re likely to pay in the coming year, provided in a letter this fall, may be inaccurate – again, because of a shift in its pricing relationship to this year’s benchmark plan. You’ll get a separate letter from the exchange with details about your subsidy amount for 2023 and the amount you’ll pay if you let your current plan renew. But it’s also essential to log onto the exchange, update your information, and learn what your current plan and alternative plans will cost in 2023.


Who will be helped by the 'family glitch fix'?

Ever since ACA-compliant plans debuted in the fall of 2013, people have been ineligible for subsidies if they’re eligible for an employer-sponsored health plan that’s considered affordable. And the affordability determination has always been based on the cost of employee-only coverage, without taking into account the cost to add family members to the plan. But if the employer-sponsored plan was deemed affordable, the entire family was ineligible for subsidies in the marketplace, as long as they were eligible to be added to the employer’s plan. This is known as the “family glitch,” and it has put affordable health coverage out of reach for millions of Americans over the years.

Earlier this year, the IRS proposed a long-awaited fix for the family glitch, which was finalized a few weeks prior to the start of open enrollment. Under the new rules, the marketplace will do two separate affordability determinations when a family has access to an employer’s plan: one for the employee, and one for total family coverage. If the employee’s coverage is considered affordable but the family’s is not, the rest of the family will potentially be eligible for subsidies in the marketplace.

Some families will still find that they prefer to use the employer’s plan, despite the cost. But some will find that it’s beneficial to put some or all of the family members on a marketplace plan, even while the employee continues to have employer-sponsored coverage.

The main point to keep in mind here is that it’s important to double-check your marketplace options during open enrollment – even if you looked in the past and weren’t eligible for subsidies due to an offer of employer-sponsored coverage.

How are ACA premiums changing for 2023?

The only way to know for sure what your 2023 premium will be is to watch for correspondence from your insurer and exchange. They will notify you this fall about changes to your plan for 2023, including the new premium (and subsidy amount if you’re subsidy-eligible; most people are).

There’s a lot of variation from one plan to another in terms of pricing changes, and your net (after-subsidy) premium will also depend on how much your subsidy changes for 2023. But here’s a general overview of what to keep in mind:

You can start doing your plan shopping research now

And if you’re currently uninsured or enrolled in non-ACA-compliant coverage, you’ll definitely want to look at the plan options that are available to you during open enrollment, and check your eligibility for subsidies. You might be surprised to see how affordable your coverage can be. The average enrollee is paying $133/month this year, and more than a quarter of enrollees are paying less than $10/month. Although specific plan prices change from one year to the next, this same overall level of affordability will continue in 2023.