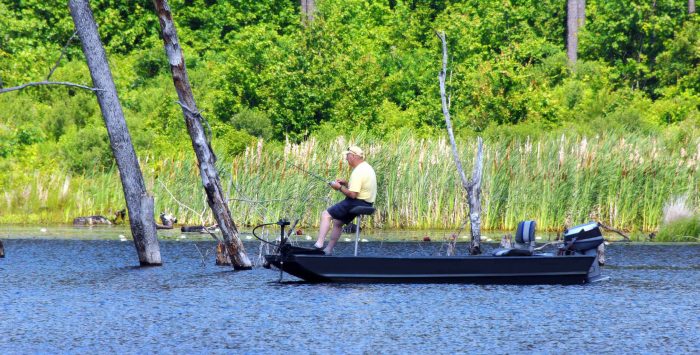 As of mid-2022, there were 657,172 residents with Medicare in Arkansas. That’s more than 21% of the state’s population, versus about 19% of the total US population enrolled in Medicare.

Medicare enrollment happens for most Americans when they turn 65 — either automatically, if they’re already receiving Social Security or Railroad Retirement benefits, or during a seven-month enrollment window when they can complete the process of filing for Medicare benefits.

But Medicare eligibility is also triggered for younger people if they’re disabled and have been receiving disability benefits for 24 months, or if they have ALS or end-stage renal disease.

Nationwide, about 12% of Medicare beneficiaries are under the age of 65, but almost 19% of the people with Medicare in Arkansas are eligible due to disability rather than age.

Original Medicare does not limit out-of-pocket healthcare costs, so most enrollees maintain some form of supplemental coverage. More than half of Original Medicare beneficiaries get their supplemental coverage through an employer-sponsored plan or Medicaid. But for those who don’t, Medigap plans (also known as Medicare supplement plans) will pay some or all of the out-of-pocket costs they would otherwise have to pay if they had only Original Medicare. According to an AHIP analysis, 191,898 people had Medigap coverage in Arkansas as of 2020. This was down from 214,079 people as of 2019 (Medigap plans cannot be used with Medicare Advantage, and enrollment in Medicare Advantage has been growing faster than total Medicare enrollment in Arkansas).

Medigap plans are sold by private insurers, but the plans are standardized under federal rules. There are ten different plan designs (differentiated by letters, A through N), and the benefits offered by a particular plan (Plan A, Plan F, etc.) are the same regardless of which insurer sells the plan. Pricing, however, varies from one insurer to another.

There are 58 insurance companies that offer Medigap plans in Arkansas. Medigap insurers in the state are required to maintain minimum loss ratios of at least 65% for individual policies, and at least 75% for employer group policies. This means that at least 65% (or 75% for group plans) of the premium revenue that the insurers bring in must be spent on enrollees’ healthcare claims.

People who aren’t yet 65 can enroll in Medicare if they’re disabled and have been receiving disability benefits for at least two years or if they have ALS or kidney failure, and about 19% of Arkansas Medicare beneficiaries are under age 65. Federal rules do not guarantee access to Medigap plans for people who are under 65, but the majority of the states have implemented rules to ensure that disabled Medicare beneficiaries have at least some access to Medigap plans. Arkansas joined them in 2018, with a law that was enacted in 2017 (Act 684). The law called for the Arkansas Insurance Department to amend the state’s rules so that people under age 65 would be able to purchase Medigap coverage by 2018 (prior to that, Medigap insurers in Arkansas did not have to sell plans to people under the age of 65).

In early 2018, the Arkansas Insurance Department announced that as of July 2018, Medigap insurers in the state would have to offer at least one Medigap plan to Medicare beneficiaries under the age of 65. Insurers can pick which plan they want to offer to disabled enrollees, and nearly all of them have chosen Plan A (the least comprehensive Medigap plan), although a few insurers offer other options. There is no requirement that Arkansas Medigap insurers extend the “no age rating” rule to people under the age of 65, and most of the insurers charge significantly higher premiums for disabled enrollees.

Disabled Medicare beneficiaries have another Medigap open enrollment period when they turn 65. At that point, they can switch to a plan with the lower premiums that apply to people who are aging into Medicare, rather than qualifying due to disability.

There are 23 stand-alone Medicare Part D plan options for sale in Arkansas for 2023 coverage, with premiums that range from about $8 to $152/month.

Medicare Part D enrollment is available when a beneficiary is first eligible for Medicare. And the same fall enrollment window that applies to Medicare Advantage plans also applies to Medicare Part D plans. So Medicare beneficiaries can change to a different Part D plan during the window from October 15 to December 7 each year, with coverage effective January 1. People who didn’t enroll when they were first eligible can add a Part D plan during this window, although a late enrollment penalty can apply if the person didn’t have creditable drug coverage during the time they delayed their enrollment in Part D coverage.


How does Medicaid provide financial assistance to Medicare beneficiaries in Arkansas?

Our guide to financial assistance for Medicare enrollees in Arkansas includes overviews of these benefits, including Medicare Savings Programs, long-term care coverage, and eligibility guidelines for assistance.

If you have questions about Medicare eligibility in Arkansas, Medicare enrollment in Arkansas, or need general information about health coverage for seniors, you can contact the Arkansas Senior Health Insurance Information Program (SHIIP). This state-based resource is designed to provide assistance on a wide range of Medicare-related questions.

Medicare Improvement for Patients and Providers (Part of Arkansas SHIIP)

The Arkansas Insurance Department’s Senior Health Page includes a variety of resources and information that are useful for people with Medicare in Arkansas.

The Medicare Rights Center is a nationwide service that can provide assistance and information regarding Medicare enrollment, eligibility, and benefits.